Ocon in for Hulkenberg as he secures F1 return; Frenchman will partner Ricciardo bext year; Hulk linked with Haas drive

Esteban Ocon is returning to Formula 1 next year after signing a deal with Renault, replacing Nico Hulkenberg.

The highly-rated Ocon sat out the 2019 campaign as a Mercedes reserve but, after missing out on a Silver Arrows seat, has been confirmed as Daniel Ricciardo's Renault team-mate for F1 2020.

Bottas stays at Mercedes for 2020

"I am very proud to become a Renault driver," said Ocon, who has agreed a two-year contract with the French team.

"I have grown up at Enstone, starting with Lotus in 2010 and then with Renault. I am very attached to this team and everyone who works there; they are the ones who opened the doors of top level motorsport for me.

"Secondly, I am pleased that a team with big ambitions has entrusted me with the opportunity to once again demonstrate my skills at the highest level of F1. It is a responsibility I take very seriously.

"The confidence they have in me to help the progression of the team is a very positive pressure and I look forward to giving the best of myself." 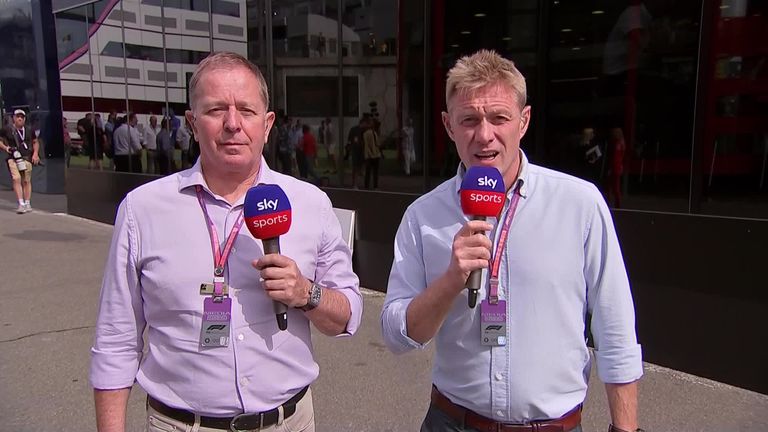 After gaining experience as a Renault reserve driver in 2016, Ocon shone with Manor at the end of that season before impressing at Force India, now Racing Point, in the following two seasons.

He missed out on an F1 seat in 2019, partly due to Ricciardo's shock move to Renault, but was welcomed back to Mercedes, who were tempted to draft in Ocon as Lewis Hamilton's team-mate for next season.

But the world champions eventually opted for Valtteri Bottas, which opened the door for Renault to swoop in for Ocon.

"He has shown his ability to score points, has great professionalism on and off the track, plus his recent experience as reserve driver to the current world champions will be a valuable asset to the development of our entire team," said Renault boss Cyril Abiteboul.

What now for Hulkenberg?
Ocon's move will bring Hulkenberg's three-year stay with the team to an end.

Hulkenberg, who joined Renault in 2017, was Renault's first major signing after returning to F1 but while the German has been consistent, he has been out-performed by Ricciardo this year and is still without a first podium in the sport.

Hulkenberg wants to remain in F1 and could be an option for Haas, who are considering replacing Romain Grosjean.

He tweeted that Renault's choice was "not only about performance":

It is well known that the choice of drivers is not only about performance, it is a whole bundle of factors. But that's the way it is. Surely we would all have liked to see it differently..

.. but nevertheless, I'll keep my focus and try to reach the maximum success for our team in the remaining races!

With regard to 2020, I am confident to find a good solution, but there is nothing to announce at the moment.

Abiteboul paid tribute to Hulkenberg, stating: "I wish to thank Nico for his phenomenal involvement and massive contribution to our progress over the past three seasons.

"When Nico decided to join us, the team was ninth. He brought us to fourth place last year, and was classified seventh in the drivers' championship.

"The imminent end of his contract made this decision a difficult one as Nico has been a pillar of this progress."

Hulkenberg is currently 13th in the drivers' standings, while Renault are sixth in the Constructors' Championship.

Don't miss out when the season resumes at the Belgian GP this weekend on Sky Sports F1. Find out more here to subscribe