It was a difficult weekend for everyone at Spa. What should have been a joyous and exciting return from a month of summer holidays turned into a sombre and heartbreaking weekend where the young Formula 2 driver Anthoine Hubert was fatally injured in an accident on Saturday evening.

For those who didn't know him, Anthoine Hubert was a rising star on the ladder to Formula 1. His Father Francois was a rally driver but Anthoine took to the race track instead, winning the French F4 title in his first season of car racing.

F1 drivers: We raced for Hubert

The 22-year-old Frenchman won the GP3 Championship last season and was rewarded with a contract with the Renault F1 team's Driver Academy. Anthoine graduated to F2 this year and immediately impressed winning at Monaco and on home soil in France, and was in line for a seat with one of the top teams in the F2 series for next year.

I personally didn't really know Anthoine - I had only met him a couple of times in the paddock with some mutual friends, but by all accounts he was a lovely and popular young man. I was interviewing Charles Leclerc after Qualifying at the Skypad when the accident happened and neither of us knew how bad it was or in fact that it was a close friend of his who was involved. The reaction from greats such as Lewis Hamilton and Alain Prost told you just how shaken we are these days when we lose a driver. 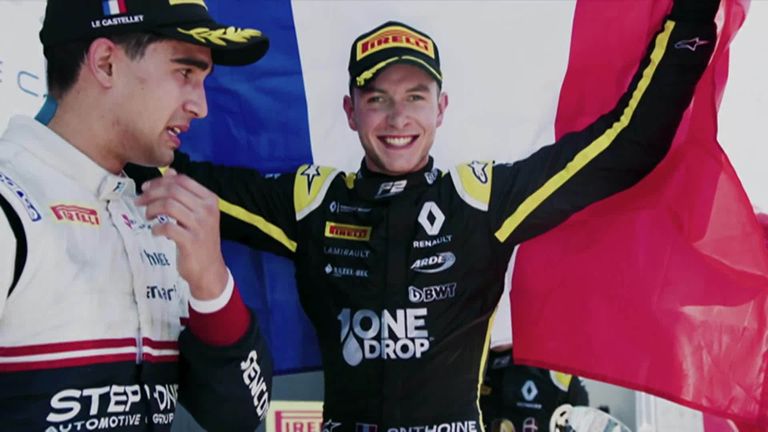 There were a lot of people in the paddock - even in our Sky F1 team - and on social media who were wondering how drivers can carry on driving at high speeds through the very same corners and taking the same risks. That ability to disconnect from the outside world and focus when you put your helmet on is what makes racing drivers special.

I've been lucky that in 18 years of driving race cars, I've only once been involved in a race where someone has been killed. That was Allan Simonsen at Le Mans in 2013 and I remember hearing about it just as I had put my helmet on and my team-mate Brendon Hartley was coming into the pits for me to change over and get in the car. Perhaps the fact that I had to drive straight away and stay focussed for the next 22 hours meant that I - and all the other drivers in the race - were able to carry on driving flat out without thinking of the risks we were taking.

It's a defence mechanism that all racing drivers engage in their brain. That feeling of 'it won't happen to us' but every so often, tragically the sport reminds us of the dangers lurking just around the corner.

A terribly sad weekend for the sport but on track, @Charles_Leclerc was utterly brilliant... Pole position by 7 tenths over Vettel and showed better pace and tyre management on Sunday to take a very well deserved first win. pic.twitter.com/GSbl8KieM9

If you speak with Sir Jackie Stewart about the era he raced in, he will tell you that losing friends and rivals almost on a monthly basis wasn't uncommon and it's thanks to people like him and the FIA that we haven't lost as many drivers in recent times. There will be a full investigation of course and there will be lessons that everyone can learn but sadly motor sport is dangerous and every single driver - Anthoine included - accepts the risks every time we get into the cockpit of a racing car.

As for the Grand Prix itself, it was great to see Charles Leclerc finally get the win he deserved. He has driven superbly all through this season and after the disappointment of losing potential wins in Bahrain, Baku and Austria, it was good to see him finally get one over the line. Charles was devastating in Qualifying, beating his four-time World Champion team mate for the sixth consecutive Qualifying and this time by a massive seven-tenths of a second.

In the race he was able to break away from Sebastian with both better pace and better tyre management. It was a mighty performance although it all got a bit tricky at the end when Hamilton started to close down the gap. 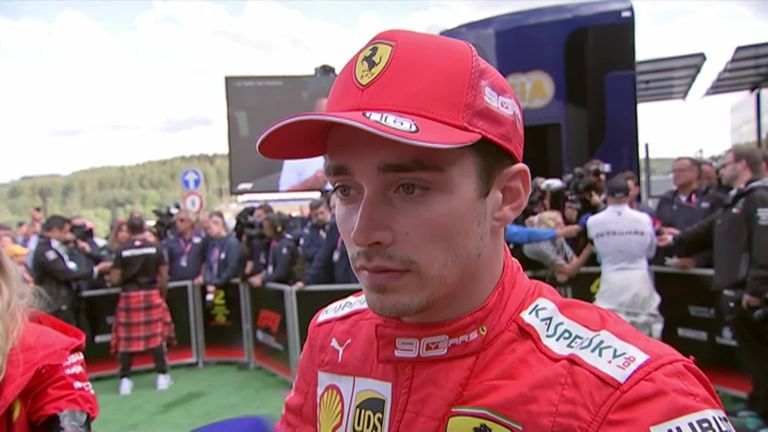 Mercedes were running more downforce than Ferrari and that of course made it difficult for them to overtake. It also meant that they had very good speed in the middle sector of the lap and so we had a cat and mouse game where one car was clearly quicker than the other at different parts of the track.

There's not a lot more that Mercedes could have done - perhaps a clean stop one lap earlier would have reduced the deficit to Leclerc by a couple of seconds but it's not really a race that you can criticise them about too much.

Vettel seemed to suffer with tyre degradation more than his young team-mate and I wonder if perhaps Ferrari could have tried to run a bit more downforce just to help him in the twistier middle sector of the lap because the advantage they had on the full power run through the first sector was absolutely massive.

Can Ferrari make it two on the spin?

When we go to Monza next weekend, Ferrari should have more of an advantage. There are less corners than we have at Spa and more importantly, only a few long corners which is where the front end grip of the Mercedes is a good step better than the red cars. They would have to do something very wrong not to deliver a victory in front of their adoring tifosi next week!

Lando Norris was very unlucky not to get a good result in 5th while Alex Albon inherited the place at the end after a good drive from 17th on the grid. The Thai driver did a good job on his first outing with the team - he was less than three tenths slower than Max Verstappen in Qualifying before he aborted his lap at the end due to the grid penalties which was a very good effort for his first session in the car.

In the race, he bided his time early on and then made solid progress in the second half to record a career best result.