By Matt Morlidge in Abu Dhabi

Lewis Hamilton says he's excited for an Abu Dhabi GP battle with Red Bull and Ferrari on Sunday, as the season's champion lines up on pole position ahead of the in-form Max Verstappen in F1's final 2019 showdown.

It will only be the second time Hamilton and Verstappen, arguably the season's most consistent performers, will form the front row together this year, with fireworks expected in the last race of a compelling campaign.

"There are three different teams starting on the first three positions, so I'm excited for people to watch," said Hamilton. "I think that's great for the sport."

The nighttime race around spectacular Yas Marina is live only on Sky Sports F1, with build-up from 11.30am and lights out at 1.10pm. 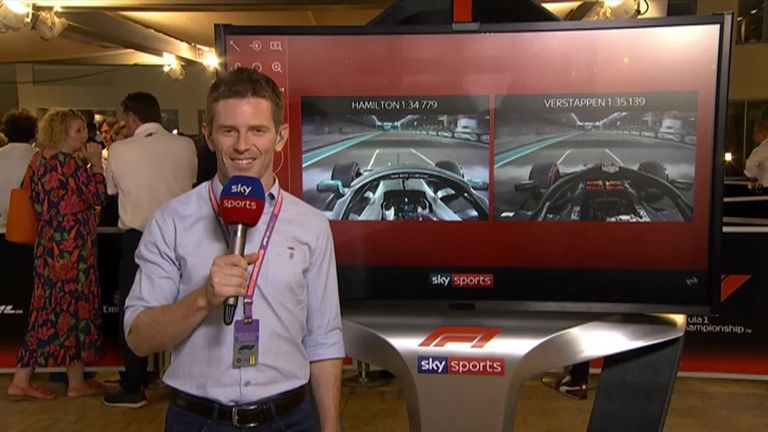 Can Red Bull stop Mercedes?
"It's great to see the team are continuing to push," Hamilton told Sky F1 after his first pole in nine races. "As much as it can still be frustrating, I'm still pushing."

Hamilton, who wrapped up his title two races ago in Austin, hasn't been alone in struggling somewhat in qualifying, with Mercedes as a team only securing one pole in eight since the summer break.

More often than not it has been Ferrari who have denied the world champions - but Red Bull, big improvers over 2019, were Mercedes' main threat in Saturday's Abu Dhabi shootout, as Verstappen eventually finished third, three-tenths off Hamilton, but moving up a place due to Valtteri Bottas' race day penalty.

Mercedes have been mighty through the final sector at Yas Marina, although Red Bull, armed with a Honda engine which now appears a match for their rivals on the straights, are expected to push the Silver Arrows. 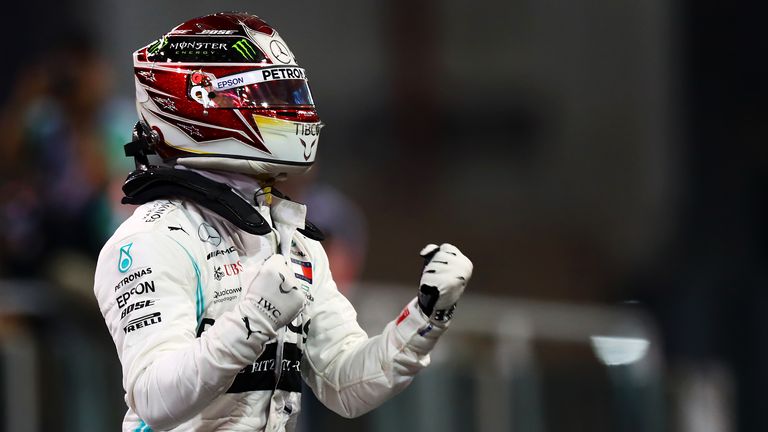 "I think more so on their engine, it's impressive to see what the engine's now stepped up to be," admitted Hamilton. "You've got Ferrari, Honda and Mercedes.

"People can't say we've got the best engine anymore, we are up there with everyone kind of on par and we'll work as hard as we can to put it back to be the best engine next year."

Like Hamilton, Verstappen will also be looking to cap off a superb year after emerging as Red Bull's maturing and incredibly impressive team leader.

He feels it would be an upset to beat Mercedes, but is in the best position to attack Hamilton at the start. 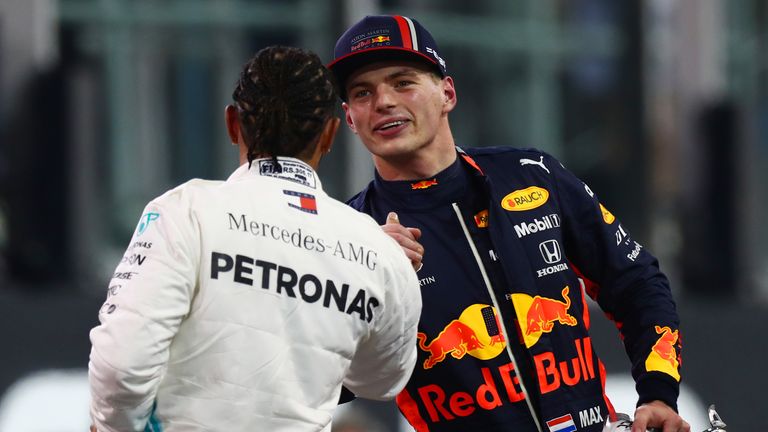 "Mercedes is just very dominant around here and sometimes there are some tracks which just suit your car better than others," he said.

"The start is always going to be important because it's quite hard to overtake around here. But, still, a long race, a lot of things can happen."

Are Ferrari in victory hunt too?
Ferrari would appear outsiders after lacking pace in qualifying, with the Scuderia struggling in that twisty final portion of the lap. But Mercedes still consider them a threat, particularly because of their straight-line speed advantage, and the fact they have split strategy with their drivers.

Leclerc will be the only driver from the top four starting the race on the quicker soft tyre, with Sebastian Vettel - behind his team-mate on the second row - joining Hamilton and Verstappen on the mediums.

"I think you can never write anyone off before a race," Mercedes boss Toto Wolff told reporters on Saturday. 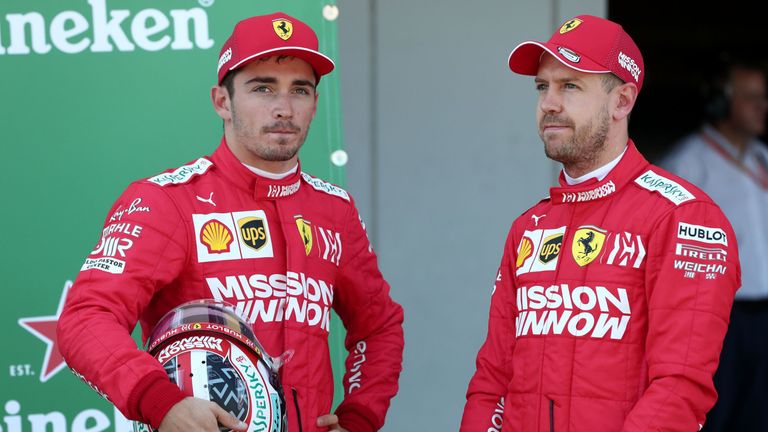 "I think Verstappen was the strongest in comparison to us on the long runs on Friday, but Ferrari are Ferrari. They are fast on the straights, that gives them an overtaking opportunity, and I think all of us will have a chance for the victory."

Added to the intrigue is the fact Leclerc declared he was ready to take "risks" in order to overhaul Verstappen for third place in the championship, with the Monegasque currently 11 points behind the Red Bull.

"Yes, definitely [it's still a race I can win]," he said. "I will take quite a bit of risk at the start. I need to take some risk and need to finish in front of Max for the championship, so I will give it all and see what happens."

Bottas will also be one to watch, with the Finn recovering from the back of the grid in a fast Mercedes with a fresh engine.