The F1 2019 season featured many intense wheel-to-wheel battles - but who pulled off the best overtake? Have your say in our vote. 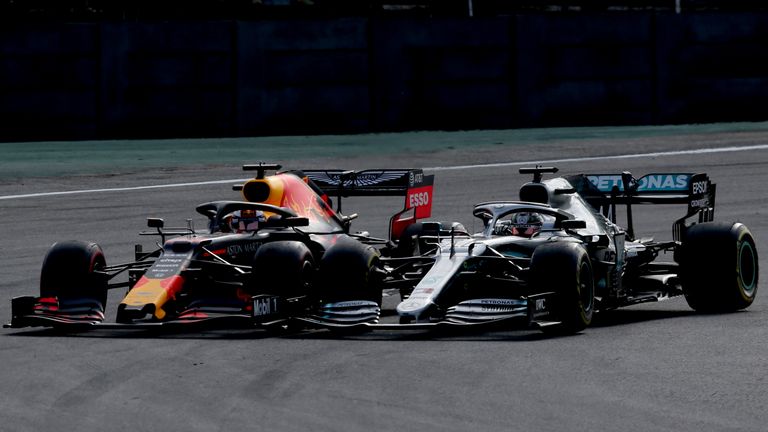 Bahrain GP: Lewis Hamilton on Sebastian Vettel
Hamilton and Vettel were battling over several laps at the second race of the season, with the Englishman eventually swooping around the outside of Turn Four with a sublime move. Vettel, caught off-guard, spun in Hamilton's wake. That also turned out to be the race-clinching pass for Hamilton due to Leclerc's reliability struggles.

Monaco GP: Charles Leclerc on Lando Norris
Leclerc was on a mission at his home race after starting down the field, and he caught Norris napping with a cheeky lunge up the inside of the tightest of hairpins. "That was pretty bold," said Sky F1's Martin Brundle at the time. You certainly don't see many F1 cars pass through there!

German GP: Sebastian Vettel's start in zero visibility
Overtaking on the first lap from the back of the grid is tricky in any conditions, let alone in torrential rain. But that's just what Vettel did at Hockenheim, as he somehow made up six places despite barely being able to see cars ahead of him. That start proved to be crucial, as Vettel went on to finish a crazy race in second.

Brazilian GP: Max Verstappen on Lewis Hamilton
Verstappen lost his Interlagos lead after a pit-lane disaster, but immediately took it back off Hamilton with a blistering surge up the straight before darting down the inside of Hamilton into T1. You have to produce something pretty special to get ahead of the six-time champion, and this was.

Brazilian GP: Alex Albon on Sebastian Vettel
He may have been an F1 rookie in just his eighth race for Red Bull, but Albon showed no fear as he surged around the outside of the Ferrari into T1 following the Safety Car restart - a move which propelled him into podium contention and eventually led to Vettel colliding with team-mate Leclerc.