F1's class of 2020 completed as Racing Point unveil new pink car; Perez and Stroll aiming to bring team back to top of midfield 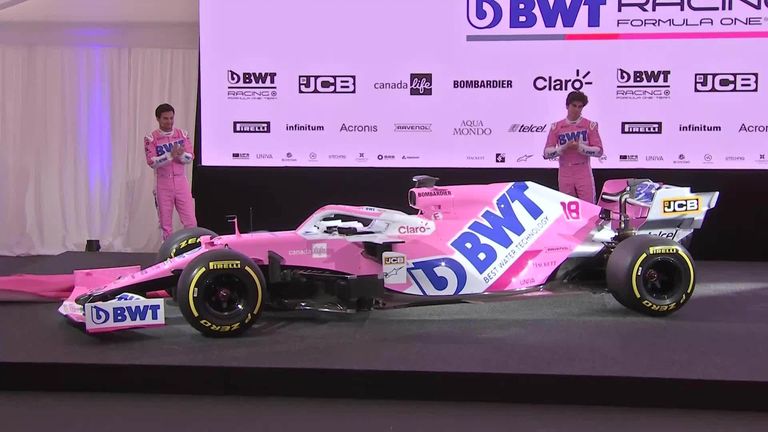 Racing Point have completed Formula 1's class of 2020 by becoming the 10th and final team to launch their car for the new season.

In what will prove the second and final season under the Racing Point name, before the Silverstone outfit is rebranded as Aston Martin for 2021, Sergio Perez and Lance Stroll will spearhead their attempt to improve on seventh place in last year's Constructors' Championship.

The outfit's latest unique pink-liveried contender, the RP20, was unveiled in Mondsee, Austria, with BWT becoming their new title partner.

"We want to be at the top of the midfield and closer to the top three than ever before," said team principal Otmar Szafnauer.

Perez, still widely considered as one of F1's most consistent drivers, will start his seventh season with the team in 2020 and will once again be partnered by Stroll, the son of the team's owner, Lawrence.

"The team has never been in such a good position for the start of a season," Perez told Sky Sports.

How high a finish in the final year of Racing Point?
2020 will mark Racing Point's second, and final, full season in Formula 1, having rebranded from the Force India name halfway through 2018 upon billionaire Lawrence Stroll's takeover.

That team were long regarded as F1's overachievers - finishing fourth in consecutive years in 2016 and 2017 before hitting financial problems. 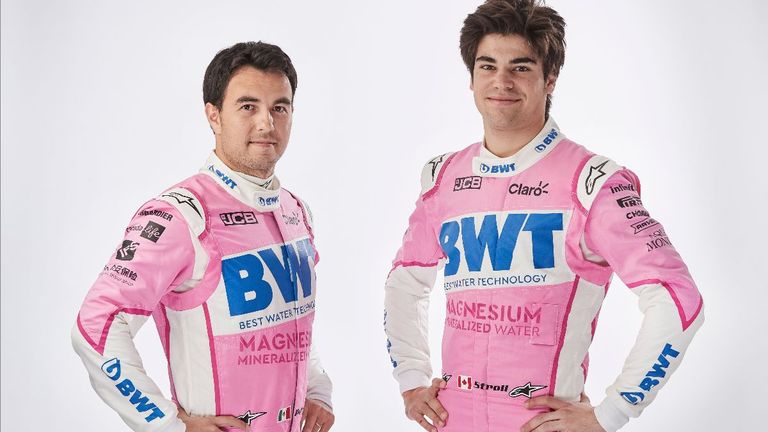 They slipped back last season, finishing behind the likes of McLaren, Renault and Toro Rosso, but the team have lofty ambitions for 2020 beyond, especially when they become the Aston Martin team next year.

Szafnauer said the aim is "to establish Aston Martin as one of the top teams in the sport" upon their manufacturer transition.

Watch all six days of F1 Testing live on Sky Sports F1 - for the very first time. Test One begins on February 19, with eight hours of daily track coverage underway from 8am. Subscribe to F1 on Sky Sports here.