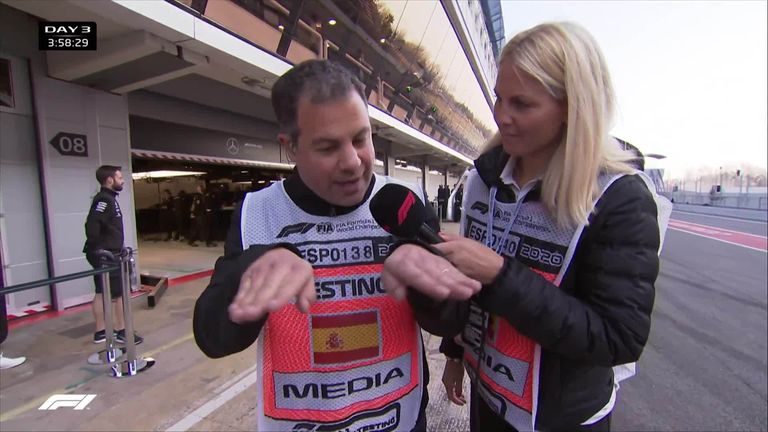 Sebastian Vettel has had his say on Mercedes' new "weird" 'DAS' system, comparing the wheel to a plane's joystick and claiming it must be like "running in flip-flops" for their drivers.

The Ferrari driver also doubts it will give Mercedes' the "ticket to win" in F1 2020.

Mercedes debuted the innovative Dual-Axis Steering system on the second day of winter testing, causing a stir in the paddock as Lewis Hamilton and Valtteri Bottas were, via on-boards, seen pulling their wheel towards them on the straights, and pushing it back into a normal position through the corners.

What is DAS? Mercedes wheel explainer

Whether it's giving Mercedes a performance advantage has yet to be determined, but Vettel said Ferrari - the Silver Arrows' main title rivals in the last three seasons - had watched the footage in interest.

"For sure it was a novelty for us to see," the four-time world champion told reporters in Barcelona. 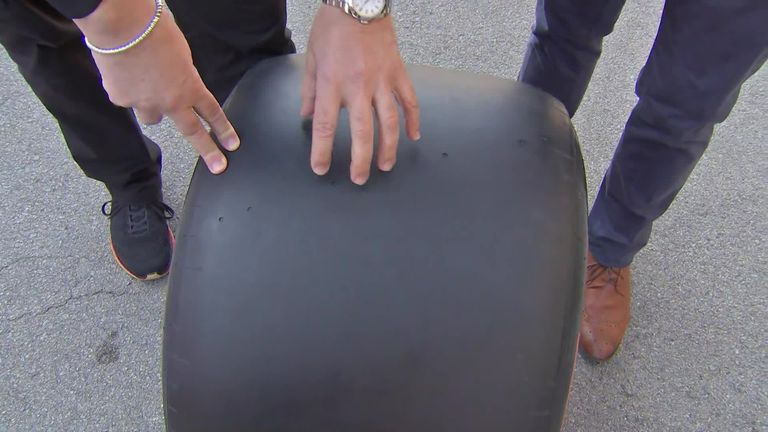 "I think it's quite weird, when you have the feeling all of a sudden, you might have the wheel in your hand. I could just imagine it feels weird. But if it's faster and there's no concern you go for the faster option."

Hamilton said the device - which appeared to trigger movement in the Mercedes W11's front wheels - gave him no issues in the car, although Vettel wondered how difficult it must be to use.

"Obviously if it's true that it's doing something then the steering wheel becomes more than just a steering wheel, one which you push and pull," he said. "A bit more like a plane!

"I guess it has been a bit of a project, probably not that easy. I imagine it's not that familiar in the car but you can get used to a lot of things."

Expanding on his curiosity, Vettel added: "Imagine you are used to do running and you put on your running shoes, and then someone asked you to run in flip-flops. You can also do that, but it just feels very different.

"Obviously it's not quite that extreme, but it's just that you add something that's completely new and feels probably strange and new at first, but obviously if it gives you an advantage, and an edge, then you can fulfil the task and with enough practice, then why not?

"It looks easy to push and pull the steering wheel at certain points of the track but it's probably not as straight-forward."

I sensed that there was a frustration in the back of Seb's mind that Ferrari hadn't thought of this first.

Vettel said he was not sure if Mercedes would keep running the DAS during the season, but the fact that they brought it to testing likely "means it's legal".

But while unsure of how much of an "edge" it is giving the Mercedes drivers, Vettel was confident it wouldn't be a 'game changer' in the F1 2020 title race when asked by Sky Sports News' Craig Slater.

"Maybe I'm underestimating but I don't think this is the ticket to win. I think there are a lot more elements to make a competitive car.

"For sure, it's an innovation and we'll see if it's something that everyone has to pick up on or not."