"It's good that Lewis as a sports superstar is the one up front with it in a sport that is very much dominated by white males," says Wolff 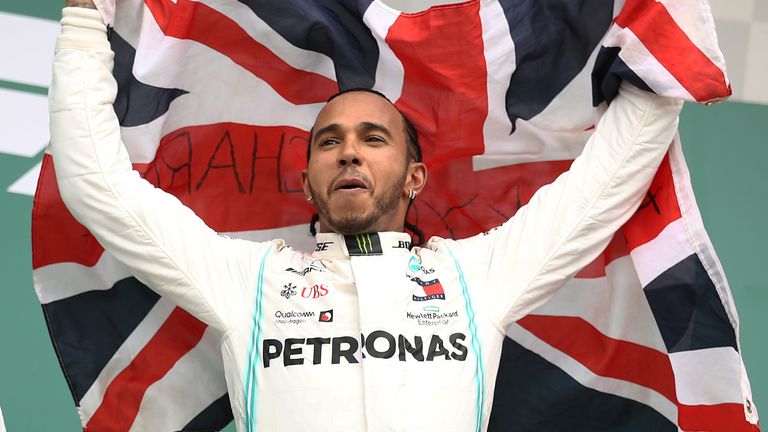 Mercedes team principal Toto Wolff says he fully supports Lewis Hamilton speaking out against racism and has described the six-time world champion as an "ambassador of this sport".

Hamilton has posted messages on social media in recent days decrying the situation in the United States after George Floyd died on May 25 after a white police officer held him down by pressing a knee into his neck.

The incident has sparked large protests across the United States.

Hamilton said he felt "completely overcome with rage" and felt "so much anger, sadness and disbelief in what my eyes have seen".

"We know that Lewis is always a strong supporter of any minorities," said Wolff. "To be honest, I have learned a lot from him as well.

"He has asked me the question once 'have you ever had the active thought that you are white?' And I said 'no, actually I have never thought about it' and he said 'well, you know, I need to think about it every day because I am being made aware that I am [black]'.

"Therefore, it's very difficult for us to comprehend how difficult it is and therefore I am happy and supportive that he has come out vocal. He is one of the ambassadors of this sport and I think it's good."

Hamilton had called on the F1 community to speak out and end what he felt was "silence" on the matter. A number of his fellow drivers and teams, including Mercedes, have since posted on social media, while the sport itself has also delivered a message of solidarity.

Asked what he felt F1 could do to help make a change and improve diversity, Wolff replied: "I was lucky enough that I was raised in a household with different nationalities. That I lived with a Jewish family for a long time when my family faced tough times and I saw what discrimination looked like as a child already.

"All of us have the power to make a change and sometimes it needs events, like the ones that happened a few days ago in the US, to trigger a massive wave of support for any minority.

We stand with all those fighting against racism in any form pic.twitter.com/hAfVG5ci1J

"It's good that Lewis as a sports superstar is the one up front with it in a sport that is very much dominated by white males. We as a team encourage diversity and we choose our people purely on performance and don't look at any culture or religion or skin colour.

"All of us can make a difference. Every single one of us must be part of a movement to stop these kind of things happening."