The German FA will not take action against Jadon Sancho and other Bundesliga players who displayed anti-racism messages following the death of George Floyd.

Dortmund and England winger Sancho, along with Marcus Thuram, Achraf Hakimi and Weston McKennie all could have faced sanctions for their reactions to George Floyd's death in Minneapolis.

Sancho was shown a yellow card which will not be annulled as it was given for him removing his shirt.

"The committee also wants to maintain this line in the event of renewed anti-racism campaigns on the occasion of the violent death of George Floyd on the coming match days," read a DFB statement. 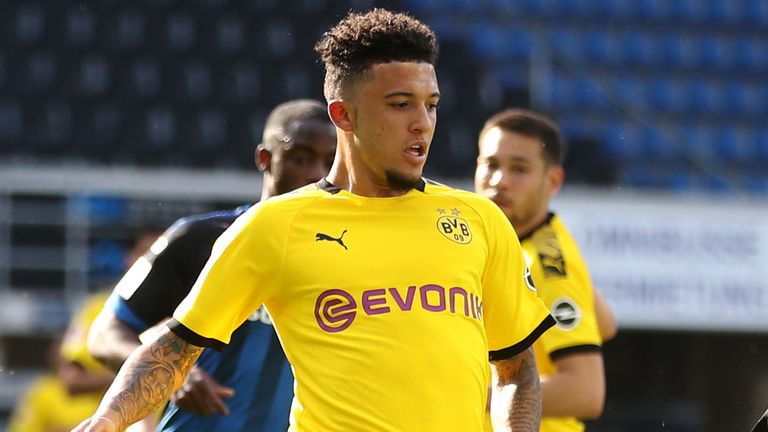 Jadon Sancho does not deserve punishment for his tribute to George Floyd, according to the PFA’s deputy chief executive Bobby Barnes

"I expressly welcome the far-sighted decision of the DFB Control Committee and am very happy about it," said DFB President Fritz Keller in the message.

"The association strongly opposes any form of racism, which is why the actions of the players have our respect and understanding."

FIFA tells FAs to use common sense over protests

FIFA has urged competition organisers to use "common sense" when considering whether to punish players for protesting against the death of Floyd during matches.

The Football Association in England has promised to take a "common-sense approach" to players involved in gestures or behaviour promoting the anti-discrimination message.

An FA statement read: "The FA strongly condemns discrimination of any kind and has endeavoured to ensure that football in England is both diverse and inclusive in recent years.

"Where any behaviours or gestures on the pitch that may constitute a breach of the laws of the game have to be assessed, they would be reviewed on a case-by-case basis with a common-sense approach and understanding of their context.

'Sport can help make a difference'

Bayern Munich forward Thomas Muller believes he and other athletes can help with the fight against racism. 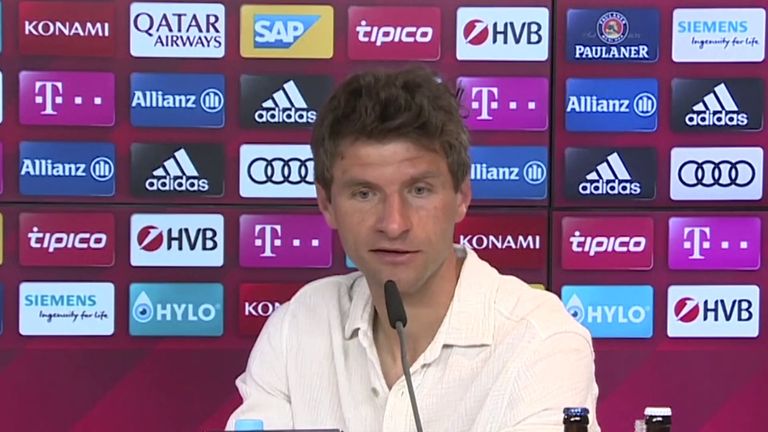 "Sport has the power to bring people together and speak with one tongue," Muller said.

"Everybody lives his life through his own eyes. Sometimes we have to look to our team-mate, to the other person and try and share love.

"We [need] to try and show to the world we are a community and we are strong together. We have so many different people in sport , it doesn't matter the colour."

Inter Milan striker Romelu Lukaku was the subject of racist abuse in a Serie A game last year.

The Belgian tweeted: "Dear black women. I adore you! Thank you for holding it down for us through all the madness you have to go through. Thank you for being supportive while our backs are against the wall.. You are our backbone and I appreciate every single one of you.

"Dear black men I salute you! Many people trying to take us down but we still stand tall.. from birth we're with our backs against the wall but some of us make it. It's time unify and prepare the younger generation and tell them they can be great!! Keep marching peacefully and keep spraying the message.