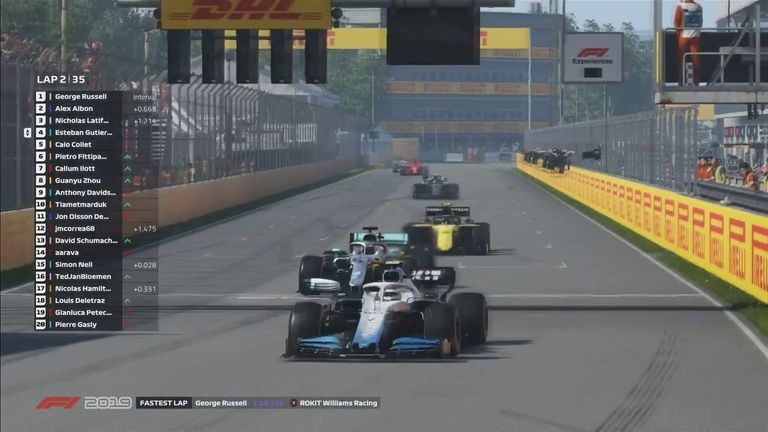 George Russell will head back to F1's real-racing world next month as the undisputed king of the Esports one after claiming a fourth straight win, in the final edition of the Virtual GP series.

In keeping with recent races, Russell was unstoppable up front at the computerised version of Canada's Circuit Gilles Villeneuve and this time beat Red Bull rival and long-time friend Alex Albon by six seconds on the road - which became 15 seconds in the final classification once three time penalties were factored in.

When does F1 return: The first dates for 2020 season

With Charles Leclerc not taking part in the finale, Russell was already guaranteed to take the honours in the 'points' standings for the overall series and so - unofficially at least - he took the crown as champion.

Esteban Gutierrez was third for Mercedes, who missed out on a race victory in F1's virtual world.

Debutant Caio Collet, 18, was fourth for Renault, but AlphaTauri's Pierre Gasly was disqualified.

Underling the differences between the real and virtual racing world, Albon was told by his race engineer at one point that Russell had offered to slow down up front to make it more interesting. Having gained a sizeable lead over his competitors in the virtual Canadian GP, Williams' George Russell asks whether he should slow down to give the fans a show in the final laps!

But there was ultimately no such charity from the dominant Englishman, who recently remarked that victories in the Virtual GP series were doing wonders for his profile.

"It may not be the real thing but it's been such a buzz battling for wins with the lads again these past months. I'd missed that feeling!" tweeted Russell.

"Enjoyed the series way more than I expected. No matter what you do you've gotta give it everything! #VirtualGP Champ... cheers everyone!"

It may not be the real thing but it’s been such a buzz battling for wins with the lads again these past months. I’d missed that feeling!

Enjoyed the series way more than I expected. No matter what you do you’ve gotta give it everything!#VirtualGP Champ... cheers everyone! 🏆🙌 pic.twitter.com/HQmF13YlA0

F1's return to racing at the Austrian GP at the start of July is unlikely to prove quite so eye-catching for Russell, with Williams still playing catch up after two seasons at the back of the grid.

However, after a more promising pre-season back in February, the Grove squad are optimistic of a more competitive 2020 - even if a repeat of Russell's Esports wins are somewhat unlikely. 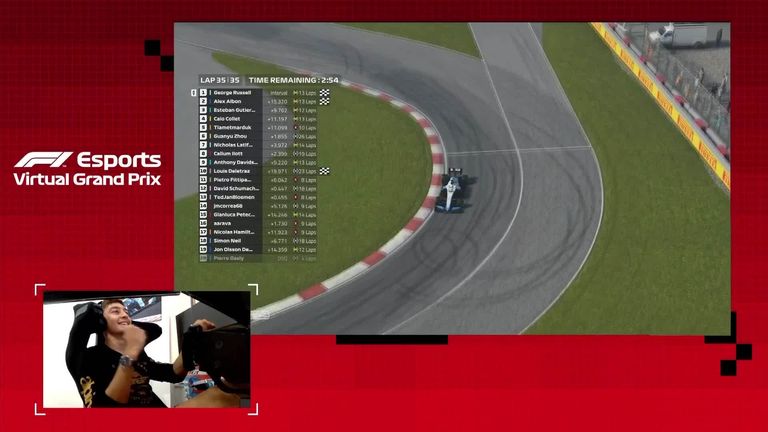