Fernando Alonso is back: Renault confirm Formula 1 return for 2021

Alonso signs two-year deal to return to F1 after two seasons off the grid; He will partner Ocon in third different stint driving for Renault

Fernando Alonso will return to Formula 1 in 2021 after Renault confirmed the two-time world champion as Daniel Ricciardo's replacement.

The Spaniard has agreed an initial two-year deal to rejoin Renault for a third stint at the Enstone team where he won his two titles in 2005-2006.

Alonso, one of the most successful, determined yet controversial stars of recent F1 history, will partner Esteban Ocon in 2021 - after two seasons off the grid - with Ricciardo already signed by McLaren.

"It's a great source of pride and with an immense emotion I'm returning to the team that gave me my chance at the start of my career and which now gives me the opportunity to return to the highest level," said Alonso.

"The team wants and has the means to get back on the podium, as do I."

Renault haven't had a car on the podium in almost 10 years, but will hope Alonso helps them build up to race-challenging form ahead of 2022's big F1 rule changes.

Alonso's two-year deal means he is set to be on the grid for that season, during which he will turn 41.

"The signing of Fernando Alonso is part of Renault's plan to continue its commitment to F1 and to return to the top of the field," insisted team boss Cyril Abiteboul.

“Renault is my family, my fondest memories in Formula One with my two World Championship titles, but I'm now looking ahead. It's a great source of pride and with an immense emotion I’m returning to the team [...]" - @alo_oficial #RSspirit pic.twitter.com/H9tUKpr4OI

"The strength of the bond between him, the team and the fans make him a natural choice. In addition to past successes, it is a bold mutual choice as well as a project for the future. His experience and determination will enable us to get the best out of each other to take the team towards the excellence that modern Formula 1 demands.

"He will also bring to our team, which has grown very fast, a culture of racing and winning to overcome hurdles together." 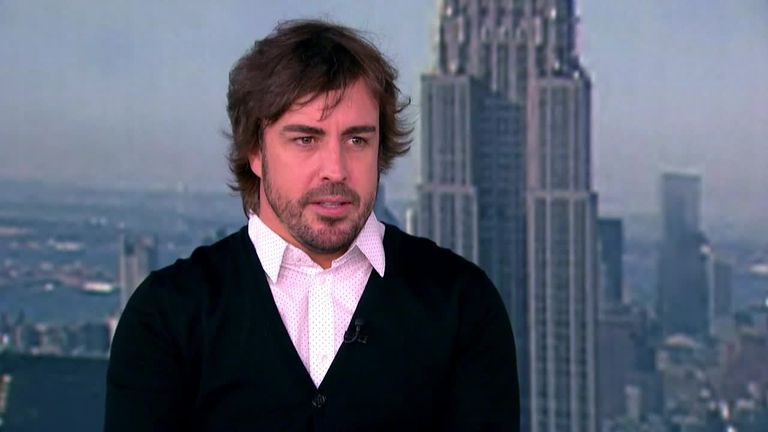 The return of an F1 icon - and a boost for Renault

Alonso left McLaren at the end of 2018 after four disappointing and often-turbulent seasons and walked away from the F1 grid to pursue other racing disciplines, including the Indianapolis 500 and World Endurance Championship - where he became a world champion again, with Toyota.

The Spaniard is making a third attempt at Indy with McLaren's new full-time team at the rescheduled Brickyard race in August. A win at Indianapolis would mean Alonso becomes just the second driver after Graham Hill to claim the 'Triple Crown' of victories at the Monaco GP, Le Mans 24 Hours and Indy 500.

But he never fully shut the door on an F1 comeback, despite turning 39 later this month and already competing in more than 300 grands prix since his debut aged 19 with Minardi in 2001.

Alonso has won 32 grands prix across three teams - Renault, McLaren and Ferrari - but found himself thwarted in attempts to win a third world crown, coming within a handful of points in each of 2007, 2010 and 2012.

He last won a race in 2013, with his most-recent podium achieved a year later.

His final years with McLaren, three of which powered by Honda, saw Alonso grow frustrated with a lack of opportunities to break the stranglehold enjoyed by Mercedes, but the Spaniard still dominated his team-mates.

The signing of the two-time world champion will act as an important boost for Renault's F1 project after seven-time race winner and current team leader Ricciardo in May opted to switch to rivals McLaren for next season.

Renault, who slipped to fifth in last year's Constructors' Championship after a promising fourth-place finish the year before, have reiterated their F1 commitment in recent weeks and are targeting the introduction of a budget cap in 2021 and the delayed technical overhaul of cars in 2022 to close the gap on the top three teams.

Alonso's return will also end speculation that Sebastian Vettel, dropped by Ferrari for 2021 to make way for McLaren's Carlos Sainz, could join the team next to Ocon.

Kimi Raikkonen is currently F1's oldest driver at 40, with the Finn taking his own two-year F1 'sabbatical' earlier in his career.

'He's one of the all-time greats': Martin Brundle's verdict on Alonso comeback news
"It's good news that Renault are looking forward because we're concerned about any teams that might be thinking about leaving Formula 1. So that's very good news.

"Fernando Alonso picks a car up and carries it, and so is very exciting to watch. He does turn 39 on the 29th of this month and we've got a lot of young kids in there at the moment in their early 20s getting the job done. We thought there was a changing of the guard, and we were losing the older drivers.

"He will certainly drive the wheels off it, but whether the car is fast enough and whether he's still got the pace to match the youngsters now remains to be seen. But I suspect he'll have the pace.

"Fernando is pretty hot to handle, he's a tough cookie to have around, but I think he'll come back highly motivated and it's going to be fascinating. Where does he stand up against the likes of Verstappen and Leclerc if, indeed, he's got a car to go up against them?"