"Any and all suggestion of wrongdoing is firmly rejected," state Racing Point in strongly-worded statement after rivals Renault lodged post-race protest

Racing Point have hit back at what they have labelled Renault's "misconceived and poorly-informed" protest about the legality of their cars after the Styrian GP.

Renault lodged a protest with the stewards in the hours after Sunday's race against their rivals' RP20 car in effective culmination of a long-running saga since winter testing in February.

Renault said it had requested "clarification on the legality" of their rivals' car, which Racing Point have said has been influenced by last year's Mercedes. Stewards deemed the protest admissible on Sunday night, with the brake ducts on Racing Point's cars impounded for analysis by the FIA. Mercedes have also been asked to submit the brake air ducts on their 2019 car.

In a statement issued on Monday, Racing Point, who have always insisted they adhered to all F1's regulations in the design of the RP20, said they expected the protest to be dismissed when it is heard.

"BWT Racing Point F1 Team is extremely disappointed to see its results in the Styrian Grand Prix questioned by what it considers to be a misconceived and poorly informed protest," the statement read. 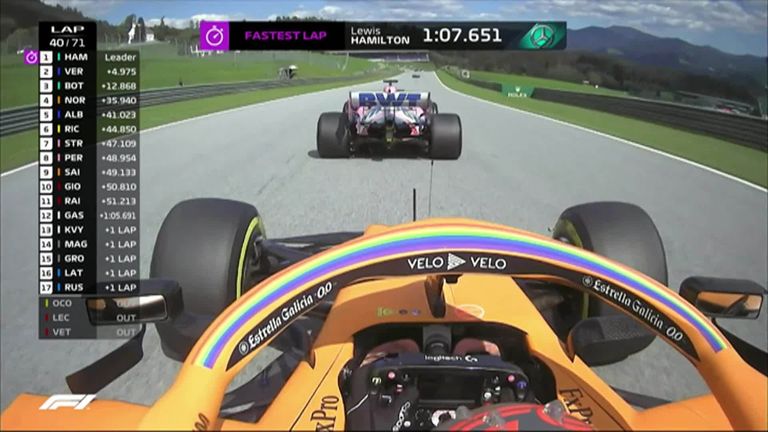 "Any and all suggestion of wrongdoing is firmly rejected and the team will take all steps necessary to ensure the correct application of the regulations to the facts.

"Prior to the start of the season, the team cooperated with the FIA and satisfactorily addressed all questions regarding the origins of the designs of the RP20.

"The team is confident that the protest will be dismissed once it has presented its response."

Racing Point's cars finished sixth and seventh at the second Austria race, just ahead of Renault's Daniel Ricciardo, and sit fourth in the Constructors' Championship after two events.

Renault cited several clauses in the Sporting Regulations - most notably the one regarding listed parts - in their documentation to the stewards.