Coming to Sky Sports F1 and Sky Documentaries on September 12! 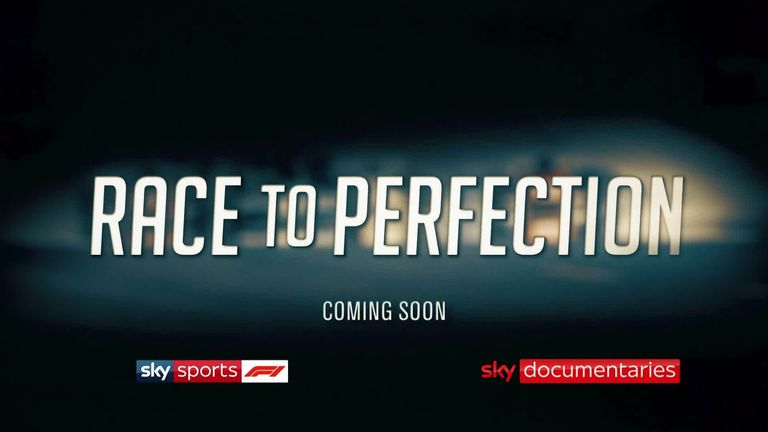 Sky Sports and Formula 1 are pleased to announce the launch of a new Sky original seven-part docuseries called 'Race to Perfection', to mark the sport's 70th Anniversary.

The exclusive series, which will air on September 12 on Sky Sports F1 and Sky Documentaries takes a look behind the scenes over the past 70 years, in partnership with the iconic sport, to celebrate the landmark date in its history.

From the launch of the sport in 1950 through to the modern day, the series will cover all the high-octane drama that has enthralled audiences across the world for decades. From Fangio to Schumacher, Senna to Hamilton, the stories of the sport and the personalities that have driven it will be told in a new light through unseen archive footage and exclusive interviews including:

The collaboration with Sky will see Formula 1 utilise its rich and impressive archive footage to tell the iconic stories of the sport though the decades, giving fans a real insight into the sport's history and the personalities behind the wheel.

Race to Perfection, which will be shown exclusively in the UK on Sky and NOW TV on September 12, was produced in-house by the Sky Sports F1 team and will be made available to a vast network of TV channels and streaming services across the world via NBCUniversal Global Distribution.

Scott Young, Director of Sky Sports F1, said: "Formula 1 is an iconic sport with rich history, ever-changing as technology has rapidly developed over the last seven decades. We're delighted to partner with F1 and produce seven programmes to tell that story in full detail.

"It's a time to remember the storylines and glory of the past but also look ahead to the future. Our partnership with F1 over the next five years will give customers exclusive access as that captivating story continues to unfold."

Ian Holmes, Director of Media Rights Formula 1 said: "We are incredibly excited to be partnering with Sky and creating an exclusive docuseries which showcases the sport across the ages and celebrates our rich heritage in motorsport. It's exciting to see some of our oldest footage brought back to life though the docuseries and give fans a real insight into the history of F1 to mark our 70th anniversary."

F1 has had it all. The greatest cars, the fastest speeds, the technology and the charismatic characters. It's time to look at what has made Formula 1 so special over the past 70 years.

Drama. Excitement. Unbelievable tension. Sometimes the championship comes down to the final race after a season-long battle. This episode looks at the championship deciders that have left their mark on the history of Formula 1.

F1 has always been known for pushing boundaries in concepts and design. This episode examines the stories of some of the most successful machines over the past 70 years in F1 by those who were involved.

Spanning 70 years, F1 has seen some spectacular highs and devastating lows. This episode remembers the drivers who fought back from adversity to triumph - and those who lost their lives doing what they loved.

These are the never-to-be-forgotten incidents in F1. The controversial moments and subsequent fallout that have left their mark in the dramatic history of the sport and still stir debate today.

F1 has always seen periods of domination from teams. This episode looks at who created them, who their champion drivers were and how they became so successful? These are the great F1 teams who will forever be associated with the sport.

This episode looks at the icons. The ones who formulated new ways of working and brought success to themselves and those around them. The ones who turned dreams into reality and inspired others to follow in their footsteps. These are the trailblazers who helped shape Formula 1 as we know it today.