The Sky F1 expert on why he felt conflicted about the nature of Sunday’s Grand Prix, praise for a big win for Max Verstappen and Red Bull, and decoding F1’s acrimonious off-track 'copying' row

Every time I leave a Grand Prix venue at the moment I mentally tick the box of another race somehow safely delivered, and the 70th anniversary race at Silverstone was number five in what looks hopefully to be 15/16 races largely in Europe and the Middle East, if we can keep it all rolling.

I'm personally conflicted about the latest race on Sunday.

It was good to see the jeopardy and uncertainty created by the softer Pirelli compounds around the brutally long and high-speed turns of Silverstone, but at the same time tyres opening up and blistering within a handful of laps and less than 40 miles, and being absolutely the deciding factor of the race, is less than satisfying to say the least.

It was hardly Senna and Mansell side by side sparking along the ground in Barcelona 1991, and definitely nor was it Villeneuve and Arnoux battling at Dijon in 1979, when a driver simply cannot push his car to anywhere near the limit for fear of wrecking his tyres.

At the same time, just as say on an extremely rainy day, it's a challenge for the drivers and teams to work around and overcome the problems better than their rivals, which is exactly what Max Verstappen and Red Bull did.

Basically, only one of the three tyre compounds available was really raceable over any distance, a decision intentionally made to spice up the action and avoid a 'cut and paste' dry race just seven days apart at the same venue.

It was a gamble for Red Bull to fit the hard compound (slower but more durable) tyres in Q2 thereby determining their starting tyre, in the hope of doing something different to Mercedes. Max squeaked through to the top-10 shootout Q3 by less than quarter of a second.

The scene was set, and not far into the race he was keeping the Mercedes well in view, enough to see how ugly their tyres looked. And critically he wanted to pressure them which was pivotal to the race outcome. 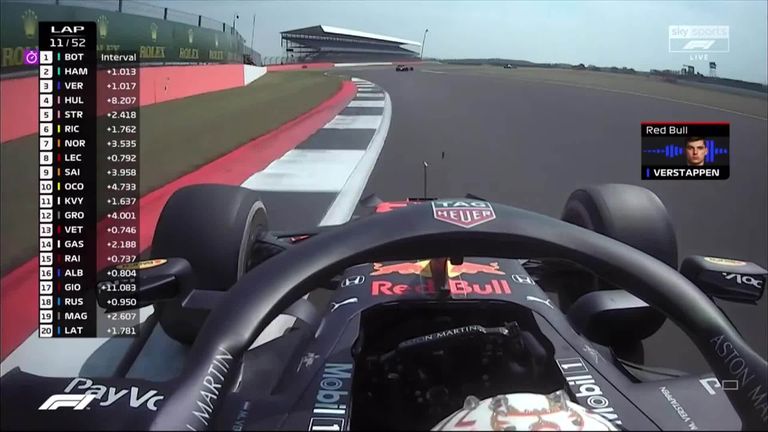 Mercedes clearly have a more aggressive suspension geometry and more downforce than Red Bull were running because first their fronts opened up with blisters, and then all four tyres. It's difficult for us to know if any usage of their Dual Axis Steering system compounded the tyre blowouts in the first Silverstone race, and the blisters in the second.

No matter how daintily they trod, Hamilton and Bottas could not keep their tyres intact, and Red Bull had them covered every which way with Verstappen, who moves into second in the championship 30 points adrift, the same amount as Bottas trailed Hamilton before the race.

You can't help but think that without his mechanical failure in race one, and possibly even winning the race the weekend before at Silverstone without the late stop for tyres and fastest lap, Max could be right up there near or at the top of the championship. 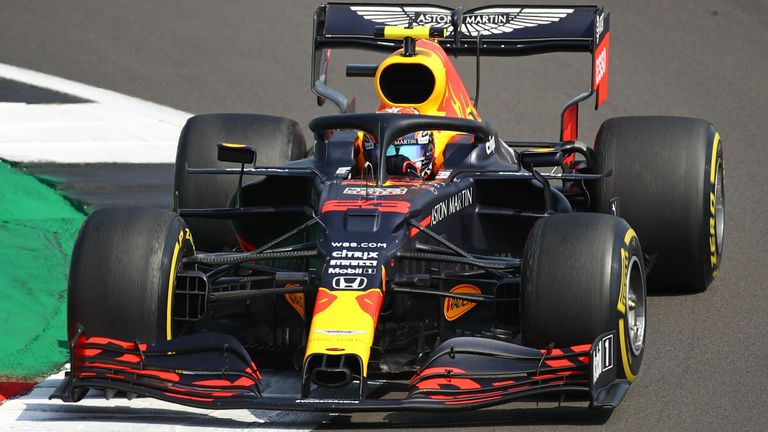 That's an intriguing thought as we head to Barcelona for a hot August race. But also lots of 'if onlys' of course.

It was galling for Bottas. By pitting on lap 32 to cover Verstappen this enabled the team to look at his tyres and decide to allow Hamilton to run 10 laps longer and beat him for second place. He was not a happy Finn when I interviewed him in parc ferme.

Charles Leclerc once again outperformed his Ferrari by one-stopping and finishing fourth, albeit half a minute behind. Seb Vettel was out of the points after clipping the kerb and spinning in turn one, and then being thoroughly dissatisfied with his team on strategy thereafter. He accused them on the radio of 'messing up', seemingly forgetting that his spin put him down to last, although at the time he thought he'd been hit from behind.

If this were a normal length season I'd say his messy divorce with Ferrari would never make it to the final races, and it might still be a challenge. He never looked a top-10 runner at either of the two Silverstone events and currently sits 13th in the championship.

Daniel Ricciardo looked very fast all weekend but had a difficult race including a 'Seb spin' (ouch…) and would finish pointless.

The Racing Points finished a slightly disappointing sixth and seventh despite Nico Hulkenberg starting a very impressive third. He apparently had a vibration and needed a third stop on lap 44, putting him behind his team-mate Lance Stroll.

Hulkenberg put some major polish on his reputation this past 10 days and which may catapult him back onto the 2021 grid, although Sergio Perez is likely back in the car for Barcelona, Covid-19 permitting.

Alex Albon pulled some very brave moves around the outside of high-speed corners in claiming a fine fifth place, albeit 39 seconds behind his winning team-mate. It will be a confidence booster for Alex although the team will be wanting him dropping into the 11-second gap between Verstappen and Hamilton by season end, to be ready to mount a 2021 team challenge.

Lando Norris was in form again for ninth to ensure that McLaren have scored points in every race so far this season.

With only Kevin Magnussen retiring, we had 19 finishers suggesting teams are now largely on top of reliability issues, which bodes well for the rapid-fire race schedule still to come.

I grimaced hard to be talking about Racing Point rear brake ducts and 'listed parts' in our pre-race show when we should have been celebrating the 70th anniversary of our great sport.

Of course, this type of dispute and politics is an integral part of F1 history, and this story will run a while because we have to sort out whether identical cars in 'B teams' are a viable and desirable way forward, and also if it's correct to allow one team to copy in great detail another team's car.

It should be impossible to initially copy the wildly different brand new 2022 cars (it will definitely be embarrassing for somebody otherwise) but Racing Point can continue with this fast car through 2021 as they morph into Aston Martin. 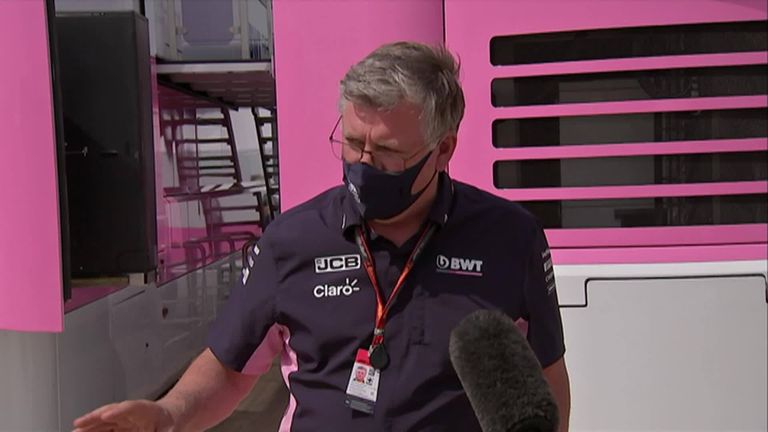 The only team not unhappy are Mercedes whose intellectual property has been openly plagiarised by another team, but who also spend a lot of money with them for entirely legitimate sales of key and expensive items. It was interesting to hear Toto Wolff say that it was 'very much the aim' to have Racing Point competing among the front runners. Very helpful if you want cars mixing it up with Ferrari and Red Bull.

Teams who are Lone Ranger, like Renault, McLaren and Williams in particular, will be keen to break up this cosy relationship between Mercedes and Racing Point.

Racing Point insist they reverse engineered the 2019 Merc concept from photographs and other legitimate information, and the brake duct drama is courtesy of a regulation change over the winter. Other eminent people in the paddock assure me that it's not possible to accurately copy critical details of the car which are not easily visible. Maybe the courts will have to decide but that could get smelly, if somewhat informative. And expensive. 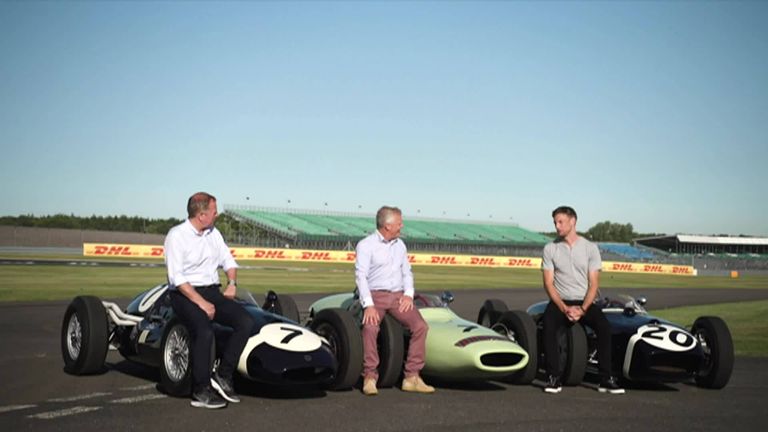 Jenson, Johnny and I had a ball driving three of Sir Stirling Moss's cars around the track early on Friday. Interestingly they were all customer cars with which teams managed to win GPs, a pertinent point when discussing the DNA of Formula 1, and where we might head for the future.

The Racing Point up front in the mix is a whole lot more interesting than the Alfa Romeo, Haas and Williams being constantly lapped. There should be a common-sense solution available to close the pack, further cut costs, and open the door to new manufacturers and teams to ensure we can celebrate another 70 years. Without simply being locked into three main teams and a bunch of hand me down clones, however they are created.

Hopefully 2022 will generate that but common sense can get lost in all the barking, egos, and money counting.