Advantage Hamilton on Friday, 0.287s ahead of Bottas; Verstappen a distant third but happy with race pace; Ricciardo fourth, Grosjean a surprise fifth; Vettel, Albon only 12th and 13th

Lewis Hamilton hit form to top the timesheets ahead of team-mate Valtteri Bottas in second practice for the Spanish GP.

But behind the Mercedes there was a surprise pecking order as while Max Verstappen was, as expected, the closest rival, Renault's Daniel Ricciardo and Romain Grosjean in the Haas completed an unlikely top five.

Hamilton, the championship leader, has won the last three races in Barcelona and after being out-paced in the Friday morning session, moved back ahead of Bottas in the battle of the Silver Arrows in P2.

His advantage was almost three tenths on the soft-tyre qualifying simulations, giving Bottas plenty to ponder.

"Valtteri made a bit of a mistake on his lap and didn't quite hook it up," said Sky F1's Karun Chandhok. "Lewis was in great form." 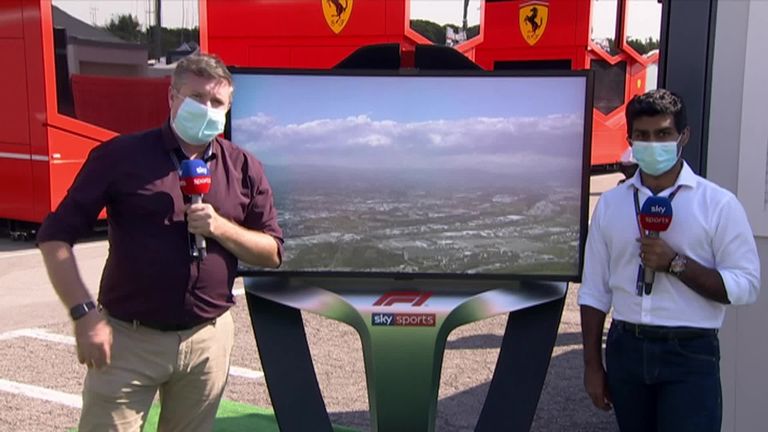 Mercedes have been superb and often unchallenged over one lap in F1 2020, and Verstappen was 0.8s off the pace in third to conclude Spain's opening day of track action.

It appears that race pace in hot conditions will once again be Verstappen's only shot at beating Mercedes, though he was faster than anyone through the opening sector on his flying lap before hitting issues.

"On the one lap, we are clearly lacking pace to Mercedes," admitted Verstappen. "But over longer runs it was quite nice to drive. I felt good today."

Alex Albon was only 13th in the other Red Bull, over half a second slower than his team-mate. 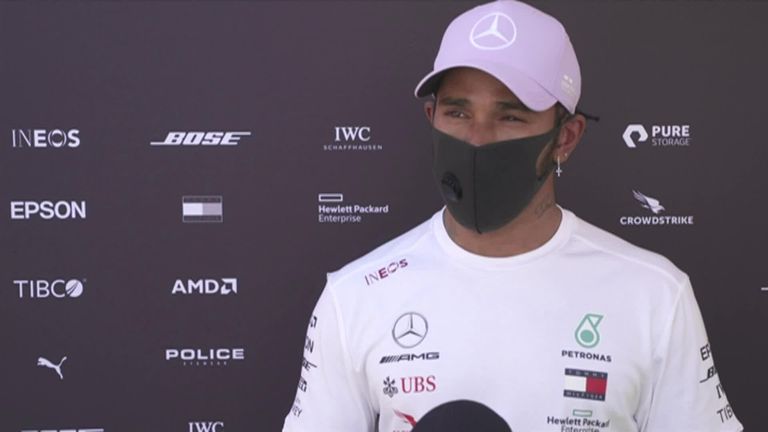 Instead it was Ricciardo who was the only other driver within a second of the Silver Arrows, with Grosjean continuing his impressive day for Haas by finishing fifth and ahead of Charles Leclerc in the Ferrari.

"it does look to be a case of who can keep the Mercedes in sight," said Sky F1's Martin Brundle.

Sebastian Vettel, armed with a new Scuderia chassis, was down in 12th.

Can Max be a Merc-beater? And midfield battle intensifies

The key factor for the Spanish GP is whether Mercedes can get a better grip on their tyre management for the race, with temperatures set to be similar to Silverstone - where both Hamilton and Bottas suffered last weekend.

On the longer simulations on Friday, Verstappen appeared to be a much closer match.

Nobody, meanwhile, has qualified within 0.5s of the Mercedes all season, so their buffer to start the Barcelona weekend is no surprise, unlike the order behind them.

Karun mentioned Ricciardo and Grosjean as the stand-out drivers of Friday, with the latter impressing in a Haas car which has been eighth-fastest, at best, on the grid this season. 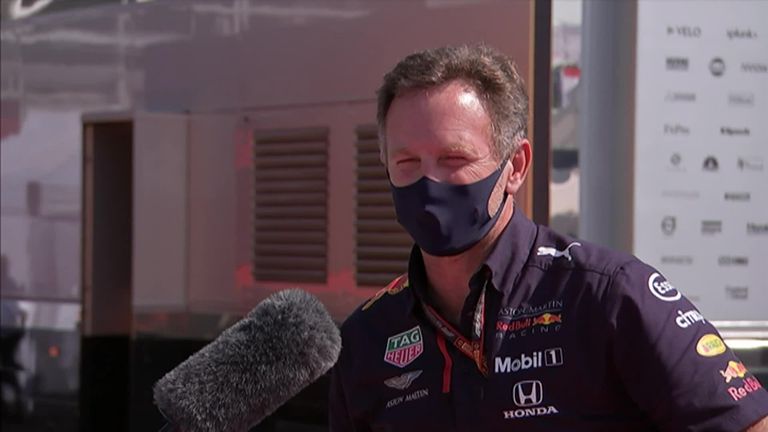 Behind Grosjean and Leclerc was Carlos Sainz, with the Spaniard hoping for a much-needed boost at his home race, while the returning Sergio Perez was eighth for a Racing Point team who have not started the weekend as quickly as expected.

Nor has Lando Norris in 14th, or indeed the confidence-shy Vettel or Albon just ahead of him.

Kevin Magnussen was another driver who finished way off his team-mate, while Alfa Romeo once again look to be struggling - finishing P2 only ahead of Williams.