Four-time world champion to join the current Racing Point team after Ferrari release; "I believe we can build something very special together," says Vettel as he continues in Formula 1 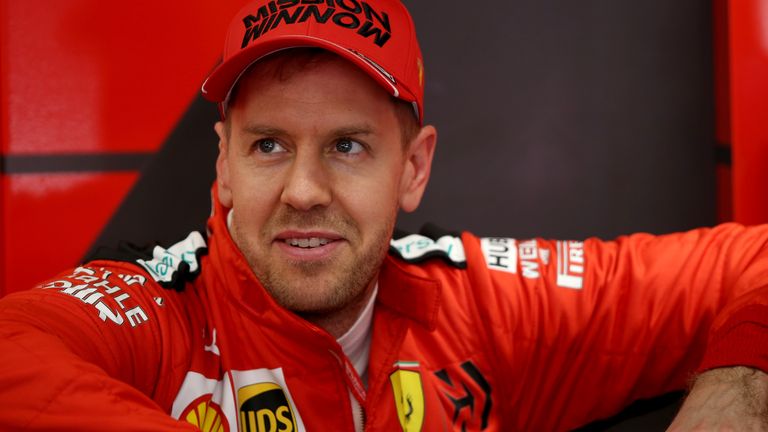 Sebastian Vettel has signed to join Racing Point to spearhead their new Aston Martin era in a move that prolongs the four-time world champion's Formula 1 career into 2021.

Replacing the long-serving Sergio Perez, who announced his departure from the team at the end of the season on Wednesday night, Vettel will drive alongside Lance Stroll.

Although a contract length was not specifically stated, the team say the 33-year-old has joined for "2021 and beyond".

Vettel was informed in May he would not have his Ferrari contract renewed and has repeatedly said he was taking time to consider his options whether or not to stay in the sport.

"It's a new adventure for me with a truly legendary car company," said Vettel. "I have been impressed with the results the team has achieved this year and I believe the future looks even brighter.

"The energy and commitment of Lawrence [Stroll] to the sport is inspiring and I believe we can build something very special together.

"I still have so much love for Formula 1 and my only motivation is to race at the front of the grid. To do so with Aston Martin will be a huge privilege."

Racing Point are fourth in this year's Constructors' Championship - two places ahead of struggling giant Ferrari - after a big jump up in performance with a car that has courted controversy from rivals due to its likeness to last year's title-winning Mercedes.

The Silverstone-based outfit are eyeing even further progress when they take the name of Aston Martin from next season, the British sportscar brand which was bought by the team's billionaire co-owner Lawrence Stroll earlier this year.

"The signing of Sebastian is a clear statement of the team's ambition to establish itself as one of the most competitive names in the sport," said the team.

Otmar Szafnauer, the outfit's team principal, said: "Everybody at Silverstone is hugely excited by this news. Sebastian is a proven champion and brings a winning mentality that matches our own ambitions for the future as Aston Martin F1 Team.

"On a Saturday or Sunday afternoon, Sebastian is one of the best in the world, and I can't think of a better driver to help take us into this new era. He will play a significant role in taking this team to the next level." 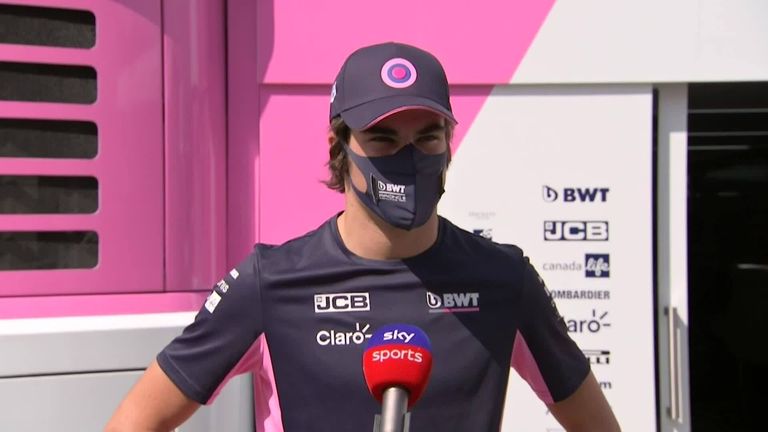 While Vettel, who joined Ferrari in 2015 after winning four titles with Red Bull, has not been able to end the Scuderia's trophy drought, he has given Lewis Hamilton his only true championship battles since Nico Rosberg's Mercedes departure, and in 2017 and 2018 was particularly quick.

The arrival of Charles Leclerc at Ferrari last year rocked Vettel somewhat, and ultimately the Ferrari relationship, but he was still a race-winner in 2019 and was only just beaten in the points, and qualifying battles by his team-mate.

He now gets a chance to prove himself as one of F1's elite again, and for the first time in his career driving a Merc-powered car.

"I think this makes sense on both counts," said Sky F1's Ted Kravitz. "If you're Sebastian Vettel, and you're looking to go to a better-performing car, he's got that. Racing Point are faster than this year's Ferrari - so he has to hope that next year's Aston Martin will be quicker than next year's Ferrari as well.

"And it makes sense for Racing Point, because they have a proven winner. Vettel's won 53 Grands Prix, he knows what to do in a car that's capable of being on the podium and that's maybe what Racing Point have lacked in Sergio Perez and Lance Stroll. Stroll had a great chance to win the last Grand Prix in Monza but didn't, and that hurt. The thought in Racing Point is, Sebastian Vettel would know how to win a Grand Prix in a car that's capable of doing it.

"The Aston Martin car next year will have a Mercedes engine in the back, it's the best. And the car is essentially a copy of the 2019 Mercedes. Whether that will still be competitive in 2021 is question number one, and when the rules significantly change in 2022 and everybody has to build a brand new car, that is where Vettel will have a big question mark: Is this Aston Martin team the top team to compete with Mercedes?"

Next season's grid is now steadily moving into place.

There was a spate of driver confirmations during the lockdown period, with Ferrari signing Carlos Sainz to replace Vettel and Daniel Ricciardo agreeing to take the Spaniard's place at McLaren.

Renault have since signed Fernando Alonso, the Spaniard to return to F1 after a two-year break with the renamed Alpine team, while Mercedes have just secured Valtteri Bottas on a new deal so far.

Vettel is the first of the current grid's three world champions to officially commit to F1 2021.

Lewis Hamilton is expected to re-sign with Mercedes, although has not yet, but there is uncertainty around the future of 40-year-old Kimi Raikkonen at Alfa Romeo.