Why a third and fourth on the grid improves Red Bull's hand in their quest to beat Mercedes in Sunday's Mugello race, from 2.10pm live on Sky Sports F1 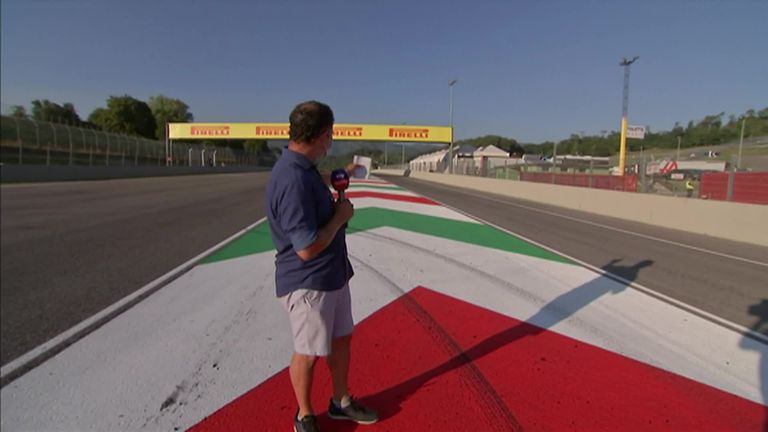 Red Bull will start with both their cars inside the top four for the first time since the season-opening round, in a result that increases their options of trying to beat Mercedes in Sunday's Tuscan GP.

Back on form as clearly the second-fastest team after a tough Monza last week, Red Bull took third on the grid behind the all-Mercedes front row with Max Verstappen - the Dutchman finishing closer to pole than he has at any point this season - and fourth with Alex Albon.

It represented an important result for Albon, in particular, after single-lap disappointments for him so far this season. Discounting grid penalties, fourth place on the Q3 timesheet is Albon's best result in 30 F1 weekends so far.

Christian Horner, Red Bull's team principal, told Sky Sports F1: "It's great that both the guys have qualified up there, particularly for Alex.

"It's been tricky for him because actually the last couple of weeks, both Spa and Monza, he has been getting closer and closer.

"He's put a good weekend together here so far, a good qualifying, and we know he can race well. So hopefully he'll be able to go with that pack and then that does give you options. Mercedes can't cover everything."

Verstappen has generally been the grid's sole challenger to Mercedes' dominance so far this season and that fact was noted by Hamilton after last month's Belgian GP in comments that irked Red Bull.

"Unfortunately, both drivers aren't there like me and Valtteri are there," said Hamilton at Spa to Sky F1. "That makes it harder for them. I experienced it many years ago with McLaren and I was the driver that was always at the front and didn't have a team-mate backing up, so you equally don't get the constructors' points, and then can't play with strategy on the cars they are racing against."

But with two cars in position to fight from the start around Mugello, Red Bull head into the race with a stronger hand.

"If the Mercedes' aren't pushed they are going to be cruising, everyone else is going to have the DRS open and there won't be any overtaking. So we kind of need him [Albon] to get in and amongst it - and I think he will, he's a great race driver."

Paul Di Resta added: "Alex needs to maintain his fourth position because that gives the team the best flexibility."

Both cars on the second row of the grid for @redbullracing 👊

Albon's stronger Saturday performance opens up the potential for the 24-year-old to demonstrate his proven wheel-to-wheel racing abilities at the grid's sharp end, as he goes in search of a maiden F1 podium.

"It's going in the right direction," said Albon of P4.

"It's going to be hard overtaking here, but the [tyre] deg is looking pretty good and I think the last corner isn't that bad to follow.

"Hopefully that means we can do something on the strategy." 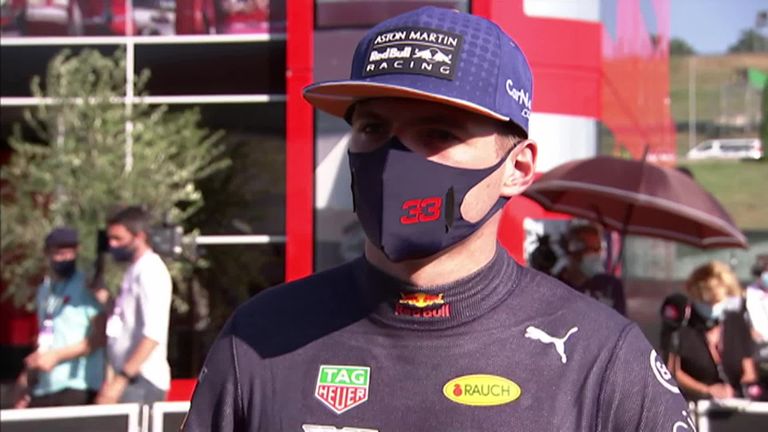 Assessing the team's chances of racing Mercedes, Horner added: "We have been quick in sector three all weekend so that first opportunity [in the race] is going to be that run down to turn one and then go from there.

"There's no historical data from here, so it's going to be interesting to see how the tyres behave around this impressive circuit."

With his team-mate alongside him on the grid, Verstappen added: "I would hope so [it makes a difference], but first we've got to be able to follow because I don't know how quick they [Mercedes] are going to be in the race. Of course, if we are, we're going to put the pressure on."