Daniel Ricciardo on Tuscan GP 'pain' as podium, and tattoo, wait goes on

Daniel Ricciardo admitted his podium "pain" after finishing an agonising fourth for the third time this season at Sunday's mega Tuscan GP, as the tattoo wait goes on for himself and Renault boss Cyril Abiteboul.

Ricciardo and Abiteboul have agreed to get matching tattoos if the in-form Australian scores a podium before leaving Renault for McLaren at the end of the season, and parlours would have been on red alert on Sunday with Ricciardo up in second after overtaking Valtteri Bottas at the third restart.

But he was unable to keep the Mercedes, or the charging Red Bull of Alex Albon, at bay - and had to settle for his equal best finish in yellow.

"To be honest I wasn't thinking of tattoo designs but I was thinking about a trophy and some champagne!" Ricciardo told Sky F1. "It was hot out there so I was certainly thirsty for that.

"I would love to be up there, so it certainly hurts." 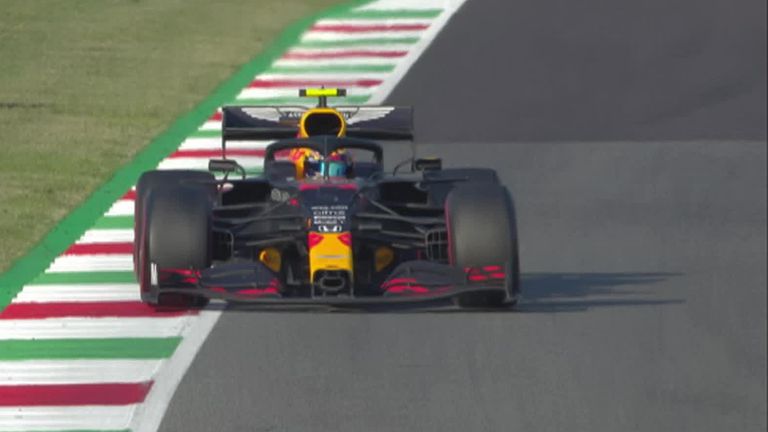 Ricciardo and Abiteboul's bet was made earlier this year, with the driver set to pick the design and his boss the size and placement of the tattoo.

But they will have to wait, for now.

"I'm smiling on the outside but there is obviously a bit of pain on the inside," admitted Ricciardo, who said he had "top-five pace all race". "It's a little bit artificial because we know we had a great race.

"Strategy was awesome, we undercut [Lance] Stroll, the starts were great and we put ourselves there. 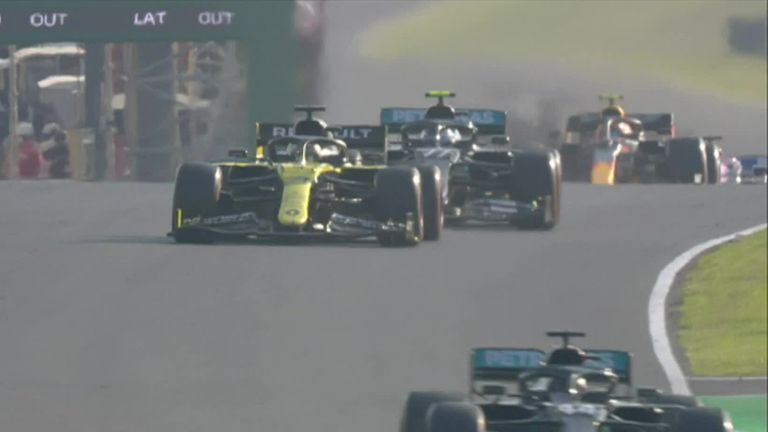 "I think if Albon passed me on the start, we could have said we lost it but we had it, he just had more pace than us. I didn't really have an answer."

Ricciardo is enjoying a superb season, 8-1 up in the qualifying head-to-head with highly-rated team-mate Esteban Ocon, and seventh in the Drivers' Championship.

"If I look at the way Daniel is smiling and he's behaving with the team, we feel he is gaining confidence with the car, so that's good, there is a progression," added Abiteboul.

"Everything's pointing in the right direction but it's so tight and it's so competitive."