FIA set to issue guidance to drivers about pre and post-race arrangements, including what may or may not be worn

The FIA will not launch a formal investigation into Lewis Hamilton's wearing of a T-shirt at the Tuscan GP about the shooting of Breonna Taylor.

Having considered the matter on Monday to examine its rules, clarified guidelines will be issued to drivers about arrangements for pre and post-race activities, including what may and may not be worn.

Hamilton wore the top during F1's anti-racism ceremony before the race, when he took a knee, and then again in his immediate post-race interview and on the podium.

The front of Hamilton's shirt featured the words 'Arrest the cops who killed Breonna Taylor', while the back contained her picture below the words 'say her name'.

Stewards took no action on the matter at Mugello on Sunday.

Taylor, an aspiring nurse, was shot and killed in her own home by three plain-clothes Louisville police officers in the United States in March.

Hamilton has shed light on issues of racial injustice and had previously worn a T-shirt with the message 'Black Lives Matter' at F1's pre-race ceremonies, when the drivers have gathered at the front of the grid to show their support in the fight against racism. 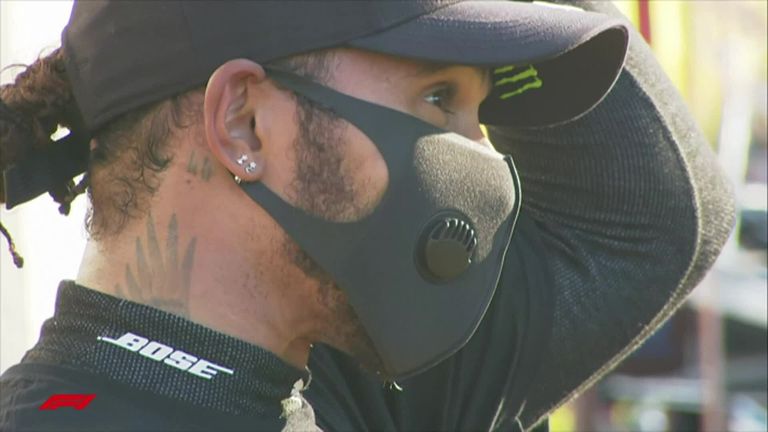 Hamilton 'won't let up' on calls for change

F1's six-time champion has been a leading voice in the global Black Lives Matter movement and urged change to improve equality and opportunity both within his own industry, motorsport, and society at large.

In an Instagram Story post earlier on Tuesday, F1's six-time champion said he would continue to be a voice for change and urged people to come together to challenge all forms of injustice.

"Want you to know that I wont stop, I won't let up, I won't give up on using this platform to shed light on what I believe is right," wrote Hamilton to his 20m Instagram followers.

"I want to thank those of you who continue to support me and show love, I am so grateful. But this is a journey for all of us to come together and challenge the world on every level of injustice, not only racial. We can help make this a better place for our kids and the future generations."

Hamilton has launched a commission in his own name to expand pathways into careers in motorsport.