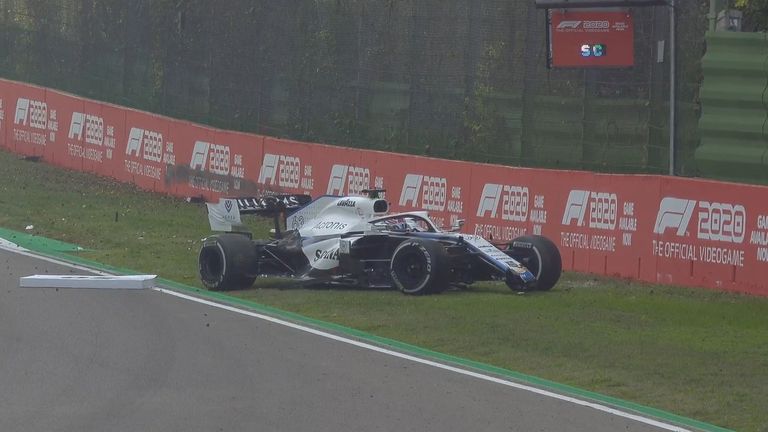 A frustrated and apologetic George Russell said he was "so sorry" to his Williams team for crashing under the Safety Car and missing out on a possible first points finish of his F1 career.

The Williams driver, who again starred in qualifying to take 13th on the grid, was running 10th with 12 laps to go when he lost control of his car at Acque Minerali and slammed into the outside wall.

Russell has yet to score a point in 34 grands prix, while Williams are without a point in 2020 and now in danger of their first score-less full season with four races to go.

"Gutting to be honest. I don't really know what to say," said Russell, who sat disconsolate at the side of the track after clambering out of his crashed car.

"I think it was really showing and we were in such a good position. Obviously, I just went over the limit under the Safety Car and as soon as I lost the car it was already too late and I was in the wall.

"Really sorry for the team and unacceptable from my side really." 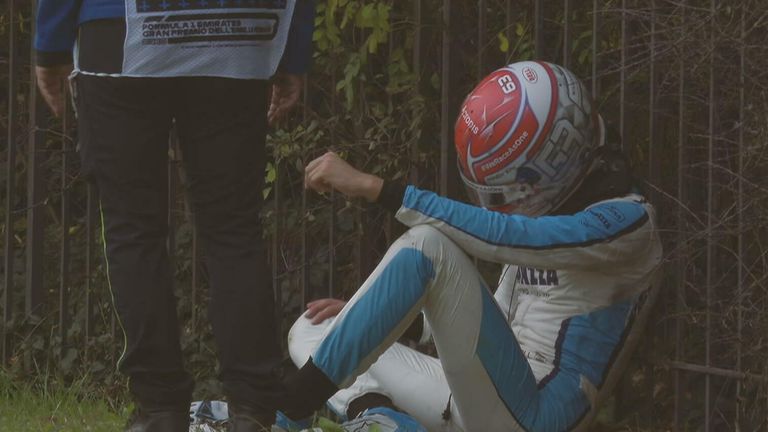 The Briton, who earlier in the weekend had been named by two-time world champion Fernando Alonso as his young driver to watch for the future, explained: "I was accelerating and changing gear at the same time and just with cold tyres…

"This sometimes happen with cold tyres and it was my job to try and work them as hard as I can to keep Kimi [Raikkonen] and Sebastian [Vettel] behind on new hot fresh tyres.

"But there's no excuses. I'll go away and learn from this and come back stronger next time."

Writing on Instagram on Sunday night, Russell wrote: "I'll never forget this day, this mistake. I'll learn from it, be stronger for it. I'm so sorry, to the whole team. No excuses."

That prompted Lewis Hamilton and Romain Grosjean, two of F1's most senior drivers, to send their support to the 22-year-old.

"George, you were giving it your all," wrote six-time champion Hamilton.

"It's ok to make mistakes and it's ok to feel the pain. I've made more than I can remember. You're great bud. Keep your head up and keep pushing, on to the next one."

Grosjean, who himself crashed behind the Safety Car in Baku in 2018, wrote: "Man, I know the feeling. Will take some time to forget it, but what you do is mega. Keep pushing."