Mark Hughes: Assessing the case for Sergio Perez in search for F1 2021 seat

Fourth in the Drivers' Championship and fresh from the joint-best result of his F1 career, but still no seat on the 2021 grid for Sergio Perez. Mark Hughes casts his eye over the Mexican's precarious situation and whether Red Bull could yet come to his rescue…

The irony of Sergio Perez enjoying the most competitive season of his career at the very time he is struggling to retain his place in F1 is obvious.

The arrival of the high-profile Sebastian Vettel at Aston Martin next year alongside team owner's son Lance Stroll has left no room there for him, despite his performance.

The one possible remaining 2021 vacancy would, however, be a good one: Red Bull, alongside Max Verstappen.

Perez is sufficiently well-established and enough of a known quantity for his candidature there to be a compelling one if Red Bull ultimately decide not to continue with Alex Albon.

His experience base is so much greater than Albon's whose data banks are relatively empty in a tricky car in just his sophomore season of F1 and with the mega-talent of Verstappen as the world's measure of his performance.

Albon is being given every chance to secure the drive for next season and hasn't been subject to the same intolerance of under-performance as Pierre Gasly last year. But there's no getting away from the fact that he has underperformed. 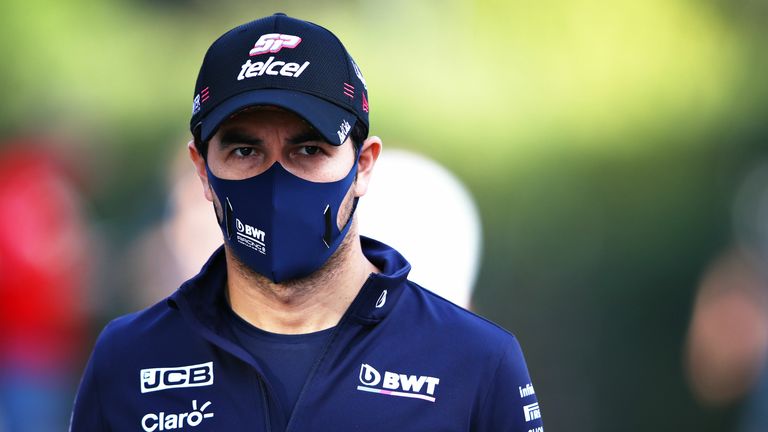 In races where a fair and equal comparison can be made in qualifying, he has averaged over 0.5s slower than his team-mate and has scored just one podium. But worse than that is the fact that his poor qualifying performances have invariably left him stuck in traffic during the races, losing him touch with the fight among the leading cars.

As such, Red Bull has not been able to use him to aid the strategy of Verstappen by applying undercut pressure on a rival or defending from a would-be threat to Verstappen's race.

Perez is quick and combative enough on track that he could be used as part of the whole team's strategy in a way that just hasn't been possible this year with Albon. He is not the outright fastest qualifier in the business (see chart), but could be relied upon to put the car in the right part of the grid, which in the current state of competitive play for Red Bull is the second row.

He is then super-effective on race day, superb with the tyres, strong wheel-to-wheel, and with an uncanny knack of converting his pace to the maximum points haul. Even having missed two races for Covid, he currently lies fourth in the championship.

Here is how he has compared to his team-mates in the last few seasons.

Perez against his team-mates at Racing Point/Force India

It can be seen how his qualifying pace is not his major strength but he has invariably heavily out-scored his team-mates. His tally of nine podiums is quite remarkable given that until this season he was in mid-grid level cars.

There's no question that purely on the basis of 2020 performance, Perez is more worthy of the drive than Albon. But there are factors still in Albon's favour.

Even if the race team is growing impatient with his performances, he has the backing of the corporate side in both Austria and Thailand. There is, therefore, a very real will to make a success of his place in the team.

If Albon's performances in these last three consecutive races show at least the promise of the driver Red Bull needs as Verstappen's support, then Perez's 2021 F1 prospects will likely be bleak.