Who are the favourites for the Bahrain GP? The battle lines have been drawn by Mercedes and Red Bull ahead of 2021's opening weekend; Watch all the action live on Sky Sports F1 from this Friday through to Sunday's race

Mercedes say they have been working hard to solve their unexpected early 2021 problems ahead of this weekend's season-opening Bahrain GP, where Formula 1's world champions have vowed to bounce back "stronger" for a battle against rejuvenated rivals Red Bull.

Mercedes, on the back of a historic run of seven straight titles, are heading into an eagerly-anticipated first race of the season in an unfamiliar, and somewhat uncomfortable, position - after Lewis Hamilton and Valtteri Bottas endured a difficult pre-season test in Bahrain in the new W12 car.

Red Bull's comparative flying start, meanwhile, has led to debate about whether the title challengers are in fact favourites for the weekend.

In the team's pre-race preview, Mercedes boss Toto Wolff addressed the struggles of testing and said the Silver Arrows have spent the two-week gap concentrating on how they can return to Sakhir in better form.

"It feels like we have spent quite some time in Bahrain recently, and with mixed fortunes," stated Wolff. "Overall, it was a tricky three days of testing for us. The W12 wasn't as stable, predictable or planted as some of our rivals. 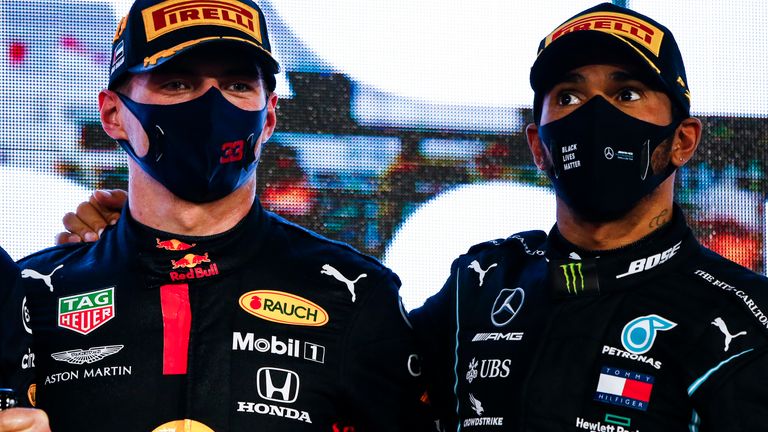 "Red Bull looked strong on both the long and the short runs, but as always with testing, it's difficult to be certain of true performance.

"The only thing we know for sure is that we must prove our ability to react.

"From the moment the third day of testing finished, we got our heads down and started to figure out how we can return to Bahrain in stronger form in just a few days' time."

Wolff said Mercedes have big 2021 challenges due to "significant rule changes" which have affected the cars, while the team have also "had to change the way we work in response to the cost cap".

"But as we have found before, it's from the difficult moments that we learn the most," Wolff added.

"This team's biggest strengths are our people and our values, and after a tough test, I know that we can fight back stronger.

"I'm looking forward to getting this new and exciting season underway, seeing the progress we can make and how we fare in Bahrain."

When to watch the Bahrain GP on Sky Sports F1