Max Verstappen once again appears to be the man to beat heading into an F1 2021 qualifying session after topping Practice Three for the Portuguese GP, with Red Bull holding a small advantage over Mercedes.

Verstappen, who placed second in both Friday sessions, found form on Saturday morning to lead Lewis Hamilton by two-two-tenths of a second, able to extract pace out of his car in difficult blustery conditions.

Valtteri Bottas and Verstappen's team-mate Sergio Perez were a further tenth back.

Verstappen's pace means he has topped set all three final practice sessions so far this season, and he will be hoping for his second pole position come the Portimao shootout, live on Sky Sports F1 at 3pm.

"It's impossible to say who's the favourite for qualifying," said Sky F1's Nico Rosberg. "Verstappen definitely looked quicker in practice, but we know that Mercedes have a little bit extra when it comes to qualifying. 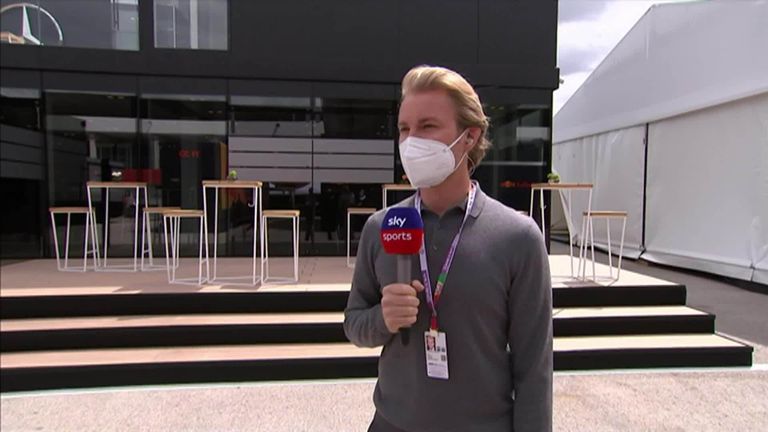 2016 F1 world champion Nico Rosberg gives his thoughts on the competition between Lewis Hamilton and Max Verstappen so far in the new season.

"I think they've got absolutely equal pace and it will just come down to the driver."

Red Bull also insisted the pole battle will be "nip and tuck" between themselves and Mercedes.

"Hopefully we can take this form into qualifying and put them under pressure," team boss Christian Horner told Sky F1. "But based on this form it's going to be very very tight."

Alpine continued their surprising up-turn in form in Portugal as Esteban Ocon led the midfield in fifth, only two hundredths down on Perez. Fernando Alonso would also have been up there if not for a deleted lap for track limits. 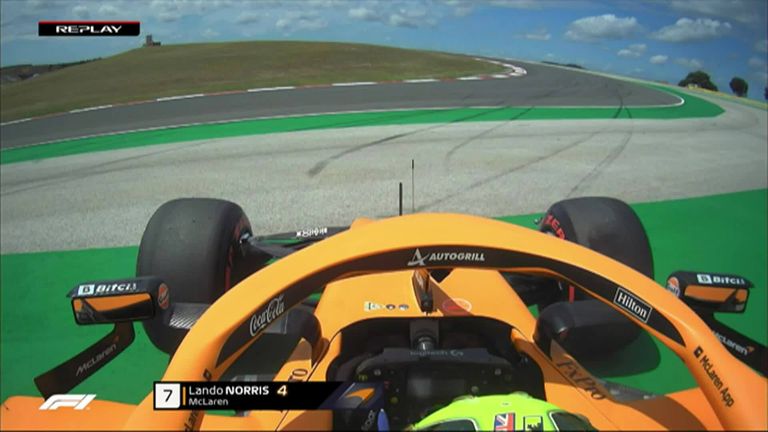 McLaren's Lando Norris spins out on Turn 14 during Portimao practice.

Instead, Charles Leclerc and Carlos Sainz occupied sixth and seventh for Ferrari, while Lando Norris enjoyed his best session of the weekend to take eighth in the McLaren, four places ahead of team-mate Daniel Ricciardo.

But Norris was one of many drivers to spin around in the session. Kimi Raikkonen, who rounded off the top-10 for Alfa Romeo, was another.

Elsewhere, Sebastian Vettel's dismal weekend continued with the German 18th and only ahead of Nicholas Latifi and Nikita Mazepin in his Aston Martin. Lance Stroll was only 16th, with the team appearing to have a Q1 battle on their hands come qualifying.