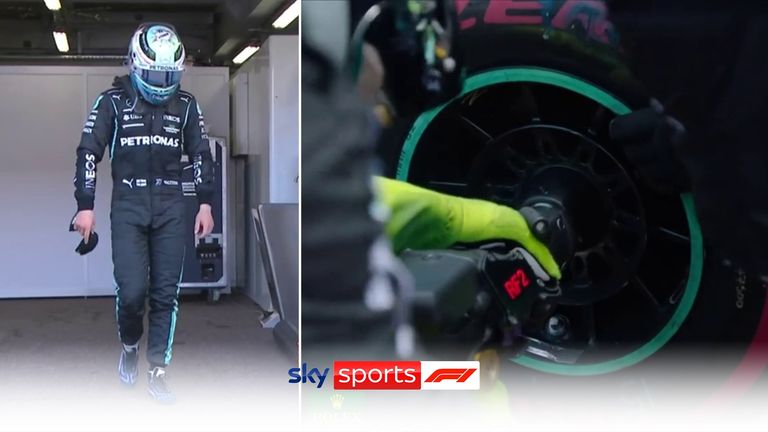 Max Verstappen claimed a momentous Monaco GP victory on a day filled with drama in Monte Carlo, as Mercedes endured a disastrous race with Valtteri Bottas retiring and Lewis Hamilton a lowly seventh.

On a glorious afternoon for Red Bull and their star driver, Verstappen inherited pole position after Charles Leclerc was cruelly forced out of his home race before even lining up on the grid - and the Dutchman then masterfully controlled proceedings to take his maiden win around the legendary streets.

"It's so special around here to win," said a delighted Verstappen. "You always want to win this Grand Prix." 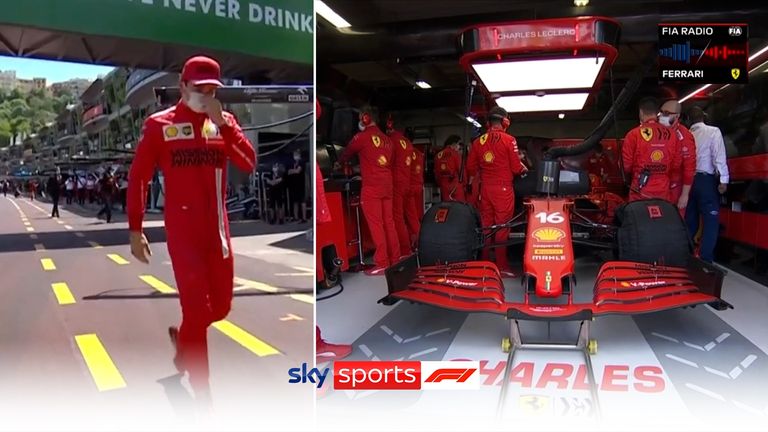 Mercedes' Monaco GP spiralled out of control due to a nightmare couple of laps.

A frustrated Hamilton finished seventh, losing positions to midfield cars through an ill-timed pit-stop from Mercedes before Bottas' race was ended altogether in the pits.

Bottas was running second behind Verstappen at the time of his stop but, in incredible scenes, Mercedes failed to get his right front tyre off for the change.

That allowed Carlos Sainz to swoop in for second place, a brilliant equal career-best achievement for the Spanish driver and some solace for Ferrari after Leclerc's earlier pre-race retirement.

Leclerc, who crashed heavily at the end of qualifying, was due to start on pole but reported an issue on his first laps out of the pits before the race, and Ferrari couldn't fix the diagnosed driveshaft problem before lights out.

Perez was one of the drivers who benefited from Hamilton's early stop, staying out longer to gain time on Mercedes.

Sebastian Vettel also profited, scoring his first points of the season with Aston Martin in a superb fifth, while Pierre Gasly was sixth ahead of Hamilton, keeping the Mercedes behind for all 78 engrossing laps.

Hamilton scored a bonus point for fastest lap but in truth that was the only positive for Mercedes, whose bid to seal an eighth consecutive clean sweep of F1's titles took a hit at 2021's fifth round.

After the shock that was Leclerc exiting the race before turning a wheel in anger, the Monaco GP was all about contrasting days for Red Bull and Mercedes.

For Red Bull, it could not really have gone any better. Verstappen, after aggressively defending from Bottas into Turn One, was rarely challenged on his way to win, while the team were also boosted by Perez making his way from eighth on the grid to fourth. 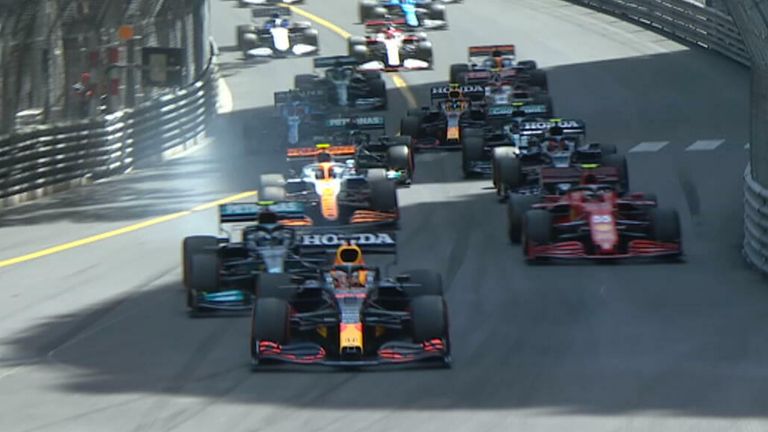 But Mercedes had a Monaco GP to forget, scoring only seven points as Bottas DNF'd, while Hamilton surprisingly went backwards rather than forwards from his disappointing grid slot of sixth.

The world champions' race essentially unravelled in two laps in the pits. First came Hamilton's pit-stop on Lap 30, as Mercedes attempted an undercut in the pits on Gasly, who the Englishman couldn't get past on-track.

A lap later came Bottas' stop, as the Finn started to fade badly behind Verstappen. But a long pit-stop soon became a race-ending one, as Mercedes couldn't remove his front right soft tyre.

"The wheel nut machined onto the axle as we attempted the pit stop, meaning the wheel could not be changed," said Mercedes. Bottas, now a distant fourth in the championship, just can't catch a break. Not only did Hamilton not get ahead of the AlphaTauri of Gasly, who stopped a lap later, but the two drivers were then usurped by both Vettel and Perez, who stayed out longer and found pace in the late stages of their opening stint.

"How am I still behind him [Gasly], man? Come on," said Hamilton.

"I don't understand guys, I saved the tyres to go longer, you made me stop before everyone."

On a track where it is increasingly difficult to overtake, Hamilton stayed seventh.

Tough one to swallow. This has been one of our hardest days as a Team in a very long time.

We have to accept it, own the failure, learn from it and move on from here. pic.twitter.com/S8q2gMX4dw

Lance Stroll finished eighth on a decent day for Aston Martin, ahead of Alpine's Esteban Ocon and Antonio Giovinazzi, who secured his and Alfa Romeo's first point of the season.

The F1 2021 season takes a week off before returning to Baku for a high-speed street race, where Red Bull will hope to build on their first championship lead of the eight-year, Mercedes-dominated, hybrid era.