Mercedes boss Toto Wolff, meanwhile, says he is "carefully optimistic" about the progress they have made with their car on F1's second week in Austria, but world champions not being misled by position ahead of Red Bull in practice 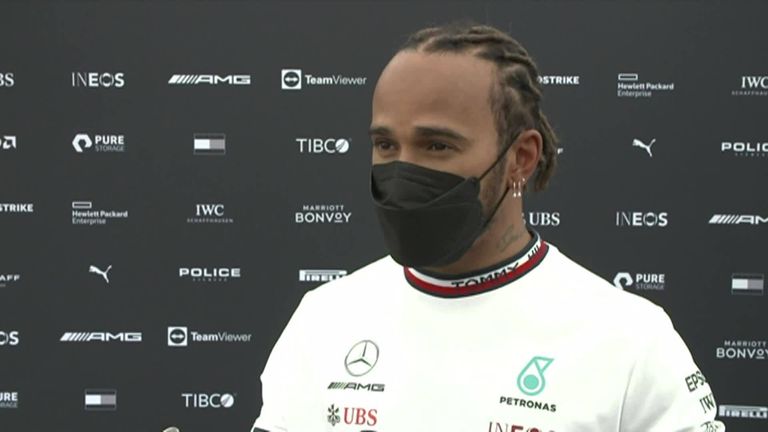 Lewis Hamilton is optimistic Mercedes have made improvements to their car in their attempt to tackle Red Bull in this weekend's Austrian Grand Prix, although was not reading too much into their position at the top of Friday's timesheet.

Five days after Max Verstappen dominated F1's first of two races around the Red Bull Ring, Hamilton led a Mercedes one-two in Friday afternoon practice to give them early hope of an improved weekend amid cooler conditions in the Styrian hills compared to last week.

However, neither Hamilton nor team boss Toto Wolff believe Red Bull, winners of the last four grands prix, have shown their hand just yet with their rivals two tenths off the pace in Practice Two's qualifying simulations.

"Well, they have definitely got some extra in their bag, I already know that," said Hamilton, who felt Mercedes were a quarter of a second adrift of Red Bull last week. 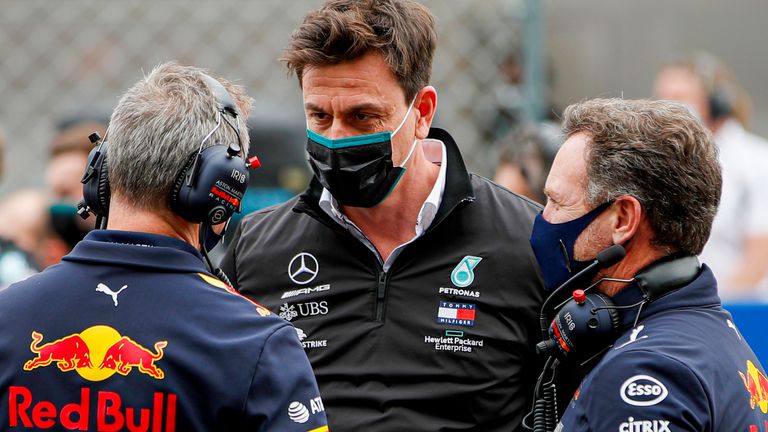 Speaking to Sky Sports F1, Mercedes chief Wolff concurred: "Probably the [same] speech that Red Bull had [about Mercedes] all these years: I expect more engine to come from these guys tomorrow.

"But we have improved in some of the corner sequences, so that's encouraging."

With Mercedes having struggled to match Red Bull's combination of Honda power and skinnier rear wing in recent races, Hamilton said: "Over a single lap it felt ok, that felt pretty good, and I just expect them to turn up a little bit more tomorrow.

"They've also basically got the qualifying mode that we used to have. I asked my guys, I don't understand where they get it from, but it's impressive and we've got to work hard to see if we can match it somehow.

Hamilton, 18 points behind Verstappen in the championship, added: "Whatever gap they're going to have tomorrow is usually the gap they seem to have on the Sunday.

"But we'll be pushing trying to make that gap as small as possible tomorrow. If we can improve the car at all tonight, then great, and I'd like to think our long run was ok. I obviously had my off, but we'll wait and see." 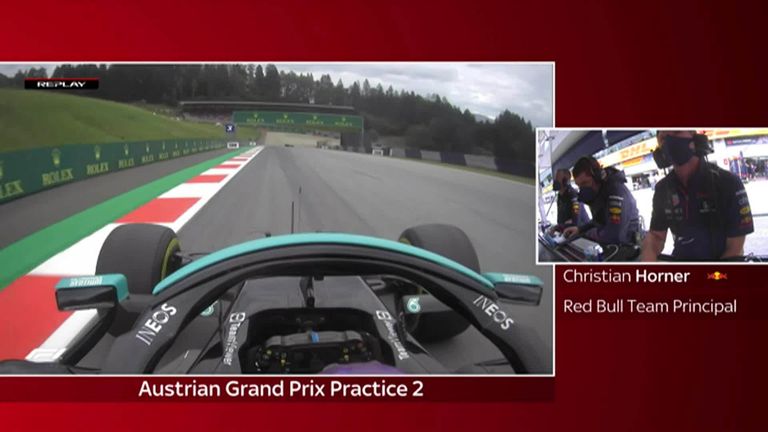 The seven-time world champion admitted opening practice, when he was only seventh quickest, had been a "bit of a struggle" after trying set-up variations based on his work at the team's simulator in the week. He reverted to a set-up closer to the one he ran at last week's race for the afternoon.

Hamilton suspected he would only now be making the "tiniest of tweaks" with his engineers to the W12 ahead of Saturday's running.

Although the full focus on Mercedes' wind-tunnel development time at their Brackley HQ is now on next year's car, the world champions have made clear they are not finished in attempting to improve and maximise their package for 2021.

Indeed, a physical update is scheduled for the British GP in two weeks' time.

"There is one more development that's going to come onto the car in Silverstone, but that has been up the sleeve for a long time," Wolff told Sky F1.

Speaking of their chances at the UK-based team's home circuit, on which they have won seven times in the last nine attempts, the Wolff added: "Silverstone was a good track for us in the past but then with these new regulations where they cut off big chunks of the floor, it's very difficult to correlate and say 'well let's go to Silverstone, because that's going to be our track.

"Normally, our car should be functioning better there than here."