"I'm really sorry if I affected the race of Charles because that's not the way I do my racing," says Sergio Perez, but he accused Lando Norris of "not fair" racing; Perez picked up two separate 5s penalties at Austrian GP, Norris had one 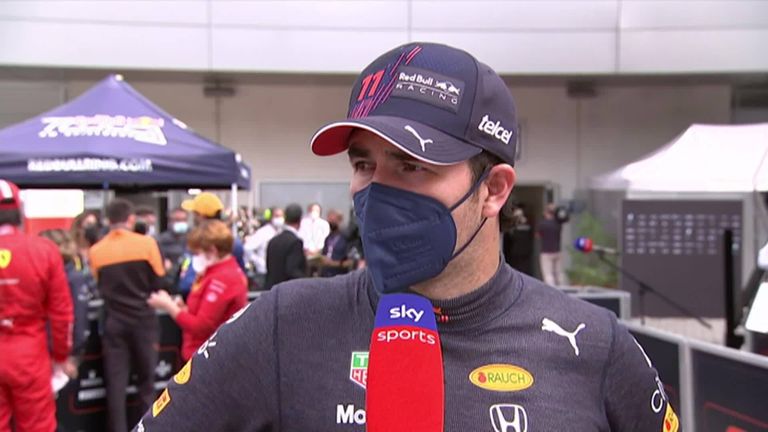 Sergio Perez has apologised to Charles Leclerc after twice forcing the Ferrari driver onto the gravel at the Austrian GP, but was critical of Lando Norris for his "not fair" racing.

Perez was involved in three incidents which led to penalties during Sunday's race, with Norris slapped with a five-second penalty for an early wheel-to-wheel battle with the Red Bull driver, before he picked up two of his own.

After dropping down the order, Perez first forced Leclerc on the gravel around the outside of Turn 4 in a near-identical move of Norris on him, before he did so again to the Ferrari at Turn 6.

Perez was handed two separate penalties and the combined 10-second penalty, added after the race, dropped him to sixth behind Carlos Sainz. 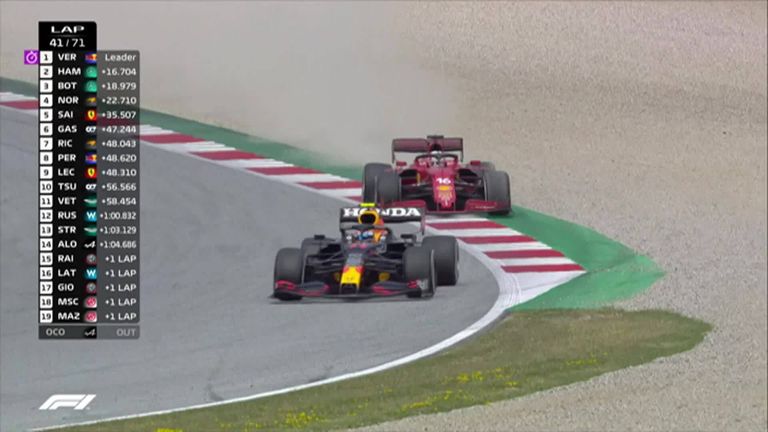 "With Charles I'm extremely sorry," Perez said to F1, before telling Sky Sports of his discomfort because "that's not the way I do my racing".

"We're running in dirty air, a lot of traffic, very old tyres and just braking as late as possible, running out of road and ending up with contact," said Perez.

"I spoke to him and explained what happened from my side but obviously it's not not enough. I don't feel happy or comfortable with myself knowing that I ruined a race for another driver." 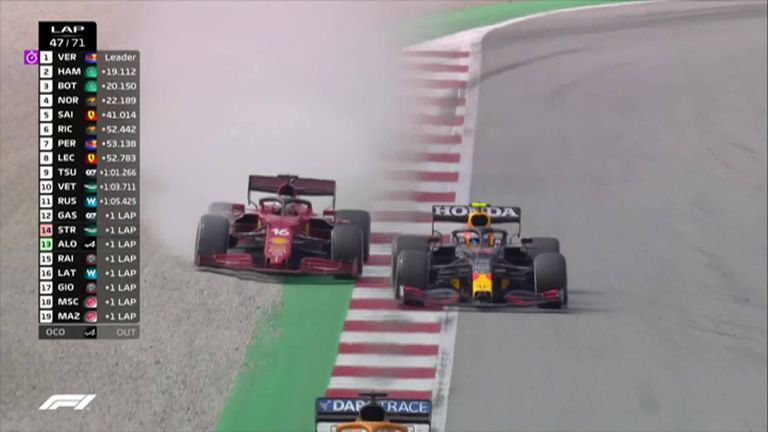 Leclerc also said he and Perez had cleared the air.

"I was pretty angry in the car because obviously it felt like I had no space," he stated. "I know the overtakes were quite optimistic but on the other hand I had to [be] if I wanted to make it work. There was no space on the outside.

"There was quite a lot of tension under the helmet, now the helmets are off we have spoken. I think he knows he exaggerated, so that's it and I will move on." 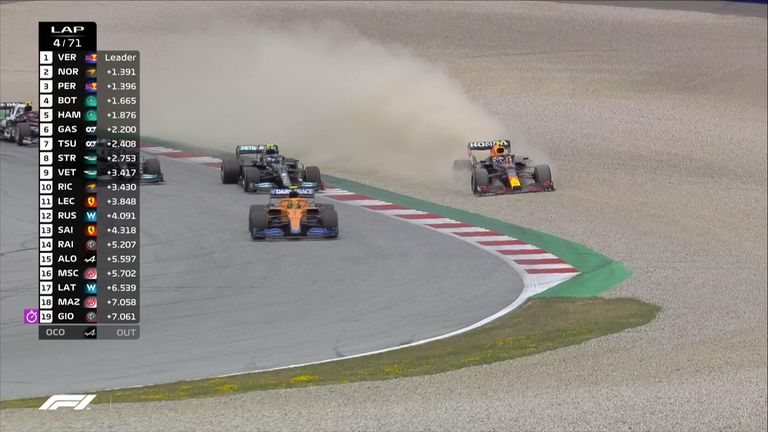 Perez may have been apologetic to Leclerc, but he wasn't so to Norris - accusing the McLaren driver, who eventually finished on the podium, of "ruining" his race.

Perez went wide onto the gravel at Turn 4 after trying to pass Norris for second place following the early Safety Car.

"Obviously it was over the limit, but Lando got away and he didn't have any damage while I basically got my race ruined," he said. "I got some damage from the gravel I guess.

"It was a disaster, my race. It was not fair racing."