Williams driver to now start outside the top 10 at his home Silverstone race after stewards found him at fault for tagging Carlos Sainz's wheel on the first lap of the F1 Sprint; watch Sunday's British GP live on Sky Sports F1 at 3pm, with build-up from 1.30pm 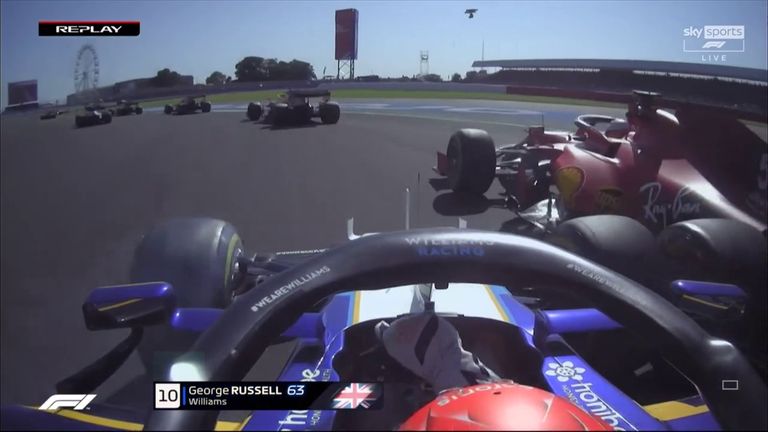 George Russell has lost three positions and been shuffled out of the top 10 on the British GP grid after being penalised for a tangle with Ferrari's Carlos Sainz in Saturday's F1 Sprint.

The Williams driver drops from ninth to 12th as a result of the three-place grid penalty imposed after being found to have forced Sainz off the track on the first lap of the sprint at the end of the Wellington Straight.

Sainz finished 11th but now gains a place on the grid courtesy of Russell's demotion.

The Ferrari driver described it as an unfortunate incident but felt it had been a "pretty obvious mistake by George", whereas the Briton had said there was "nothing more that I could have done".

Stewards investigated the incident after the session and found Russell to be at fault, applying the grid penalty and one additional point to his superlicence (a seventh in the last 12-month period). 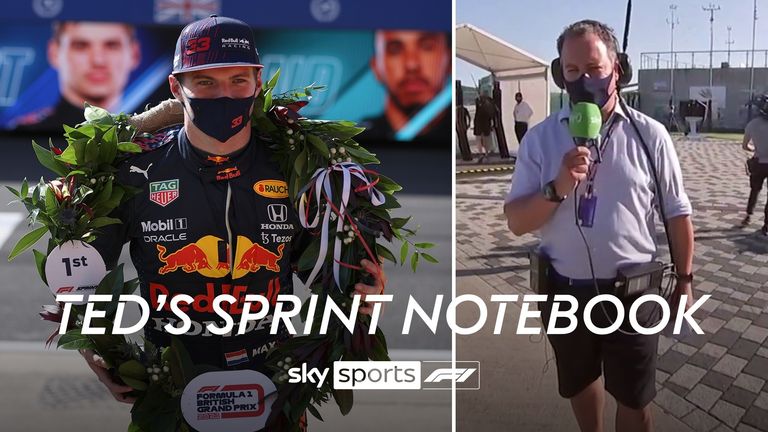 Russell had starred in Friday qualifying in front of a buoyant home crowd, achieving a best result of eighth in his Williams career. With the three penalty places adding to the one he lost on track in Saturday's sprint, the 23-year-old faces an increased challenge to finally score his first points for the team in Sunday's race.

"Car 63 locked the front brakes briefly and then understeered towards the edge of the track at the exit of the turn and contacted Car 55, which was forced off the circuit and on to the grass. Car 63 is judged at fault for the incident."

Explaining why a grid drop and time penalty was not imposed in this case, the stewards added: "The Stewards note that breaches of the regulations of this sort in a race normally result in time penalties, which are scaled based on normal Grand Prix race lengths.

"Both because of the shorter length of Sprint Qualifying and because it is used to establish the grid for the race, the Stewards feel that grid position penalties, as imposed here, are more appropriate."