Watch the Hungarian GP live only on Sky Sports F1 this weekend, with qualifying at 2pm on Saturday; Max Verstappen struggles with balance on his Red Bull in afternoon practice, with Mercedes pair Valtteri Bottas and Lewis Hamilton moving ahead on timesheet

Valtteri Bottas edged out Lewis Hamilton to the fastest time of Practice Two as Mercedes moved ahead of Red Bull's championship leader Max Verstappen at the Hungarian GP.

Verstappen had narrowly topped the morning session from the Mercedes pair at a scorching Hungaroring but slipped behind both in the afternoon, with the Dutchman grappling with balance issues on his car amid the hot temperatures.

Bottas' quickest lap of 1:17.012 was 0.027s faster than team-mate Hamilton's on their soft-tyre simulations.

"It's not a bad start for us. It's good to see that most likely we're going to be in the fight for the pole, so that's really motivating," said Bottas, with Mercedes' improved form relative to title leaders Red Bull continuing from Silverstone.

"It's so understeery it's incredible," reported Verstappen of his car to his Red Bull team after his qualifying simulation. 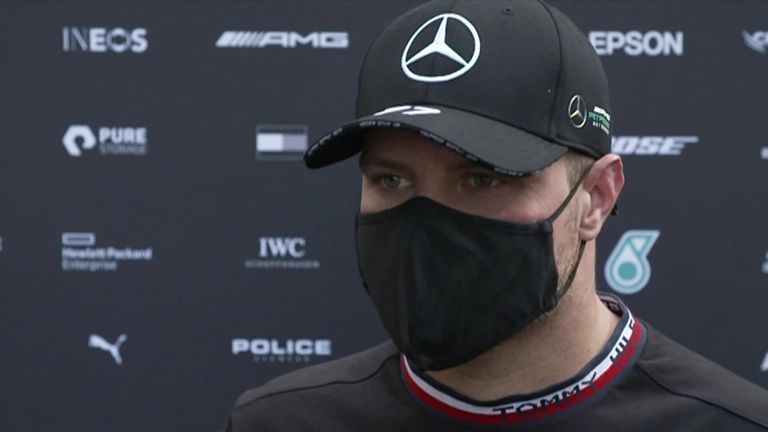 Alpine enjoyed an impressive session with Esteban Ocon up in fourth and Fernando Alonso seventh.

But Sergio Perez again lagged a long way adrift of the single-lap pace of his chief rivals, finishing 0.8s back in the second Red Bull.

Pierre Gasly backed up his strong P1 performance with another top six, with Sebastian Vettel just ahead of McLaren's Lando Norris and Lance Stroll for Aston Martin.

Both Ferraris slipped out of the top 10 in the second session but are likely to be further up along with McLaren, who were ninth and 14th, when everyone is on the same fuel levels in qualifying.

After heavily damaging the rear of his AlphaTauri in a morning crash at Turn Four, Yuki Tsunoda was only able to get back on track in time for a solitary flying lap at the end of the session.

What did the title contenders say about Friday?

Verstappen: A few adjustments we were trying from FP1 to FP2, so we need to look into which things worked and which didn't. The track was also very hot, so it's never easy like that.

"Over one lap, but also in the long run, a lot of things to look into but nothing shocking. It [the gap to Mercedes]'s nothing too big to overcome." 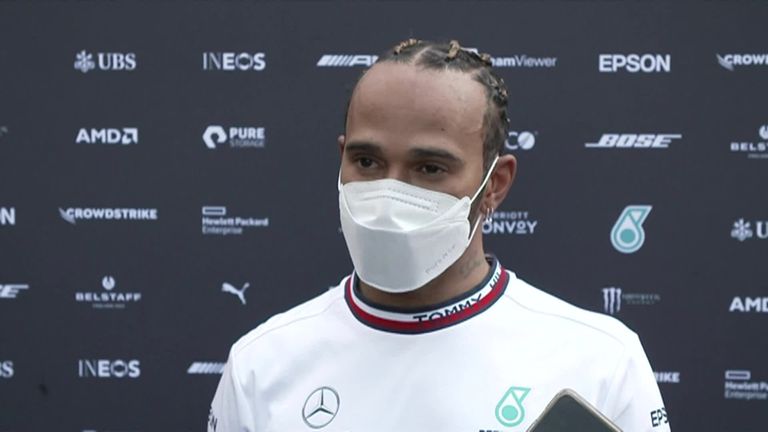 Hamilton: "It's roasting today. Lost a lot of weight, I think I've probably lost three kilos today in the sessions. Just melting the tyres out there, so it's quite hard to get the balance. Quite different to the last race we were at where everyone was struggling with the front tyres, they are a different beast this year, and it's different each race you go to. So that's been an interesting process trying to understand those better.

"Considering it doesn't really feel great out there in terms of the grip is poor, there's a lot of sliding around because I guess we are overheating as soon as we leave the pit lane. But everyone is in the same boat there. But to see Valtteri and I both on the front row pace-wise, that's great for the team and we will only improve on that. It's a good start."