Former McLaren boss Martin Whitmarsh is returning to Formula 1 in a newly-created role at Aston Martin, the team have announced.

Whitmarsh, who worked for McLaren for 24 years and was most recently their well-respected team principal from 2008 to 2014, will head up Aston Martin's Performance Technology division.

Aston Martin team owner Lawrence Stroll said Whitmarsh is joining as Group CEO of the new division - which will "encompass the brand's F1 activities" - to help "the transformation of Aston Martin into a world championship-winning organisation within the next four to five years".

"Moreover, he is a proven winner in Formula 1. He is therefore the ideal person for the job of working with me and our senior management team to lead and inspire our workforce to future success both on and off track." 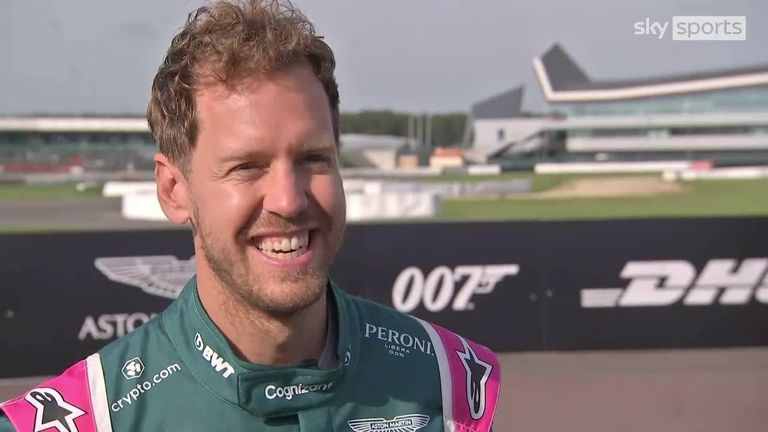 Whitmarsh will begin his new role from October 1 this year.

The 63-year-old, who since leaving McLaren in F1 has worked in various roles including in Sailing and Formula E, says he is "utterly convinced" Stroll's world championship aim is achievable and is "excited about the prospect of developing and applying our technical capabilities and intellectual property as a successful and profitable new business".

"I have known and admired Lawrence for many years, and I have always been extremely impressed by his formidable business acumen and his seemingly inexhaustible ambition," stated Whitmarsh.

"Equally, I have always respected 'Team Silverstone', if I can call it that, which has often punched above its weight under its various previous incarnations, and which now has the weight with which to punch harder than ever before.

"I know what it takes to win in Formula 1, and, inspired by Lawrence's leadership and backed by the skill, passion and resolve of the workforce, I intend to do whatever I can to make sure that our team becomes the winning operation that Lawrence is determined that it should be."

Welcoming Whitmarsh to the team, team principal Otmar Szafnauer added: "Martin's arrival will allow me to put 100 per cent of my energies into making Aston Martin a winning machine."

Whitmarsh is also part of the Hamilton Commission launched by Lewis Hamilton, his former McLaren driver, to increase diversity in motorsport

Hiring Whitmarsh is another sign of intent from team owner Stroll, who has made a number of key hires in recent months, while Aston Martin have also begun construction of their new high-tech factory.