Max Verstappen faces three-place grid penalty at Russian GP for his role in collision with Lewis Hamilton at Italian GP; Red Bull yet to decide if they will install new power unit in Dutchman's car; Watch Russian GP live only on Sky Sports F1 this weekend 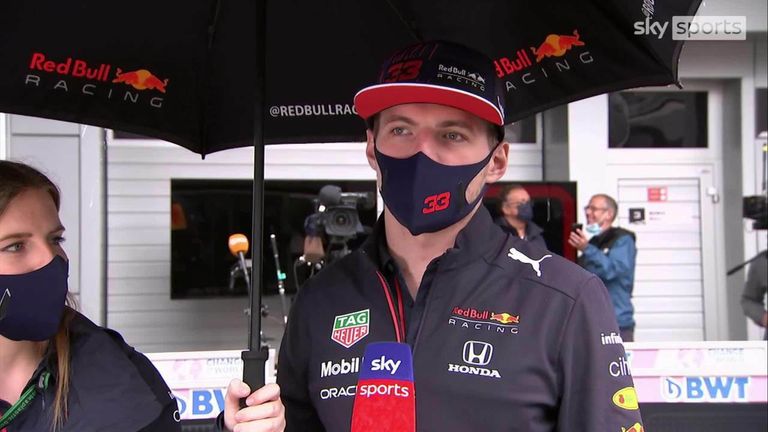 Max Verstappen says he has moved on from his crash with title rival Lewis Hamilton at the Italian GP and is not planning to change his approach in wheel-to-wheel battles.

Verstappen and Hamilton, separated by five points at the top of the drivers' championship, crashed out on lap 26 in Monza with Verstappen's Red Bull being launched onto Hamilton's Mercedes as he attempted a move at the first chicane.

Verstappen will serve a three-place grid penalty at this weekend's Russian GP after being found predominantly to blame for the incident - something the Dutchman does not agree with - but he insists he is not dwelling on the matter.

"We are professional enough just to handle the situation. At the time, I think we are both upset with what happened, but it's also important to move on," Verstappen told Sky Sports F1 in Sochi.

"You cannot always look back on the past because if you have to do that with every single one or moment in your life, not only Formula 1, then I think you will be a very sore person. You should be able to forget stuff, forgive stuff in general in life otherwise I don't think you will live a very happy life.

"That's also what you do in racing and we just move on and try to again have a good fight here in Sochi. 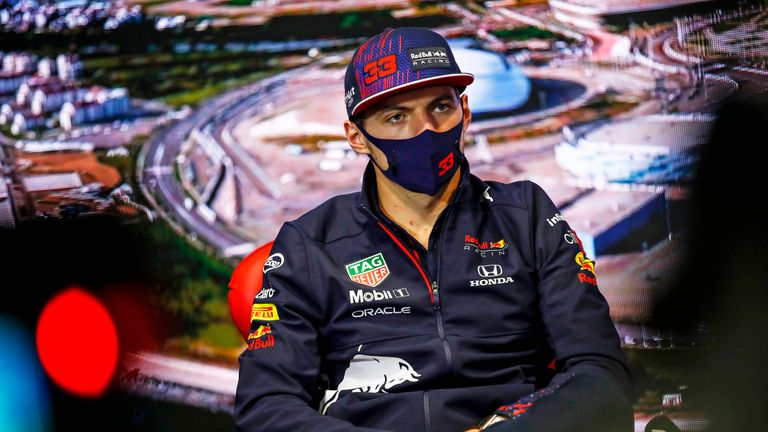 "It was super hard to pass around Monza. I don't think it really made any change to it because I really thought I had a fair shot at having a fight in the corner. Then of course whatever happened, happened. Hopefully next year we'll have more opportunities to fight anyway.

"We also need to look at why we got into that situation. Before I was there, a lot of things went wrong so there is a lot to learn from that weekend and we'll of course try to do better here in Sochi.

"We are fighting against each other in the championship so you want to give each other the most minimal amount of space and sometimes this can be misjudged and that's why you touch."

Asked specifically in the drivers' press conference if he would consider changing his approach when racing wheel to wheel with Hamilton, Verstappen replied: "I think that goes both ways, it's not only me when we are racing each other."

Verstappen hits back over 'hypocrisy' in crash

Verstappen also believes it was hypocritical of people to criticise him for walking away from the scene of the accident without checking if Hamilton was OK.

Hamilton had expressed his "surprise" at seeing Verstappen walk back to the paddock following the crash rather than checking if he had suffered any injuries.

Weeks earlier, Verstappen had hit out at Hamilton for celebrating his British GP win while the Dutchman was in hospital following the pair's high-speed coming together on the opening lap.

Verstappen says he knew Hamilton was fine in Monza as he could see the Briton trying to reverse his Mercedes out from underneath his stricken Red Bull.

"There are a lot of hypocrites in the world, that's for sure," Verstappen said.

"I jumped out of the car and looked to the left and he was still trying to reverse, shaking the wheel, trying to get away from under my car.

"I think he was absolutely fine because also flying on Monday or Tuesday to America to attend a gala, you only do that if you feel fine. So I think already there, everything was all under control."

Meanwhile, Red Bull will wait until later in the weekend before deciding whether to put a new engine in Verstappen's car this weekend.

Honda confirmed last month that the power unit in Verstappen's car when he crashed at the British GP was damaged beyond repair, meaning Red Bull would need to introduce a fourth engine at some point to the Dutchman's pool and result in him having to start a race from the back of the grid.

Verstappen's impending penalty in Sochi had made this weekend look a possible option, but with the weather forecast suggesting a wet qualifying and possibly wet race, Red Bull are set to wait until closer to race day before making a final call.

"We are still looking into everything. It also depends a bit on the weather so later on in the weekend we'll know more," Verstappen said.

"To be honest, there's still a lot of questions marks. I think we have to wait and see through the weekend what's happening, how competitive we are as well. Nothing has been fully decided yet."