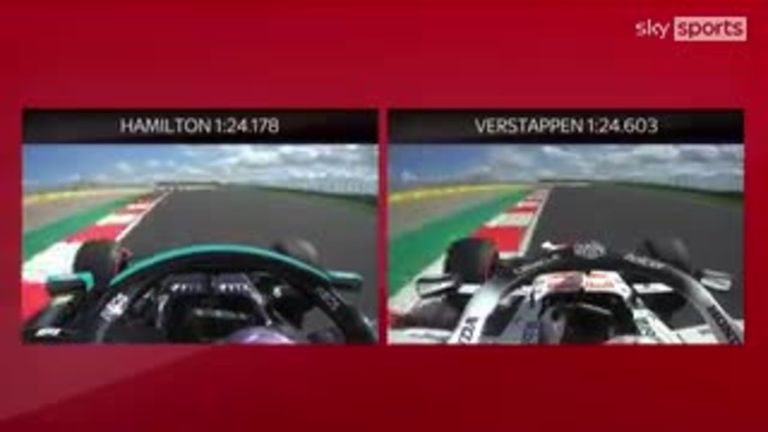 Lewis Hamilton set a soaring pace ahead of Max Verstappen in opening practice for the Turkish GP, as the championship leader enjoyed a positive start to the weekend despite his grid penalty confirmation.

Hamilton will take a 10-place grid penalty for Sunday's race after Mercedes opted to fit a new engine (ICE) to better serve him in his championship fight against Verstappen over the last seven rounds of the season.

But as that news filtered in off the track, Hamilton was dominating on it - much faster and seemingly much more comfortable around the thrilling Istanbul Park circuit than any other driver.

Hamilton posted multiple track records in the morning and finished with a fastest time of a 1:24.178, 0.425s quicker than Verstappen in the new-look Red Bull that has been transformed as a tribute to outgoing engine suppliers Honda.

Charles Leclerc was just behind Verstappen in third for Ferrari as, with improved grip levels, lap times were over 10 seconds faster than at this stage last year in Turkey.

Valtteri Bottas, who may have a key role to play against Verstappen with Hamilton down the grid come Sunday, was fourth ahead of Carlos Sainz, who is also taking an engine penalty this weekend.

Esteban Ocon was sixth, although his time - 0.7s off the pace - was impressive given he posted it on the hard tyres.

Lando Norris, desperate to bounce back from his Russian GP heartbreak, Pierre Gasly, Fernando Alonso and Sergio Perez filled the rest of the top-10. Red Bull will certainly be hoping for more from Perez through the weekend as they look to take advantage of Hamilton's penalty.