"We’re in the lead of the championship and we’re going to fight until the end"; with just two races to go this season, Max Verstappen remains in confident mood ahead of the inaugural Saudi Arabian Grand Prix; Lewis Hamilton confident but expects Red Bull response 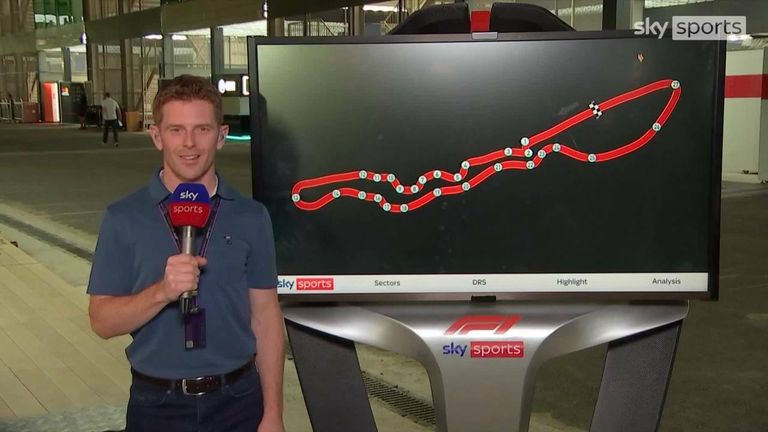 Max Verstappen has vowed to "fight until the end" in what is set to be an enthralling conclusion to his world title fight with Lewis Hamilton.

Verstappen looked to be fast closing in on a maiden world championship before successive dominant victories for Hamilton in Brazil and Qatar reduced the Dutchman's lead to only eight points.

With only two races to go, that lead means Verstappen does have a first mathematical chance to clinch the title at this Sunday's Saudi Arabian GP - although that appears to represent a tall order in normal circumstances.

Mercedes' recent pace advantage over Red Bull has been pronounced and the new Jeddah street layout features characteristics that are expected to favour the reigning champions' car.

Nonetheless, Verstappen remains optimistic it will be he who will emerge triumphant in the end.

"We're in the lead of the championship and we're going to fight until the end," he told Sky Sports F1.

"Everyone is very motivated for that." 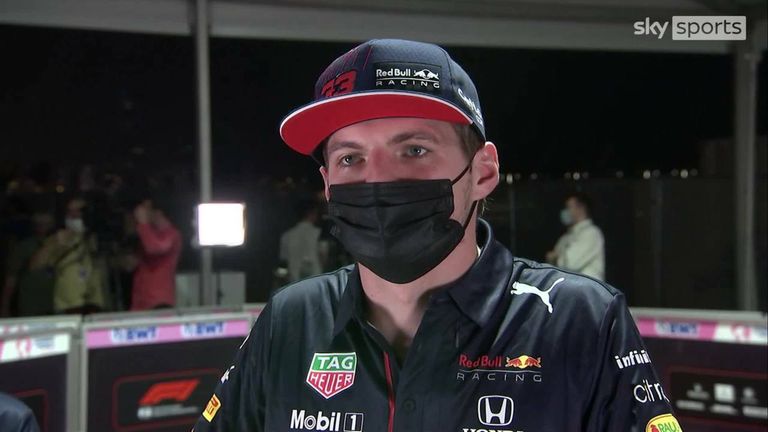 With an average speed of around 250 kilometres per hour, the Jeddah Corniche Circuit is set to be the second-fastest layout on the calendar after Monza.

That should favour Mercedes and Hamilton, who will be reverting to his freshest engine, which debuted to stunning effect in Brazil, for the penultimate race of the season.

However, fortunes have fluctuated throughout the year and Verstappen is not certain how things will pan out in Saudi Arabia's first Formula 1 race.

When asked if he expects Mercedes to dominate again under floodlights, the 24-year-old responded: "We don't really know. It's a new track. We don't know the grip levels. A lot of things can happen on a street circuit anyway. 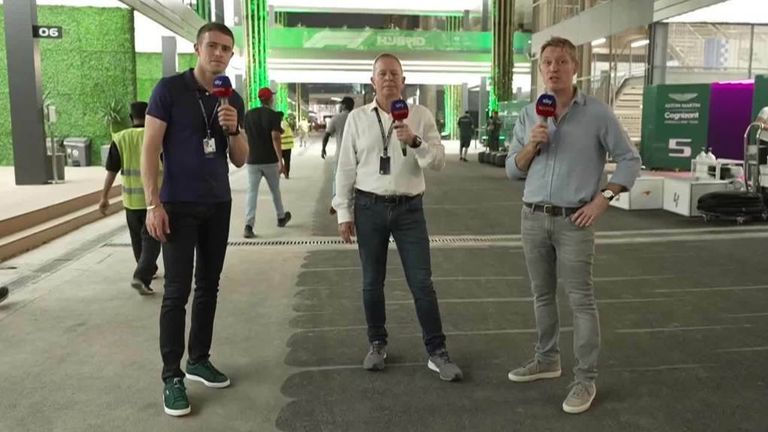 "We just have to try to put a good car on the track, and then of course you need to get comfortable driving as well because the track layout is very quick and not a lot of room for error.

"It's a special track. We don't really know what our competitors are going to do. We always try to do the best we can."

There has been increasing tension between the teams as the pressure of the title race intensifies, with Red Bull and Mercedes arguing over engines and rear wings among other things.

The Silver Arrows have won the last seven constructors' titles, but Verstappen will know that a 10th win of the campaign in Jeddah could help end their stranglehold over the sport and put him in prime position to claim a historic first world title.

Hamilton: Not good to assume that your opponent is on the ropes Having immediately responded to two impressive consecutive wins for Verstappen (USA and Mexico) with two of his own, Hamilton arrives in Saudi Arabia with the clear championship momentum, even if a third win on the spin here might not necessarily mean he takes the points lead for an Abu Dhabi decider next week.

Mercedes are widely considered the big favourites owing to the characteristics of the fast Jeddah layout but Hamilton remains wary of such appointed statuses in a season in which the balance of power has regularly swung between the grid's big two teams.

"I don't think it's ever good to assume that your opponent is on the ropes," said Hamilton.

"Time and time again they come back strong every race so we have to assume they're going to come back strong this weekend and we have to give it all. So that's what we've done. We've prepared the best we can possibly prepare with these unknowns [of the circuit] and I truly believe we are the best team."

Hamilton could be just 10 days away from becoming F1's first eight-time world champion and admits a triumphant end to this particular season would carry special meaning.

"It's different in one sense, because we've got two incredibly close teams," he said.

"The exciting part is it's a really fast but narrow street circuit. It will be a unique spectacle."@craigslaterSky takes a first look at F1's newest venue - and hears from Michael Masi about the challenge of the track.#SkyF1 | #F1 | #SaudiArabianGP 🇸🇦 pic.twitter.com/Ve96U8stnn

"It's different because as a team we're fighting in uncharted territory. Nobody's ever won eight titles, team or driver - so that's quite fresh and new.

"On the other side, I'm more relaxed than I've ever been. I think because I've been around a long time. It's not my first... I remember how it was with my first championship, and even my second and third the sleepless nights and all the things.

"I'm more chilled about myself and applied myself better than ever before. I know I can't change what's in the past, all I can do is prepare the best I can. I 100 per cent know I have."