Lewis Hamilton will start on pole position for the Saudi Arabian GP after title rival Max Verstappen let the chance to head the grid slip by hitting the wall on the final corner of qualifying.

Verstappen, the eight-point championship leader, will now start from third behind an all-Mercedes front row of Hamilton and Valtteri Bottas for Sunday's race, the penultimate round of an incredible season.

At the end of tense and dramatic qualifying hour around the relentlessly fast Jeddah street track, Verstappen was absolutely flying on his final attempt and was two tenths of a second up on Hamilton, who had just taken over provisional pole, through the lap's first two sectors.

But then, disaster. Locking his car's front-left brake into the Turn 27 final turn, Verstappen was slightly out of shape into the left hander, slid wide and as he kept the power on his right-rear wheel tagged the barrier with significant force.

"It's of course terrible," said a disappointed Verstappen afterwards of an error that could have significant ramifications for the outcome of the season.

"In general it was a good qualifying, I knew the pace was there and it showed at the end. I don't really understand what happened but I locked up, I still tried to keep the car on track and keep going but clipped the rear and had to stop."

Sky F1's Martin Brundle said: "He locked a front wheel and got frustrated."

Verstappen has an outside chance to close out his maiden title on Sunday if he outscores Hamilton by 18 points but the prospect of the required difficult race for his Mercedes rival has been further lessened by Hamilton's heading for an all-Mercedes front row.

Verstappen now has a nervy wait to discover whether the impact with the barriers damaged any core elements of his car, such as gearbox, which could require a grid-penalty-triggering change.

"That was looking like the lap of the year…it's a great shame," said Red Bull boss Christian Horner to Sky F1. "Let's hope the gearbox isn't damaged and we will see what we can do tomorrow." 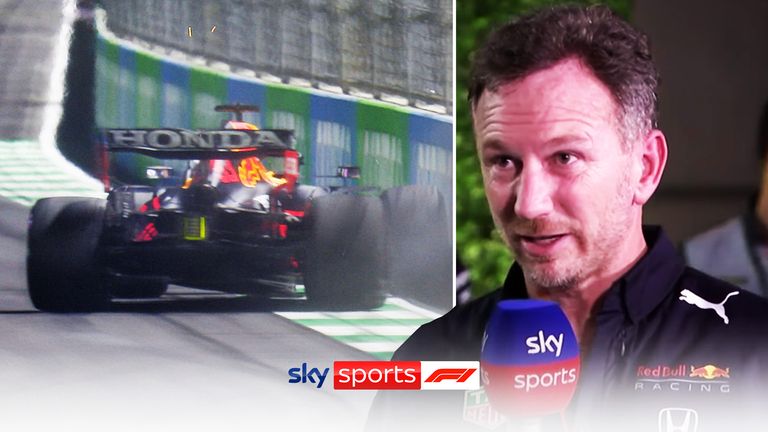 In a further complication for Red Bull, Sergio Perez was beaten to fourth by Ferrari's Charles Leclerc.

Pierre Gasly was next up in sixth amid a strong weekend for both AlphaTauri cars - Yuki Tsunoda qualified eighth - with Lando Norris the only McLaren in the top 10 in seventh.

Ferrari's Carlos Sainz was the surprise driver to drop out in Q2.

Struggling with his car's handling, the Spaniard was lucky not to make significant contact with the barriers in a high-speed spin on his first run of that session before consigning himself to 15th on the grid an error on his final attempt. 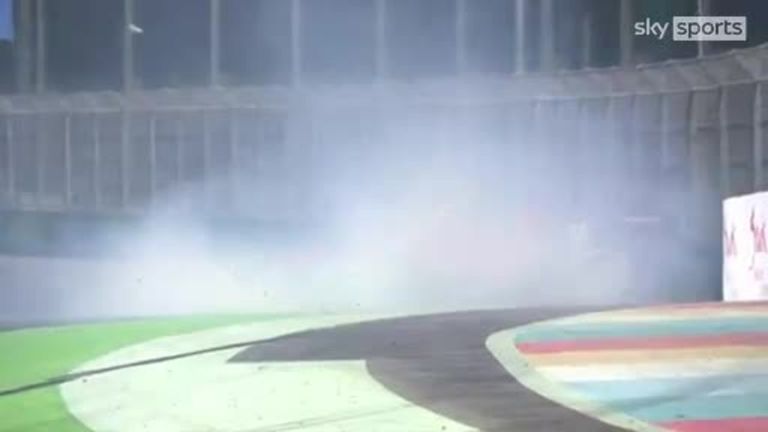 Another 2021 title twist: How costly will Verstappen's mistake prove? 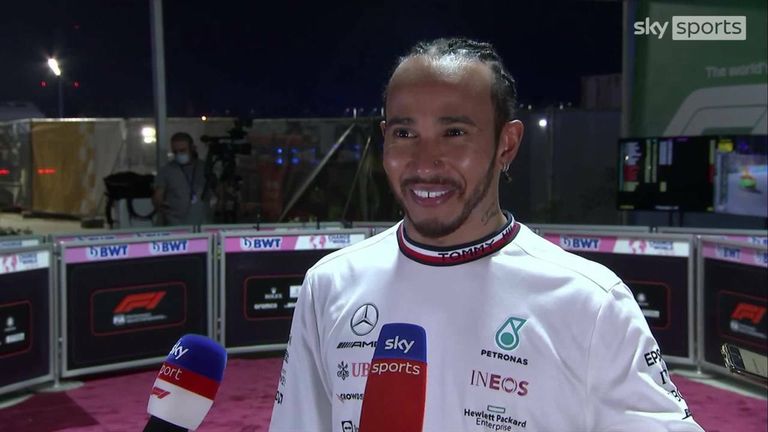 Drama. And then drama again - this is the Formula 1 season that just keeps on giving.

The focus ahead of qualifying had been on Hamilton, the seven-time champion summoned to stewards after final practice for two potential infringements concerning yellow flags and blocking.

Cleared over the first incident just before Q1 and then reprimanded for the second during the session, once the stewards' verdicts were in the focus exclusively turned back to the battle on track around an impressively fast, wall-lined Jeddah circuit which drivers have raved about all weekend and on which they are lapping in average speeds of 153mph.

The nature of the track had led most to consider it a venue that Mercedes might dominate at, but final practice had painted a different picture - with Red Bull seemingly happier on the soft tyres than their championship rivals.

In Q3, Mercedes were out first with a plan for longer-running but Hamilton made a mistake on his first flying lap. His second delivered the fastest time of the session at that point but it was nowhere near Verstappen's own early benchmark that the Dutchman soon delivered, the Red Bull four tenths of a second faster and seemingly on his way to pole.

MAX VERSTAPPEN HITS THE WALL ON THE LAST TURN!! 💥

But Hamilton was not done yet and, crucially as it would turn out, the Mercedes driver's final attempt saw him lap a tenth inside Verstappen's time. His Dutch rival was of course set to beat that, but then came Turn 27.

"We were quick through practice but for some reason P3 and particularly qualifying I was lacking pace and particularly struggling with the tyres," said Hamilton, who embraced Bottas after qualifying after the Finn had also beaten Verstappen's original time.

"For us to get a one-two, I'm really proud of Valtteri and everyone on the team, this is a great result.

"Those guys [Red Bull] were just so fast. They've obviously fixed something from their set-up and they were rapid today."