Watch a special edition of The F1 Show titled Abu Dhabi: One Month On on Friday via YouTube first or Sky Sports F1 at 6pm; The Sky F1 team take a deep dive into the events on the night of December's season finale and what has happened since

Michael Masi's future as Formula 1's race director remains at the centre of scrutiny and uncertainty in the wake of the controversial end to the 2021 season in Abu Dhabi.

In a special edition of The F1 Show titled Abu Dhabi: One Month On, which airs on Sky Sports F1's YouTube and TV channels on Friday, the Sky F1 team take a deep dive into the ongoing controversy around the events of December's season finale which saw Lewis Hamilton lose the world title to Max Verstappen on the race's final lap.

Hosted by Simon Lazenby, the panel of pundits and reporters dissect the decisions that were made on the night, what has happened in the four weeks since, and what might happen next as the controversy rumbles on unabated into the New Year.

Watch in full later on Friday on Sky F1's YouTube channel. The show then airs at 6pm on Sky Sports F1 and Sky Sports Main Event.

What now for race director Masi?

With the FIA holding an inquiry into the events of Abu Dhabi, having said the fallout is "tarnishing the image of the championship", Masi's future ahead of the 2022 season remains one of the big unanswered questions after the race director's heavily-criticised handling of the late Safety Car period.

"If the FIA and F1 want Michael Masi to stay, and if Michael Masi wants to stay, he's clearly only got one life left. So I don't know if that's tenable all around," said Martin Brundle.

"Who would you replace him with? Be careful what you wish for, I would say in this.

"What I absolutely know for sure is that changing Michael Masi will not fix the problem. This is way too big a job for one person to handle, in a 23-race season that's only going to grow."

Mercedes were left incensed by the manner in which Race Control, which is headed by Masi, restarted the race on the final lap, arguing that two key aspects of the rules governing the Safety Car were incorrectly applied.

Race stewards backed the Australian's handling of the restart as they dismissed Mercedes' post-race protest, but the FIA subsequently committed to a review of what unfolded after conversations with the angered constructors' champions.

Johnny Herbert believes the decision-making was "totally wrong" and that Masi cannot survive the events of Abu Dhabi in the role, saying his calls did "too much damage" to the sport.

"The position that he's in, you've got to have trust. I think that trust has completely and utterly evaporated," said the three-time GP winner.

"The problem is, who do you replace him with because experience is going to be very, very important for who slots into that position. Michael was very fortunate, working underneath Charlie Whiting, and learned a lot of good things from that point of view.

"Is there anyone who stands out for me to replace him? No, and that is the conundrum." 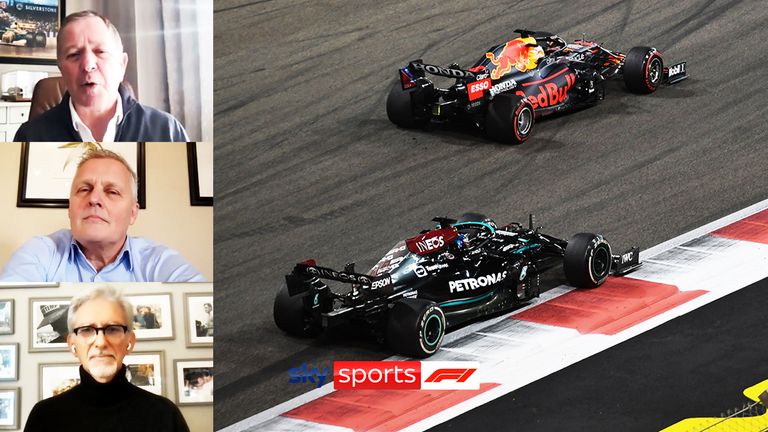 Hamilton's only comment on how the final laps played out came from his team radio in the final seconds of the race, when he said "this has been manipulated". Amid a fan backlash and general confusion about what exactly occurred and why, questions over the integrity of the sport have since been aired.

Damon Hill, the 1996 world champion, said: "Obviously the Lewis Hamilton fans feel very aggrieved, and Lewis may well do, and Mercedes do that the way the decision went disadvantaged them and they felt robbed.

"So there's a lot of ill-feeling. The Dutch camp of course are very happy with the result, but was it a satisfactory way of deciding a championship? You have to say it was unsatisfactory and I think it might have even been unfair because if you look at it from the point of view of how the decision was made, it allowed some cars to unlap themselves but not others.

"That in itself is unfair. What it resulted with is a focus on the two title protagonists and I don't think you can run a motor race or a championship like that, you have to apply the rules equally to all competitors."

Asked if Masi might be the one to ultimately lose out in the fallout, Brundle replied: "He might be the sacrificial lamb.

"What's really important here for the FIA and for Formula 1 is that this is not swept under the carpet and just left for a few weeks and then overtaken by the new 2022 cars, and the tests, and what have you.

"We need to understand what happened and why it won't happen again.

"We need to reassure the fans that what they are seeing is for real, genuine, and that they are giving up their free time to watch something that is a genuine competition."

So what's the latest situation at the FIA?

On Thursday, F1's governing body issued its first official update on the progress of its investigation since the process was initiated on December 15. With new president Mohammed Ben Sulayem said to be treating the process as a high priority, the FIA said that he has asked Peter Bayer to "review and optimise" its F1 structure for the 2022 season.

Bayer is the secretary general for motorsport but has also assumed overall responsibility for single-seater championship matters too.

Explaining the state of play at the FIA and the long-planned administrative change involving Bayer, Sky F1 commentator David Croft said: "Michael Masi is still very much in a job and still in his role responsible for the sporting side of the single-seater series that the FIA control. That's not just Formula 1. Nikolas Tombazis has a role on the technical directive of that single-seater side.

"But they are now both managed, in terms of a line manager, by Peter Bayer. He is the secretary general for motorsport at the FIA and has assumed a role almost as an F1 commissioner. 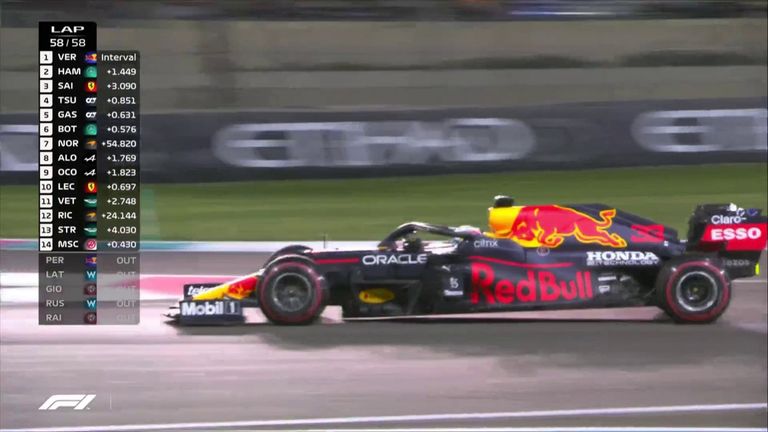 "This was actually proposed and accepted by the World Motor Sport Council before the race in Abu Dhabi. So Masi and Tombazis now have someone that they report into that can take a much keener interest in what is going on and give them help, support and guidance. But that is not as a consequence of the Abu Dhabi race."

On the pressure placed on Masi, Hill said: "He had a lot to deal with and I think he buckled under the pressure, from both teams who were on the radio to him. This is something they are going to look at and say you cannot have people as powerful as Toto Wolff and Christian Horner badgering the race director when he's trying to sort out the race. He came under enormous pressure. He had a lot on his plate and he needs back-up.

"It was just an awful mess at the end and it's left this chaos and sense of dissatisfaction about how it ended."