Is Formula 1 2022 set for Ferrari vs Red Bull vs Mercedes? Charles Leclerc and Carlos Sainz have their say on chances; The season-opening Bahrain GP starts today on Sky Sports F1 with practice build-up from 11.30am Ferrari insist Red Bull and Mercedes are still the teams to beat at the Bahrain GP, with the Scuderia's drivers admitting they are not yet believing "the hype" around the team following a strong start to Formula 1 2022.

After an impressive pre-season testing - where their car was both reliable and fast - Ferrari are heading into the season-opening Bahrain GP as one of the favourites, which in itself is testament to their work preparing for the new rules following two years fighting in the midfield.

Charles Leclerc, however, countered: "I think Red Bull are for what they've shown... but I also think that Mercedes didn't show all their potential."

Red Bull's speed appears clear, having bolted on upgrades on the final day of testing to move ahead of a chasing pack led by Ferrari, while Mercedes' form is somewhat of a mystery, with 'porpoising' issues and a lack of performance runs.

"They've done a few laps here and there which were good once they were putting everything together, but they didn't really put anything together to be honest," added Leclerc. "So I think there's a lot more to come from Mercedes too and I think they will be the two teams to beat this year." It does though appear clear that F1 is set for a three-team battle, at least at the start of the season. And Ferrari, F1's most successful team, could yet start it in style with their first victory since 2019.

"In your mind you want to come here ready to fight for a win because as a driver you want to be ready, but also not believing too much the hype around us and whatever we think we are.

"I'm ready for whatever comes because I've obviously been preparing for this weekend for a while. Maybe after P1, P2, P3 I will start putting my expectations somewhere higher or lower."

While Leclerc described himself as "pessimistic", he did admit Ferrari have "smiles on their faces" after a successful, trouble-free and speedy pre-season. The Scuderia, in contrast to their rivals, opted to optimise their package rather than significantly change it, which seemingly helped them with consistency.

"I think only the first race will tell us whether our approach was the best one," stated Leclerc.

"But I feel confident because I feel like the knowledge that we have of our car, probably no one else has the same knowledge of their car because they've been changing it. 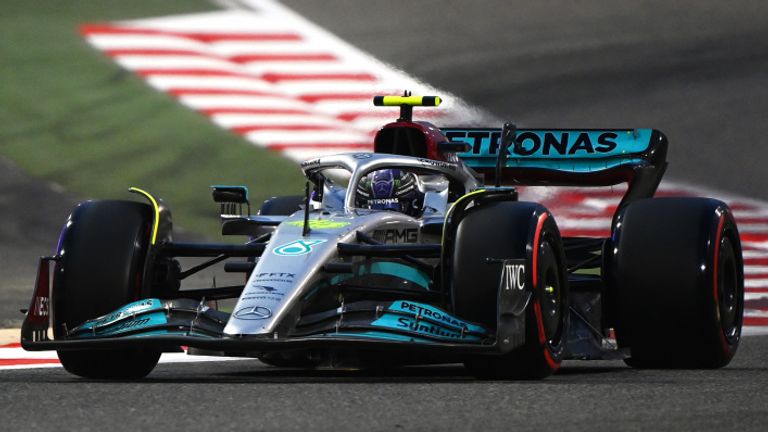 "But on the other hand, obviously Red Bull did a massive step on the last day with new upgrades, and I was very surprised to see the new Mercedes at the beginning of testing, a very different concept to everyone which was quite extreme.

"It's definitely going to be interesting to see in qualifying which works better, but I'm happy with our approach and we know very, very well our car already."

Asked about the "pressure" on Ferrari now they are being tipped as contenders again, Leclerc added: "For me I don't feel it as extra pressure, I see it as a positive thing.

"It's a good sign if people expect us to be fighting at the front, it means we've been doing something right and what we've been doing with testing, even if it's only testing, was enough to make people think we are in front.

"We don't get carried away for now but it's good to get these headlines back because in the last two years it didn't happen much!"