Sebastian Vettel won four consecutive F1 world titles with Red Bull between 2010 and 2013; the 35-year-old German will see out the final season of his career with Aston Martin; watch Vettel drive in the Hungarian GP live on Sky Sports this weekend 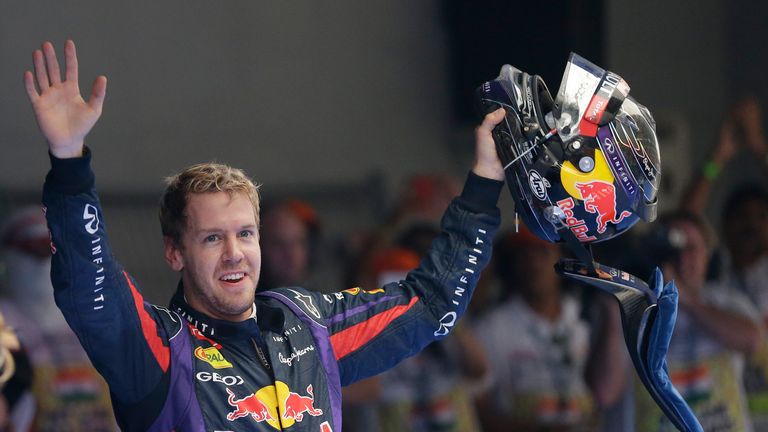 Four-time world champion Sebastian Vettel has announced he will retire from Formula 1 at the end of the 2022 season.

After making his debut in 2007, Vettel went on to win four consecutive world championships for Red Bull between 2010 and 2013, the first of which made him the sport's youngest title winner.

The 35-year-old German, who spent six seasons with Ferrari after joining the Italian team in 2015, will see out the remainder of his final campaign with Aston Martin.

Vettel is currently third on the list of all-time Grand Prix winners with 53 victories, trailing only Lewis Hamilton and Michael Schumacher, while his 13 victories in 2013 leave him tied with Schumacher for the most wins in a season.

"The decision to retire has been a difficult one for me to take, and I have spent a lot of time thinking about it," said Vettel, who confirmed his retirement in a video posted on Instagram on Thursday ahead of this weekend's Hungarian GP. "At the end of the year I want to take some more time to reflect on what I will focus on next; it is very clear to me that, being a father, I want to spend more time with my family."

Vettel, who is set to sign off at the season-ending Abu Dhabi Grand Prix in November which will mark his 300th race, has become known for activism in the latter stages of his career.

Earlier in 2022, he was the first driver to announce that he would not race in Russia following the country's invasion of Ukraine, while he recently became the first F1 driver to feature as a cover star of LGBTQ publication Attitude Magazine.

In his video posted on social media, Vettel added: "I love this sport. It has been central to my life since I can remember. But as much as there is life on track, there is my life off track too. Being a racing driver has never been my sole identity. I very much believe in identity by who we are and how we treat others rather than what we do.

"I believe in change and progress and that every little bit makes a difference. I am an optimist and I believe people are good. Next to racing, I have grown a family and I love being around them. I have grown other interests outside Formula 1. My passion for racing and Formula 1 comes with lots of time spent away from them and takes a lot of energy.

"Committing to my passion the way I did and the way I think it is right, does no longer go side by side with my wish to be a great father and husband. The energy it takes to become one with the car and the team, to chase perfection takes focus and commitment.

"My goals have shifted from winning races and fighting for championships to seeing my children grow, passing on my values, helping them up when they fall, listening to them when they need me, not having to say goodbye, and most importantly, being able to learn from them and let them inspire me."

Vettel made an instant impact on F1 as he made his debut as a 19-year-old for BMW Sauber in 2007, becoming the youngest driver to score a championship point as he stepped in for the injured Robert Kubica at the United States Grand Prix.

He would get a permanent seat with Red Bull's junior team, Toro Rosso, for the 2008 season, and announced himself as a future champion by taking a stunning victory in the midfield car at a thrilling wet Italian GP.

After finishing eighth in the 2008 world championship, Vettel earned a promotion to the senior Red Bull team, where he finished second in his debut campaign behind world champion Jenson Button.

From there, he enjoyed one of the most dominant periods in the sport's history, winning four consecutive titles. The 2010 and 2012 titles were narrowly claimed ahead of then-Ferrari driver Fernando Alonso, while the other two triumphs came by huge margins.

Vettel was outperformed by a team-mate (Daniel Ricciardo) for the first time in his F1 career in 2014 as Red Bull's dominance ended, before moving to Ferrari at the end of that campaign as he sought to emulate compatriot Schumacher's achievements with the Italian team.

Vettel was unable to get over the line, coming up short in tense title battles with Hamilton in 2017 and 2018, before being outperformed by a young team-mate once more, this time Charles Leclerc in 2019.

A dismal final campaign for Ferrari in 2020, a season in which they were way off the pace, saw Vettel finish 13th in the World Championship, before he joined an Aston Martin team that he had hoped was on an upward trajectory. However, those hopes did not come to fruition, with the Aston Martin struggling towards the back of the midfield, with Vettel's second-placed finish at the Azerbaijan GP a rare highlight in a disappointing campaign for the team.

The fact that Aston Martin have been even further off the pace this season, in which Vettel sits 14th in the standings after 12 races, would undoubtedly have made his decision to walk away from the sport a more simple one.

Sebastian Vettel has four (World Championships) so he will always be mentioned in that (top) bracket. Does he absolutely rank amongst the very greatest of all time, the top five let's say? It is difficult to answer.

In Championship terms, yes he does because only Michael Schumacher and Lewis Hamilton and the great Juan Manuel Fangio have more Championships than he does. 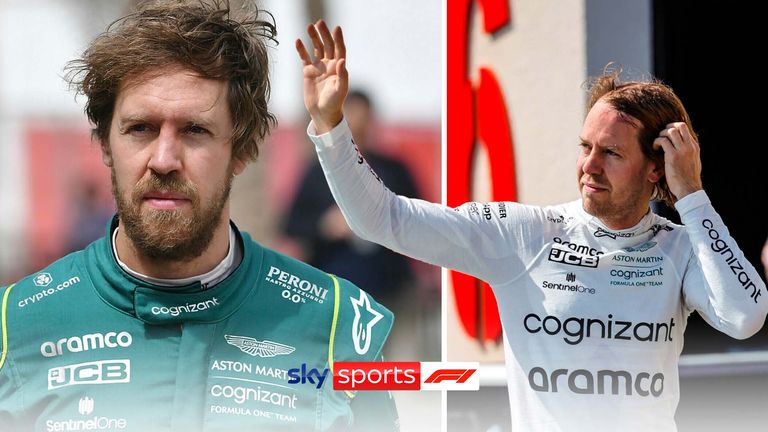 I suppose people will look at his career and ask to what extent was it that outstanding Red Bull car which was head and shoulders better than the rest of the field in two of his four Championship-winning seasons, at least.

Against that, you have to say he won in a Toro Rosso before Red Bull, which is a remarkable achievement and something only Pierre Gasly has recently been able to do in a rather fortuitous set of circumstances.

He looked like a championship challenger at Ferrari but couldn't quite get those bids over the line.

But I think in the wider sense of what he has contributed to the sport, and also in terms of his activism, I think that has elevated his status in recent years and I think that in particular is something that will be missed by Formula One. 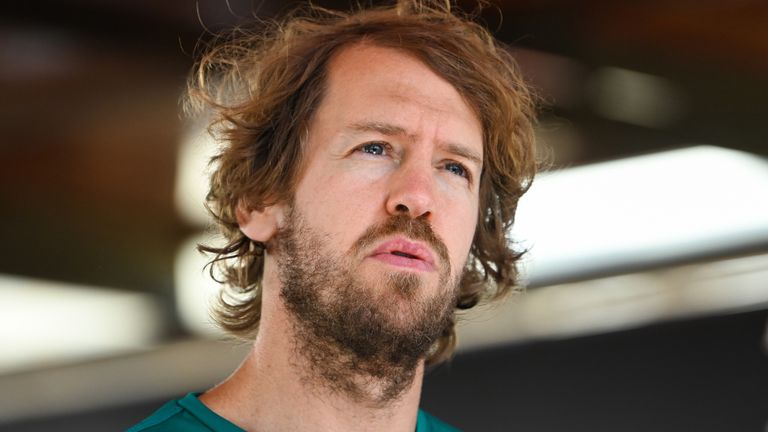 The fact that he spoke out on so many important matters, even in Hungary this time last year, carrying the pride colours in a country that had recently passed anti-LGBTQ+ legislation in many people's minds.

He has been an ardent ally of Lewis Hamilton in many of the causes he has espoused as well and just has this wisdom and experience and has kind of been a moral compass for the sport over the last few years.

Alongside his considerable on-track achievements, he will always be a figure that is distinctive in the sport's history.