George Russell sets the pace in Practice One, two-tenths ahead of Lewis Hamilton; Ferrari and McLaren behind Mercedes while Max Verstappen completed only seven laps before gearbox issue; Watch Practice Two on Sky Sports F1 at 3pm, with build-up from 2.45pm

By Matt Morlidge at Zandvoort 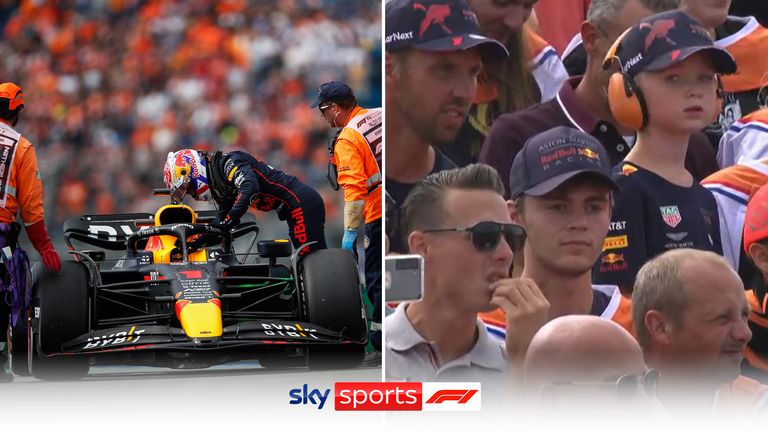 George Russell led a surprise Mercedes one-two in an intriguing first practice for the Dutch GP, as home favourite Max Verstappen's F1 momentum took a sudden turn after breaking down on track in his Red Bull.

Verstappen completed only seven laps before he suffered a gearbox issue, with a boisterous sell-out Zandvoort crowd left in stunned silence as the Dutchman's car ground to a halt.

Verstappen was not able to return in the session, leaving him unexpectedly on the back foot after dominating last weekend's Belgian GP, where a 14th-to-first victory charge put him 93 points clear in the title race.

In Verstappen's absence, Ferrari and McLaren battled for the top positions before Mercedes fitted the quickest soft tyres and stormed to the front. 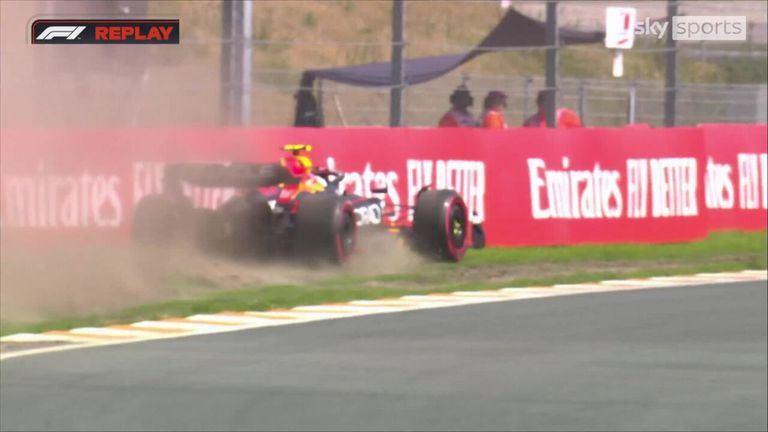 Carlos Sainz was third for Ferrari with Lando Norris fourth, with McLaren significantly faster than midfield rivals Alpine - their off-track battle continuing as the off-track dispute over Oscar Piastri rumbles on with no announcement.

Daniel Ricciardo was fifth ahead of Charles Leclerc and Sergio Perez, who were surprisingly off the pace in their Ferrari and Red Bull cars.

While we do not know Verstappen's pace at Zandvoort yet, the early signs for Mercedes are certainly positive after a disappointing weekend at Spa. 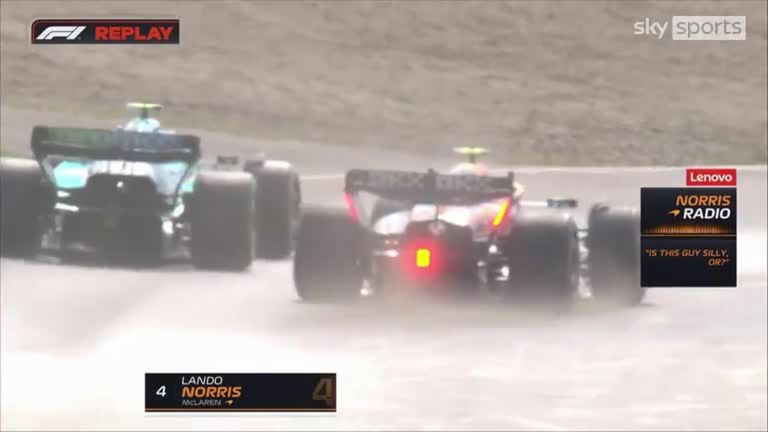 "This is looking more like a Budapest weekend than a Spa weekend," said Sky Sports F1's Karun Chandhok, referencing the Hungarian GP where Mercedes took pole and the Belgian GP where they were 1.8s off in qualifying.

"We lost drive, shifting from fourth to fifth, so we need to get the car back and understand that," Horner told Sky Sports F1. "Hopefully, we'll be able to get it turned around quickly for the next session."

Both Alpines were in the top-10, along with Alex Albon who continues to overachieve in the Williams.