Max Verstappen triumphed in an enthralling contest with rival Lewis Hamilton to win his home race; Verstappen extended his world championship lead to 109 points; F1 heads to Italy next weekend with all sessions live on Sky Sports F1 from September 9-11 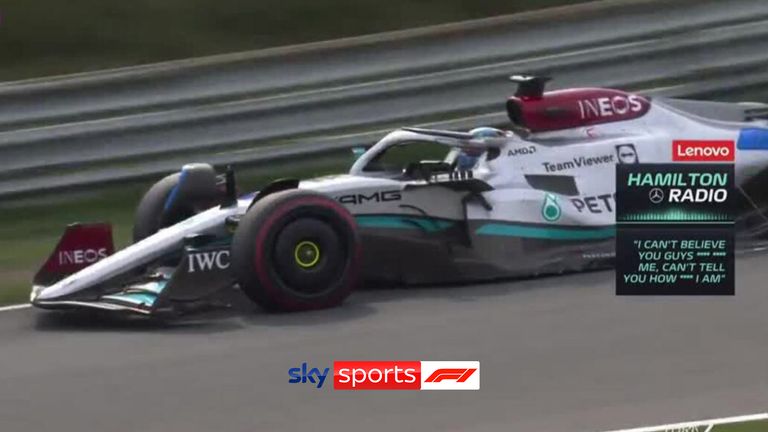 Red Bull team principal Christian Horner was surprised by Mercedes' late-race strategy decisions during the Dutch GP, despite Max Verstappen insisting he would have won the race regardless.

Verstappen extended his world championship lead to 109 points after coming out on top in an absorbing contest with Lewis Hamilton amid a dramatic race that saw a virtual and full Safety Car alter strategies in the latter stages.

Hamilton and George Russell led Verstappen after the Dutchman pitted from the lead for soft tyres when Valtteri Bottas brought out a Safety Car, but Russell then decided to pit too, leaving Hamilton exposed on his older medium tyres.

Verstappen immediately cruised past Hamilton at the restart, before Russell and Charles Leclerc, who was also on fresh softs, eased past the Briton to leave him to finish fourth.

"You've got your home driver, leading in front of 105,000 people, and you decide to pit him for the soft tyres and concede track position behind two Mercedes," Horner said. 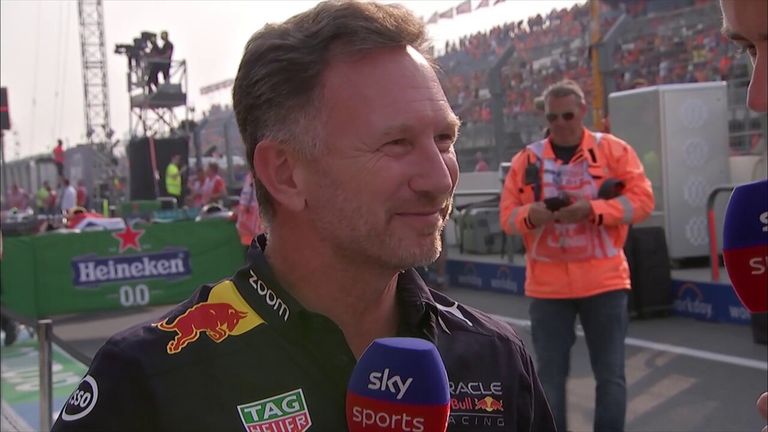 "I was quite surprised that they didn't leave George out strategically as a rear gunner for Lewis. When he pitted, it gave a straight fight between Max and Lewis with a tyre offset.

"By the time they came past us on the pit wall, Max was already alongside, and thereafter it was a matter of controlling the race."

Russell appeared to convince Mercedes to allow him to stop on team radio, while Hamilton reacted furiously during the race, before apologising to his team afterwards.

"My biggest concern was it would be two against one," Horner added.

"But when George seemed to pit himself, that then freed up a one-on-one fight with Max versus Lewis."

Verstappen was adamant he had the pace to win the race under any circumstances and said pitting Russell was a "smart call".

"I think I would have gotten both of them anyway if they would have stayed out," Verstappen said.

"So I think it was a smart call to pit as well."

Verstappen started the race from pole on the soft tyre, while Hamilton and Russell, starting fourth and sixth respectively, were on the more durable medium. 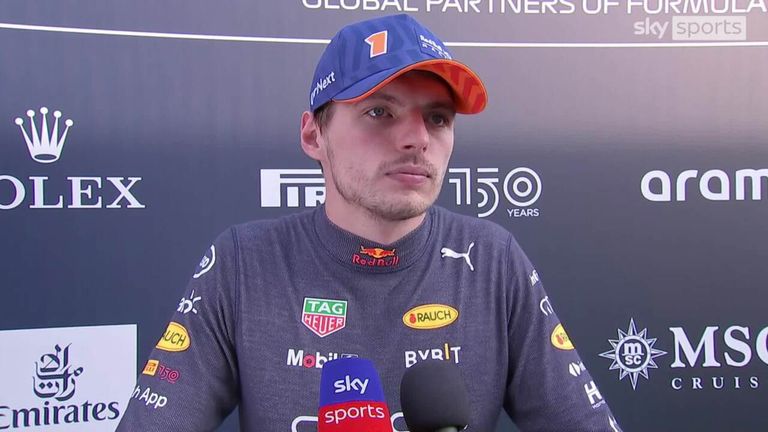 That allowed the Silver Arrows to run longer and switch to a one-stop strategy when cars further back in the field offered an indication the hard tyres were working far better on race day than simulations in practice had suggested.

As the race progressed, it looked like Verstappen would have to overtake both Hamilton and Russell on a tight circuit. But a bizarre Yuki Tsunoda stoppage - amid tyre and seatbelt issues - then triggered a Virtual Safety Car and a chance for the Dutchman to pit and not lose huge amounts of time.

Hamilton stopped too and Verstappen was in control again before Bottas' technical issue led to a full Safety Car with 15 laps remaining, which saw the late drama unfold.

"I think everything worked well," Verstappen said. "We stayed calm and there's not a lot of confusion on the radio - they know what to do. 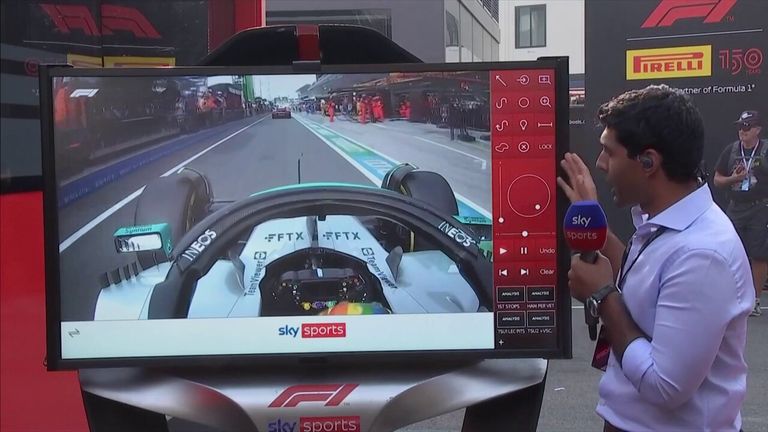 "Even though we couldn't really do our preferred strategy initially because of that VSC - it came out a bit unlucky. We had to go to that hard tyre, which was not my preferred tyre, but it just seemed like we were more competitive on the softer compound because as soon as we switched back to the soft everything was alright.

"It was just difficult to predict. After that VSC I was out on the hard, which was not great, but I think I would have managed them to the end, the gap would have been fine.

"But then of course we had to pit again with the Safety Car and you are behind. Of course I had the softer compound but they were so quick on the harder compound that I was like, 'let's see if we can actually pass them'.

"Then at the restart luckily we had a good run and I could go in the lead, and then I felt really comfortable with the car and the tyres again." 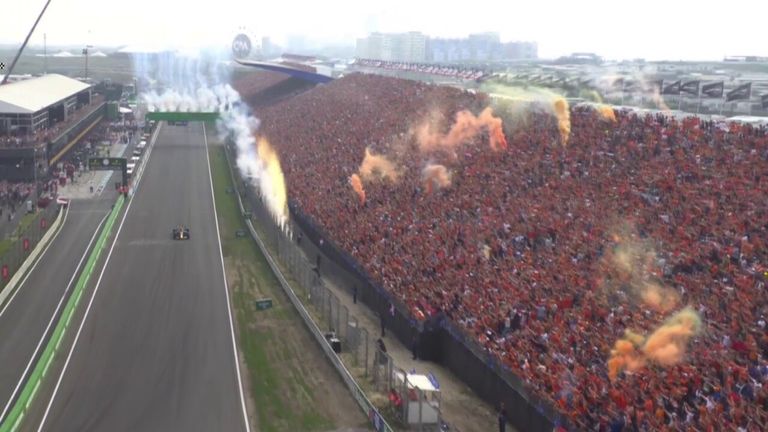 Verstappen claimed a second successive victory at his home race, following his triumph on the venue's long-awaited return to the calendar last year.

It was his first time racing at home as world champion, with a party atmosphere created by the orange-clad fans throughout the weekend.

"It's always special to win your home GP," said Verstappen, who is closing in on retaining his title with just seven races remaining this season.

"This year I had to work for it even more. An incredible weekend and I'm really happy we've got the Dutch GP."