Lewis Hamilton qualified third behind Charles Leclerc and Sergio Perez with the top three separated by just over half a tenth of a second at the Marina Bay Street Circuit; watch Sunday's race live at 1pm on Sky Sports F1, with build-up from 11.30am

Lewis Hamilton said it was "gutting" to miss out on a first pole position of the season after narrowly losing out to Charles Leclerc and Sergio Perez in a thrilling Singapore Grand Prix qualifying session.

With a drying track ensuring near constant drama throughout qualifying on Formula 1's return to the Marina Bay Street Circuit, Hamilton was always near the top of the timesheet as he appeared to have a realistic shot at pole.

With the front-runners having switched from intermediates to slicks for the pole-position shoot-out, Hamilton initially appeared to have more pace than his rivals, but as the track further improved the likes of Leclerc, Verstappen and Fernando Alonso all appeared in with a chance of sealing pole.

The Brit ultimately finished behind both Ferrari's Leclerc and Red Bull's Perez, with his time agonisingly within just over half a tenth of both the front row cars.

Hamilton said: "I was so happy. In practice two the car wasn't feeling so great, it felt good in practice one then we made some changes overnight. Obviously none of us got a good run in practice three, but as soon as I saw that we were fighting for that front row I was thinking: 'oh my god, maybe it is on today'. 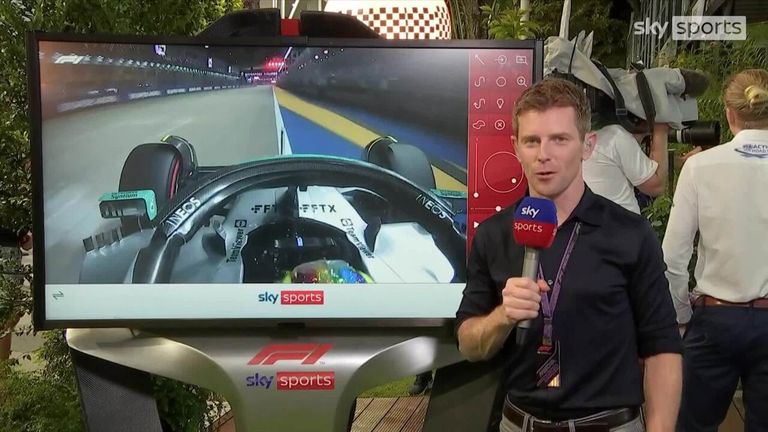 "I was just trying to squeeze out everything and that is the closest hope I have had of getting a front row this year.

"To be a half a tenth off, there was definitely half a tenth out there on track and it is gutting in one sense, but I am grateful in another."

As qualifying reached its final stages, it looked as though track position might be the decisive factor with the track rapidly improving, but that didn't prove to be the case.

Hamilton was behind Leclerc and Perez on track, and looked to be taking advantage of conditions as he set a strong middle sector, before a few mistakes in the final section of the track saw his chance slip away. 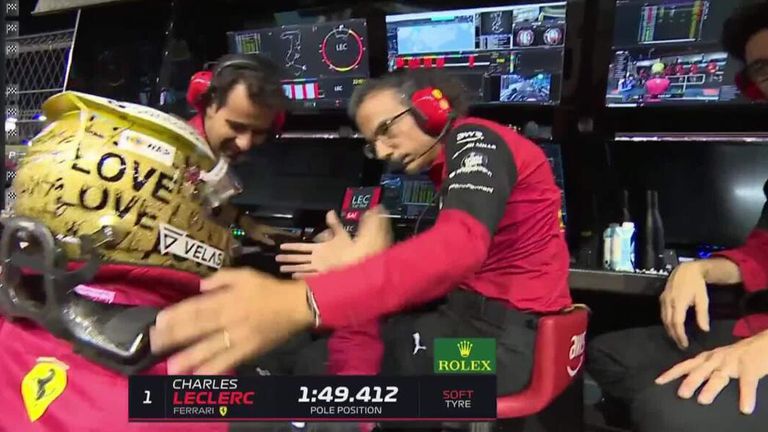 "I was pushing so hard, it was so, so close. I was trying so hard," Hamilton said. "These guys are always so quick, but I really thought maybe with a perfect lap, which was really hard to get, that we could be fighting for first place.

"I just didn't have the grip in the last lap but nonetheless, I'm grateful to be on the second row. And I'm grateful to the team for continuing to push and we just keep our head down. Hopefully tomorrow will be a better day."

As for the only car behind Hamilton on the track at the end of Q3, world championship leader Max Verstappen was on course for pole until Red Bull made him abort his lap due to concerns over a shortage of fuel left in his car. 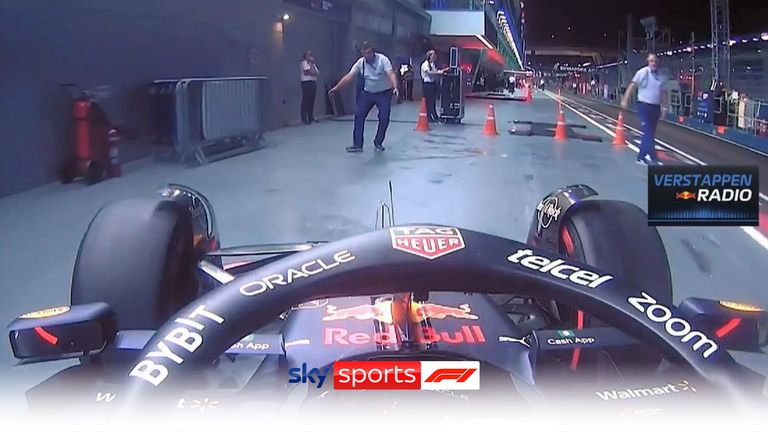 Hamilton was involved in further drama off track as he was called to see the stewards due to the fact he was wearing a stud in his nose, with the wearing of jewellery having been prohibited for drivers by the FIA this season.

The rules leave drivers wearing jewellery at risk of fines, and Hamilton has been driving without his stud to comply with the regulations.

However, the seven-time world champion explained that infections to his nose caused from taking the stud in and out so regularly meant he was given medical advice to keep it in.

Having been provided with Hamilton's medical reports, the stewards after qualifying announced their decision to take no further action against him, but did fine Mercedes €25,000 for inaccurately filling out his self-scrutiny form.

Speaking before the announcement was made that he had been cleared, Hamilton said: "It got infected loads of times and I was trying to find a solution and I went back to the clinic and that is the best way for it to heal.

"For me, it is a health part so that is the way it is going to stay and we are going to have to deal with it."