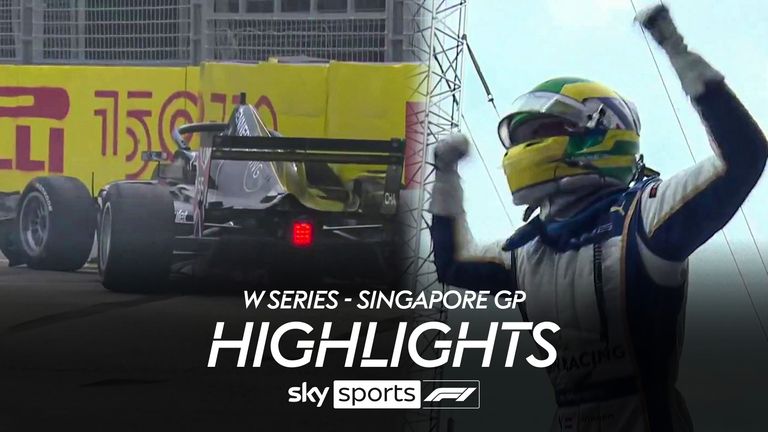 Jamie Chadwick failed to claim the W Series title after crashing out in Singapore as Beitske Visser won at the Marina Bay Street Circuit.

Chadwick, who was hoping to seal a third successive W Series title, needed to finish ahead of Visser, Alice Powell and Abbi Pulling, but had a tough task on her hands as she started from eighth after a qualifying session that was severely reduced by rain.

Chadwick jumped two places on the opening lap, but was then held up by Jessica Hawkins, eventually losing patience in the closing stages as she attempted an overtake at Turn 7 that ended with the Jenner Racing car in the wall.

The incident brought out a safety car, which came in just in time to leave a thrilling one-lap sprint to the finish, with Visser holding off Powell for victory, as pole-sitter Marta Garcia completed the podium.

The crucial moment of the race for Sirin Racing's Visser came at the start, as she got a brilliant getaway to pass Garcia off the line.

Further back in the field Juju Noda was forced into an opening-lap retirement after making contact with Nerea Marti.

Powell, who started third, drove patiently before pulling off a brilliant overtake on Garcia in as they entered the Marina Bay Street Circuit's grandstand section. 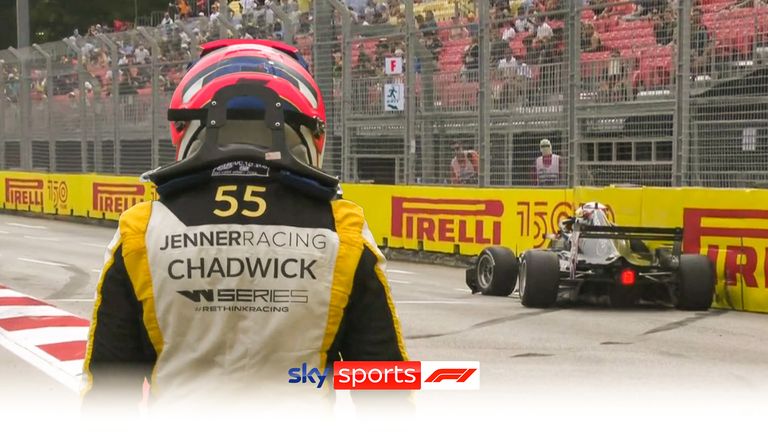 The Bristol Street Motors Racing driver then swiftly closed the 2.5s lead Visser had built at the front, but ultimately didn't have the pace to pull off another move on the Dutch driver.

Chadwick supplied the late drama as frustration got the better of her, with the crash leading to her first ever retirement in a W Series race. It also marks the first time this season that she has not finished on the podium.

Despite Sunday's disappointment, Chadwick, who has a 50-point lead with three races - worth a total of 75 points - remaining will have another opportunity to seal the title when the season resumes in Austin later this month.

Visser moves into sole possession of second ahead of Powell.