Williams announce they want Logan Sargeant to drive for them next season; the 21-year-old American needs to gain further super licence points to be allowed to drive in Formula 1; Sargeant is set to replace Nicholas Latifi and drive alongside Alex Albon in 2023 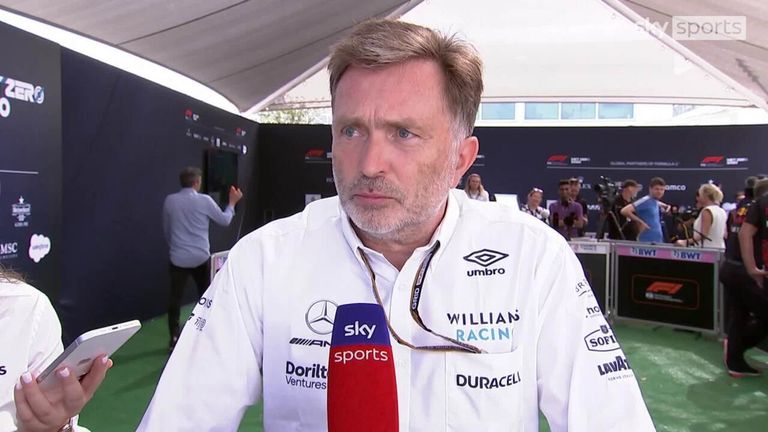 Williams have confirmed Logan Sargeant will drive for them in 2023 if he earns the required number of super licence points by the end of the current Formula 2 season.

Speaking ahead of United States Grand Prix qualifying on Saturday, Williams team principal Jost Capito announced the decision to partner the 21-year-old American with Alex Albon next season, with Nicholas Latifi's exit from the team having been confirmed in September.

Williams will only know if Sargeant can take up the seat after the F2 season finale in Abu Dhabi on November 20, but their announcement that he will drive in two further F1 practice sessions in Mexico and Abu Dhabi may lower what he is required to do on track in F2.

"We feel he's ready to race and under the condition that he has enough super licence points after Abu Dhabi he will be our second driver next year," Capito said.

"I'm a fan of getting young drivers through to F1 as quickly as possible.

"So get him in as quick as possible and find out if he's capable of staying in F1 for a long time, which we believe he is.

"In his first year in F2 he won races, and he has been qualifying very strong all his years in his career, so we believe he's absolutely ready to get into F1.

"We can have a rookie because with Alex we have a still young, but also already very experienced driver. He is established so well in the team, he's got fantastic results, he's working so well with the team so we can put the rookie alongside him."

Sargeant, who on Friday made his F1 practice debut in a Williams, currently sits third in the F2 championship in his rookie season.

If he were to manage clean F1 practice sessions in Mexico and Abu Dhabi, Sargeant would only need to finish seventh in the F2 championship to seal his super licence.

After thanking Williams for confirming his two further practice session, Sargeant said: "I'm very grateful to be given further time in the FW44 in Mexico and Abu Dhabi.

"My aim is to make the most of every minute in the car and with the team to build on the progress I've made in Austin and throughout my time on the simulator at Grove.

"Of course, my focus is on finishing my Formula 2 season in Abu Dhabi in the best position possible, and I'm sure my time in the FW44 will keep me sharp and ready for the F2 finale."