German car manufacturer Audi announced in August they would be entering Formula 1 as a power unit supplier and have now confirmed a partnership with Sauber; the Swiss constructor currently run under the Alfa Romeo banner, but that partnership will end in 2023

Sauber have confirmed they will become Audi's strategic partner when the German marque enters Formula 1 in 2026.

The Swiss constructor has run under the Alfa Romeo banner since 2019, but that partnership will conclude at the end of the 2023 season.

Sauber will then continue to run with current supplier Ferrari's power units in 2024 and 2025 before Audi take over the following year, with Audi planning to "acquire a stake in the Sauber Group".

"The partnership between Audi AG and Sauber Motorsport is a key step for our team as we continue to make progress towards the front of the grid," Sauber team principal Frederic Vasseur said. 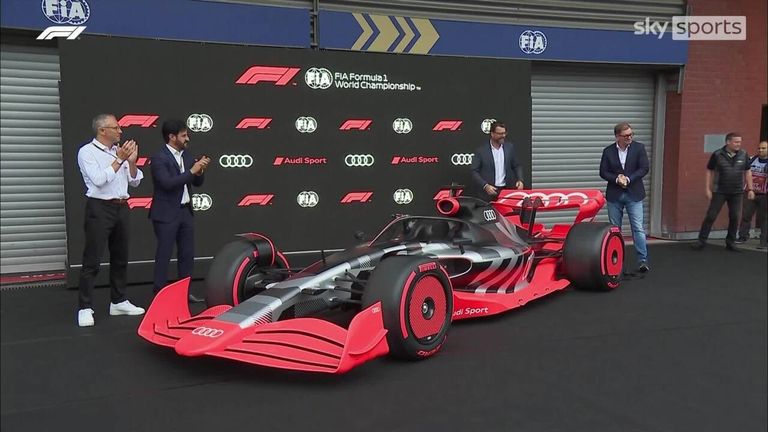 "To become Audi's official works team is not only an honour and a great responsibility, it's the best option for the future and we are fully confident we can help Audi achieve the objectives they have set for their journey in Formula 1."

It is Sauber's second full works agreement after their link-up with BMW in the 2000s and owner Finn Rausing said Audi were the "best strategic partner" for the company.

The goal now will be to return to at least the upper midfield.

Sauber, who first debuted in Formula 1 in 1993, partnered with Alfa Romeo in 2018 but have still been operating at a smaller budget than nearly all of their rivals, and have been towards the back of the grid since.

A link-up with Audi will certainly help their cause.

"We are delighted to have gained such an experienced and competent partner for our ambitious Formula 1 project," said Audi board member Oliver Hoffman, who is responsible for the F1 programme at corporate level.

"We already know the Sauber Group with its state-of-the-art facility and experienced team from previous collaborations and are convinced that together we will form a strong team."

Stefano Domenicali, president and CEO of F1, said: "It is great news to hear that Audi will have a partnership with Sauber for their entry into Formula 1 in 2026.

"The combination of those two names is a very exciting prospect for our sport. It highlights the strong momentum that Formula 1 has and the belief in our strategy to further grow and enhance the sport while delivering on our sustainability plans to be Net Zero Carbon by 2030 with advanced sustainable fuels in the cars in 2026.

"We look forward to seeing their progress over the coming years and the car on the grid for the team's first race."

Audi confirmed in August they would be entering Formula 1 in four years' time as a power unit supplier and had been previously linked with a partnership with McLaren. Fellow Volkswagen brand Porsche, meanwhile, saw a deal fall through with Red Bull but still retain an F1 interest.

Audi will develop engines from their German base, with the chassis still expected to be developed at Sauber's Switzerland base.

The new generation of F1 engines will feature increased electrical power and 100 per cent sustainable fuels.