George Russell claimed the first Grand Prix victory of his career by holding off Mercedes team-mate Lewis Hamilton to win at Interlagos; the one-two also ensured a first victory of the season for Mercedes in the penultimate race of the campaign 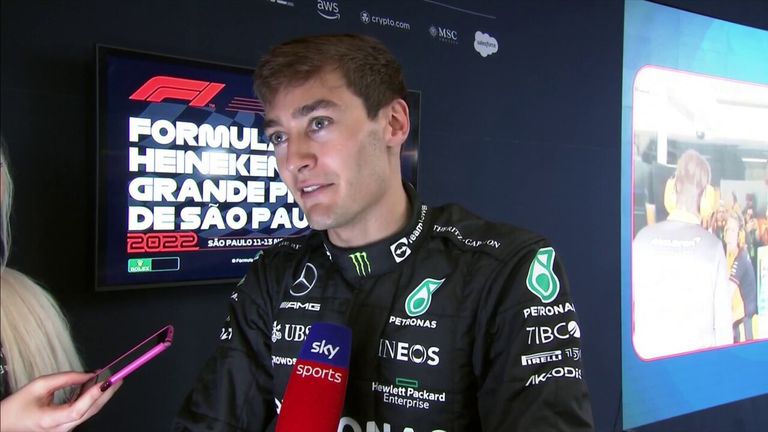 George Russell said it was "incredibly emotional" claiming his first F1 victory after being put under "so much pressure" by team-mate Lewis Hamilton in the closing stages of the Sao Paulo Grand Prix.

Russell on Sunday added his first Grand Prix triumph to the maiden Sprint victory he had sealed a day earlier at Interlagos, also giving Mercedes a first win of their turbulent 2022 campaign.

The victory caps a brilliant debut campaign with Mercedes for the 24-year-old, who leads seven-time world champion Hamilton by 23 points going into next weekend's season finale in Abu Dhabi.

"It was incredibly emotional," Russell said. "It has been such a journey my whole family have been on since the beginning.

"Then since getting into Formula 1, through Williams, the struggles, the highs, the lows there. 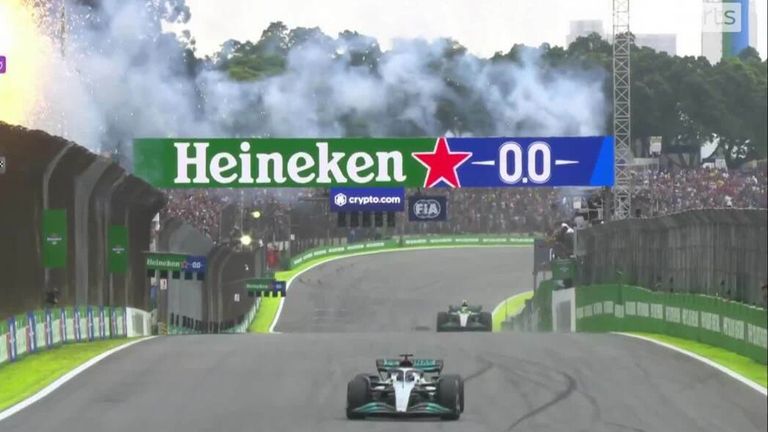 "Then joining Mercedes and the struggles we had at the start of the season.

"This is a victory to be taken and I am so happy to cross that line and I am so proud of the whole time and the work we have done this season."

Russell produced a faultless drive to hold a comfortable advantage going into the latter stages of the race, but Lando Norris' retirement brought out a Safety Car, which allowed Hamilton to close the gap before the race resumed with 11 laps remaining. 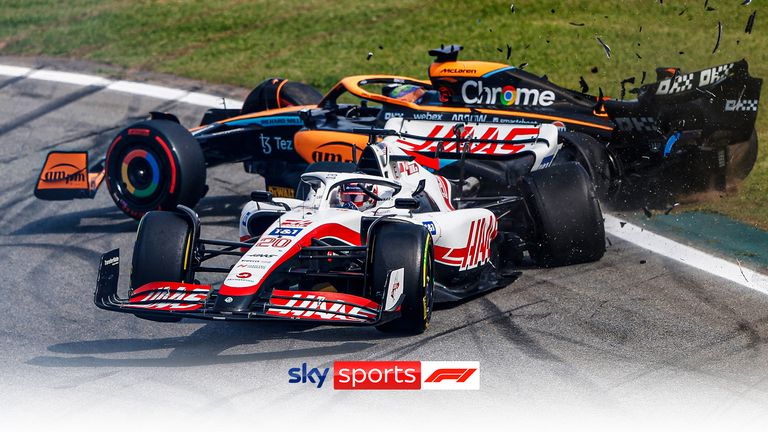 Hamilton was given permission by Mercedes to fight with Russell for the win, but the younger driver stayed calm to maintain an advantage of over a second, preventing his team-mate from getting into DRS range.

"It's definitely not sinking in," Russell added. "So many emotions crossing the line.

"I guess you dream of this moment. Floods of tears were coming out within five seconds of crossing that line and I think it's also because those last 10 laps, Lewis put me under so much pressure.

"I know how quick he's been recently and I was like, 'I can't make one single mistake here because he's going to be on me'.

"When you do have Lewis as your team-mate, it is difficult to keep performing every single session because he is always on it.

"I feel so fortunate to be alongside him and I am learning so much and he is really, really pushing me." Hamilton, who remains on course to end an F1 season winless for the first time in his career, experienced a far more action-packed race than Russell as he bounced back from an early crash with Max Verstappen.

At the restart following a Safety Car period triggered by a first-lap crash, Hamilton was attempting to defend his second place from Verstappen when the pair crashed approaching the second corner.

The stewards ruled Verstappen was at fault and gave the world champion a five-second time penalty for causing the collision.

Hamilton dropped to eighth, but surged back into contention before the second Safety Car of the race gave him hope of victory.

"Huge congratulations to George, this is a wonderful win for him," Hamilton said.

"A bit more straightforward of a day for him than me, but still I'm grateful I could get back up there and get a one-two for the team.

"He did an amazing qualifying [Sprint] yesterday, so he truly deserves it."

Mercedes team principal Toto Wolff, who was not in Brazil for the race, heaped praise on both of his drivers as he joined the Sky Sports F1 post-race show by video link.

Russell joined Mercedes as a teenager before spending his first three seasons in F1 at Williams, where he impressed enough to convince Wolff to replace Valtteri Bottas with him for this season.

"He [Russell] had a fantastic day today, he had the pace, withstood the pressure at the end," Wolff said. 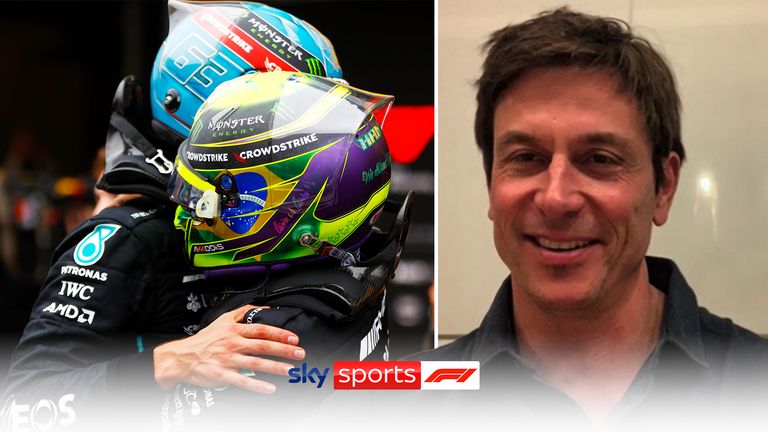 "But also, about Lewis he was pushed out and came back. We were one and two. For the team, such a good result."

There has been little tension between the Mercedes drivers in Russell's debut campaign, with the team rarely fighting for victories and mostly focused on overcoming the multiple issues that left them way off the pace for most of the season.

Looking ahead to the possibility of competing for race victories more regularly in the future, Wolff insists he would prefer to have two competitive drivers than a "puppy" in the team.

"They are both alpha drivers and this is good," he added.

"We don't want a puppy in the car. We mange that as well as we can."