Martin Brundle on Ferrari's team boss changes: "If I was Mercedes or Red Bull right now, I'd be smiling because continuity is everything."; Brundle on McLaren's: "Lando Norris will be looking at it thinking, why has Andreas Seidl jumped ship?" 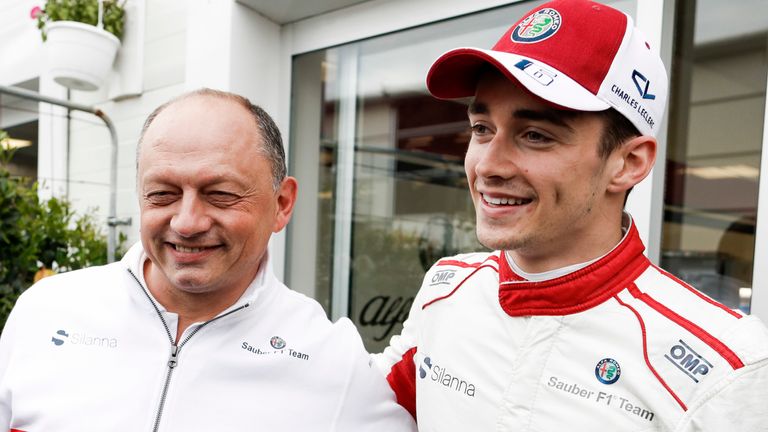 Sky Sports F1's Martin Brundle has delivered his verdict on Ferrari and McLaren's team boss changes, claiming Mattia Binotto's exit is good news for Mercedes as they bid to bounce back in 2023, and that Andreas Seidl's is worrying for Lando Norris in his search of race and title wins.

Formula 1's off-season became a 'silly season' on Tuesday with a reshuffle of team bosses, as Frederic Vasseur was confirmed as Binotto's successor at Ferrari, while Seidl left McLaren to take the vacant Sauber role.

Vasseur, whose move was less of a surprise and who will start on January 9, will be tasked with turning Ferrari from title challengers - as they were in 2022 after years off the pace - into winners for the first time in 15 years.

Brundle, however, believes the timing of the "fundamental" change will leave Ferrari's main rivals Mercedes and Red Bull "smiling".

"I'm not quite sure why Ferrari would choose now to have a month without a boss," Brundle told Sky Sports.

"I do think they should have given Binotto more time. 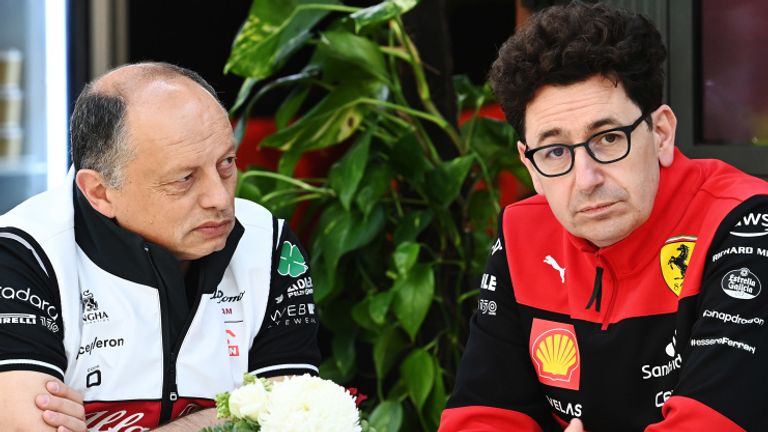 "If I was Mercedes or Red Bull right now, I'd be smiling because continuity is everything.

"As Formula 1 seasons get longer and more intense, you have to be careful of these sea changes of personnel.

"Mercedes have got real continuity, as have Red Bull in key personnel. Fred Vasseur has got to go in and find his way, get established, understand, and it's a tall order.

"It doesn't matter who you are, it's going to take time unless you are a part of the fabric like [former boss Stefano] Domenicali was and like Binotto has been. "It is such a fundamental change and it will destabilise them in the short term, it has to. Everybody will be slightly off balance thinking, where do they stand, and what's next. They'll be in limbo."

Mercedes finished third, behind Ferrari and dominant champions Red Bull, this year as their record eight-year streak of titles was ended. But Brundle added: "They will be smiling because they know what's wrong with their car and I think they'll come back with a much stronger in 2023.

"I do see Mercedes bringing the fight to Ferrari and Red Bull next season."

Seidl's departure from McLaren after three years with the team was the biggest shock of Tuesday, even if it was not internally with CEO Zak Brown revealing he was going to leave for Sauber anyway in 2025.

Seidl's fast-tracked move to Sauber to oversee its transformation into the Audi F1 team has led to McLaren promoting Andrea Stella from within, and while Brundle is not panicking about his former team, he believes Seidl's exit is a blow.

"There's no doubt about it, losing Seidl is bad news for McLaren going forward," said Brundle. "But this is not what they needed."

It's also, according to Brundle, not what Norris needed.

Norris has emerged as one of F1's most exciting young talents in recent years but unlike counterparts George Russell and Charles Leclerc, he has not yet had a car to compete for race or title victories.

Norris is signed up until the end of 2025 with McLaren but frequently hinted at frustration this season.

"The big thing for McLaren is their new wind tunnel in 2024," said Brundle. "So Lando will be looking at it thinking, why has Andreas jumped ship? What has Andreas seen at Audi, that he much prefers to McLaren?

"Oscar [Piastri, new signing] will be disappointed as well because he would have done all the discussions, all the imaginations, with Andreas, for Oscar to join and Lando to stay.

"Lando is very close to Zak (Brown) and he is doing a great job there, there's a good structure at McLaren. I don't panic in the slightest for them, but you can't read this as good news."