Toto Wolff: "This championship is going to go very long, and we believe that there is lap time left in our car, in our power unit and in understanding the set-up rather than adding a tenth or two in downforce" 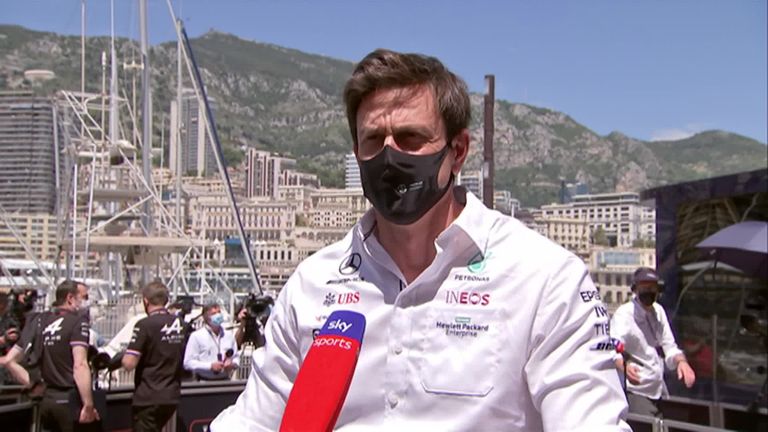 Mercedes boss Toto Wolff has said the world champions plan to introduce only "tiny tweaks" to their 2021 car over the rest of the season, as they are now working "flat out" on next year's big rule changes.

The reigning seven-time double champions lead this year's standings again but appear set to be locked in a season-long fight to retain their crowns against Red Bull after head-to-head duels at all four races so far.

But with the spectre of one of biggest technical overhauls for decades looming for 2022, Wolff has signalled Mercedes will largely now work with what they have on the current W12 - rather than continue to chase incremental developmental improvements deeper into the scheduled 23-race campaign.

"There will be tiny tweaks [to the W12] that will be coming but I think it's more understanding the concept of this year's car, it's where we are looking for lap-time gain."

Red Bull, determined to wrestle the championship titles away from Mercedes for the first time in the current turbo-hybrid engine era, have brought further aerodynamic updates to their RB16B for this weekend's Monaco GP.

Wolff believes Mercedes' approach can pay off, certain there is more untapped inherent potential in the W12's chassis and power unit to find.

"We are confident that we can fight for it," added Wolff, whose team have won three races to Red Bull's one so far in 2021.

"This championship is going to go very long, and we believe that there is lap time left in our car, in our power unit and in understanding the set-up rather than adding a tenth or two in downforce.

"Next year's rules are going to be there for many years and if you start with a disadvantage that's going to obviously bite you not only next year but in the years to come."

All teams are having to balance the challenge of trying to be as competitive as possible this season while ensuring they are not left behind at the start of 2022 when the new regulations arrive.

Ferrari earlier this month said they had already switched 90-95 per cent of their resources to next season's car, while backmarkers Haas have openly said all year they are putting all their development effort into 2022's regulations.

Delayed by a year due to the pandemic, F1's new-look challengers will have simplified aerodynamics in a bid to promote closer racing and the return of ground effect, along with larger 18-inch wheels and lower-profile tyres.