Can Mercedes get back into the mix with their much-needed upgrades? Karun Chandhok: "It's a really important weekend for Mercedes to get their car concept to work"; Live Spanish GP coverage on Sky Sports F1 this weekend, starting Friday Mercedes have provided a first glimpse of the car upgrades they hope will get their season back on track at this weekend's Spanish GP.

F1's world champions for the past eight seasons have fallen well behind frontrunners Ferrari and Red Bull at the start of 2022's new era and the Spanish GP is crucial as Mercedes both bring much-needed updates, and compare them against the car they debuted at pre-season testing.

Mercedes boss Toto Wolff suggested that after Barcelona, the team would know whether to continue with their current 'no-sidepod' car or change concepts completely, putting an end to their already slim title hopes.

The W13 car was rolled into the garage on Thursday in Barcelona and - while there will be much more clarity around the new parts during Sky Sports F1's exclusively live Spanish GP coverage, starting Friday - there are already clues that the Silver Arrows have a few tricks up their sleeve.

In pictures taken from the pit-lane, small winglets can be seen underneath the car towards the front wing, with Mercedes seemingly following a design Ferrari and Red Bull have used at the start of the season.

The parts will be to improve airflow at the front of the car.

There also appears to be subtle changes to the floor, an area of weakness for the porpoising Mercedes so far this year, with the edge of the floor tweaked on the W13.

The changes follow a filming day for Mercedes at Paul Ricard on Wednesday, where Sky Sports understands Mercedes shook down the car they intend to run this weekend.

George Russell, who leads Lewis Hamilton in the championship, drove the revamped car at the behind-closed-doors test, with Mercedes now having used both of their allocated two filming days in 2022.

F1 teams are allocated two filming days each season, with Mercedes electing to use their second of the year at Circuit Paul Ricard in southern France.

As always on filming days, Mercedes had to run on demo tyres from Pirelli while they were also limited to just 100km, the equivalent of 17 laps.

The team are still confident they can unlock their 2022 pace - as they did in Miami practice - over a full Grand Prix.

Mercedes are currently third in the standings, 62 points behind Ferrari, who narrowly lead Red Bull.

'Big weekend for Mercedes in Barcelona'

"I think it's a really important weekend for Mercedes to get their car concept to work. 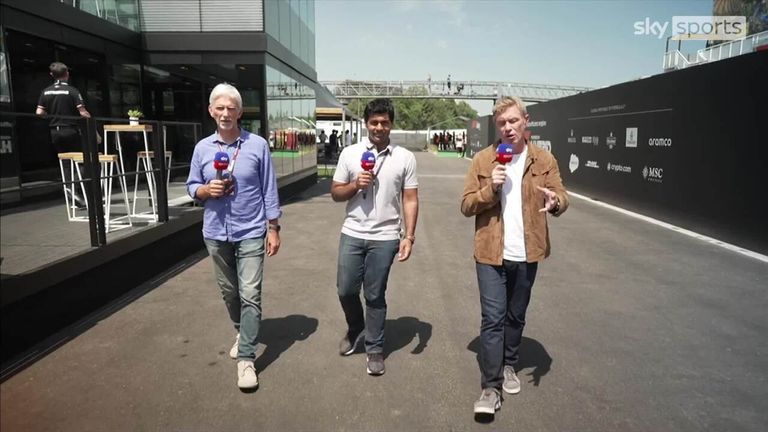 "They had a filming day earlier this week where they would have had a chance to evaluate things. It's a private day so there would be no external cameras or images.

"I think this is a big weekend for them. If they want to get themselves into the championship fight for the rest of this season, they can't really leave it much longer than this."