Barcelona weekend shaping up to be another tight Max Verstappen vs Lewis Hamilton head-to-head after Red Bull come to the fore in final practice; Watch Qualifying live at 2pm on Sky Sports F1, with build-up from 1pm 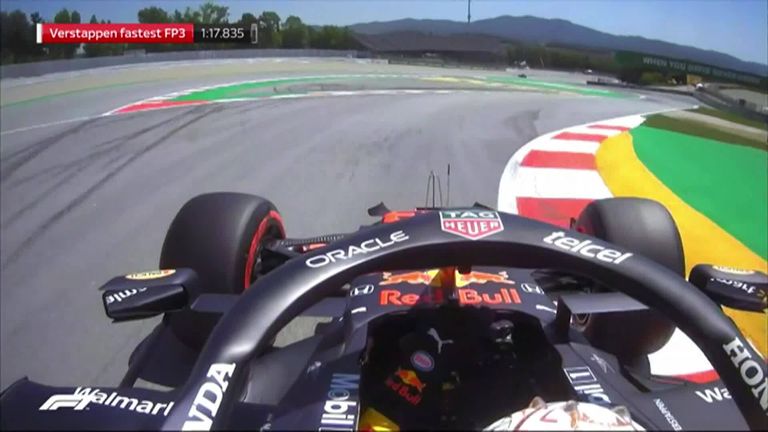 Max Verstappen proved that Red Bull are right in the hunt to end Mercedes' long dominance of Spanish GP qualifying by narrowly outpacing Lewis Hamilton in a hugely-competitive final practice session at Barcelona.

As suspected, Verstappen's ninth-place finish on Friday was the ultimate red herring after the Dutchman outpaced Hamilton by two tenths of a second on Saturday morning with a best lap of 1:17.835.

Verstappen has now topped all four Practice Three sessions this season, although his conversion ratio for pole position in qualifying is currently one from three. Mercedes have claimed the last eight Barcelona poles.

"It's great to see," said Sky F1's Jenson Button of the Red Bull-Mercedes duel. "Yesterday we were wondering where the Red Bull was, and today Max has just put in a lovely lap. But still there's more time in the last sector for him. But the same for Lewis, neither of them got the last sector together.

"The two of them are very, very close in lap time so a great fight today."

The top two had a half a second on third place, with Valtteri Bottas only fifth after not getting his soft-tyre lap together and slipping behind the fast and improved Ferraris. Charles Leclerc was third with team-mate Carlos Sainz fourth. 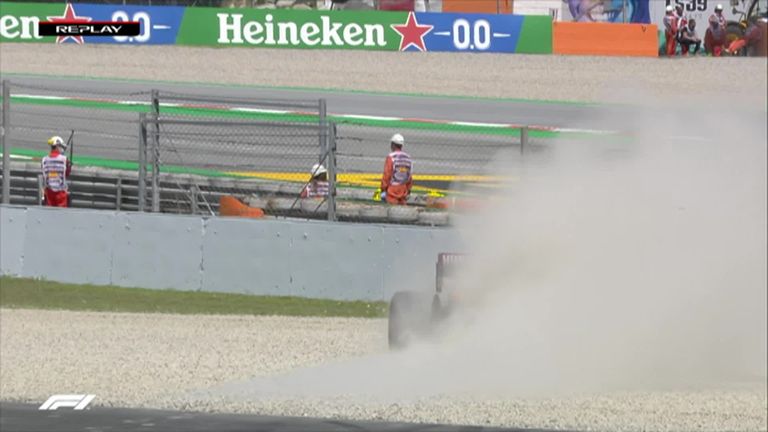 While less than one second covered the top 13 cars over the 2.9-mile lap, the midfield group was separated by just 0.4s with a host of teams ready to battle for the Q3 positions.

Lando Norris was sixth despite a trip through the Turn 10 gravel trap as McLaren moved forward from where they were on Friday, with AlphaTauri's Pierre Gasly seventh ahead of the other McLaren of Daniel Ricciardo. 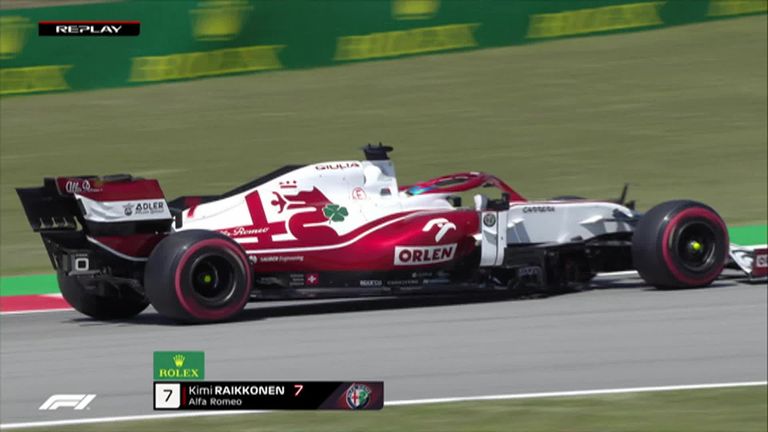 Kimi Raikkonen was the session's surprise performer in ninth for Alfa Romeo, just eight tenths of a second off Verstappen's pace and ahead of the other Red Bull of Sergio Perez, who has been adrift of his team-mate's pace so far this weekend.

Qualifying begins at 2pm, with Sky Sports F1 build-up from 1pm, at the Circuit de Catalunya.