Only one practice session before qualifying at 6pm on Friday and Max Verstappen sets a dominant pace, with McLaren's Lando Norris just ahead of Lewis Hamilton in second place; Silverstone Qualy show on air at 5.25pm on Sky Sports F1

F1 championship leader Max Verstappen made an impressively fast start to the revamped British GP weekend by dominantly setting the pace in the only practice session before qualifying later on Friday.

Silverstone is trialling a new weekend format which sees the addition of F1 Sprint - a 17-lap dash to set the grid for Sunday's race - on Saturday afternoon added to the schedule.

There are only two practice sessions compared to the usual three, with only one of those taking place before qualifying at 6pm.

Hitting the ground running is therefore especially imperative this weekend and Verstappen, winner of four of the last five races and the 32-point championship leader, certainly did that in Practice One at a sun-kissed Silverstone. 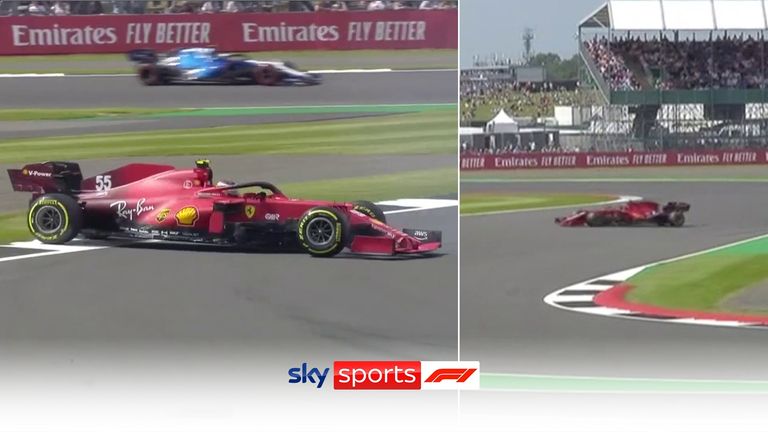 Norris has been one of 2021's most consistent and impressive drivers but has endured a difficult build-up to his home race after being mugged following Sunday's Euro 2020 final at Wembley.

Yet he was commendably straight back into his groove on track in his McLaren, finishing second - one thousandth of a second quicker than Hamilton - despite running slower tyres compared to the world champion.

"He seemed to have turned it [the engine] up compared to Hamilton, but it was impressive to still be up there in second," said Sky F1's Jenson Button.

Mercedes' W12 ran upgraded parts in the session as they bid to claw back performance from Red Bull but Hamilton, after being told of the large gap to Verstappen on the soft-tyre simulations, said over Mercedes radio: "Seven tenths? Where does that come from?"

Ferrari started their weekend strongly with Charles Leclerc and Carlos Sainz, who spun, sandwiching Mercedes' Valtteri Bottas in fourth and sixth places respectively on the timesheet.

Aston Martin's Sebastian Vettel, a two-time victor at Silverstone, was seventh ahead of Red Bull's Sergio Perez, who finished 1.1 seconds adrift of his team-mate Verstappen.

When's Qualifying?
The usual three-part knockout qualifying hour is still taking place, but at Silverstone, it moves from its usual Saturday afternoon slot to Friday evening. It's live at 6pm on Sky Sports F1, with build-up from 5.25pm.

That hour-long session will progress through Q1, Q2 and Q3 as normal to find the fastest driver and determine the 1-20 order.

But there are two differences to normal to note.

All drivers must run on soft tyres (the fastest available compound of the weekend) throughout and the results, as mentioned, set the starting order for F1 Sprint on Saturday as opposed to the Grand Prix on Sunday.

Short, fast and, as you'll see below, without the strategic intricacies of Sunday's big race, F1 Sprint is, as its name suggests, designed to be a flat-out sprint for drivers from start to finish. No pit stops are expected.

The 20 drivers start in the order they qualified on Friday evening - more on that below - and their finishing positions 100km later will be the positions they line up in for the start of Sunday's Grand Prix.

If you win, you're starting Sunday's race from pole position; if you're 10th, you start in that same spot one day later, while if you hit technical trouble or crash out, you'll be at the back and left with it all to do. 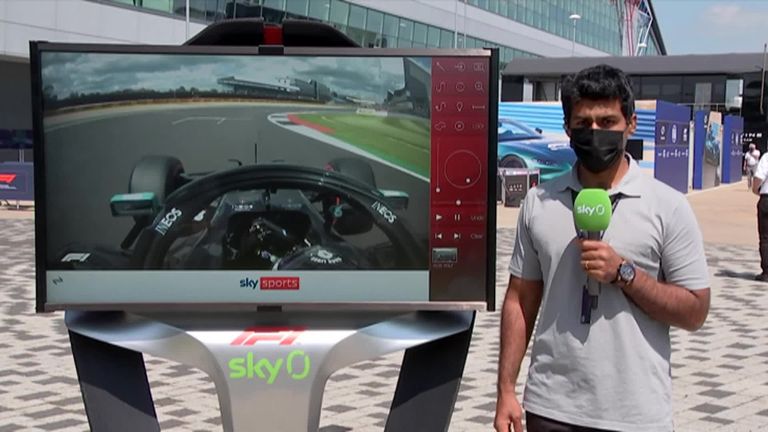