F1's race director on Hamilton's Sochi penalty and why it was correct; F1's champion again questions motive behind rule changes amid Merc dominance

FIA race director Michael Masi says stewards imposed a time penalty on Lewis Hamilton at the Russian GP in line with regulations - and that F1's world champion is not being singled out.

Speaking to Sky Sports F1 immediately after the race, Hamilton had said: "I'm pretty sure no one's got two five-second penalties for something so ridiculous before.

He also claimed that "they're trying to stop me, aren't they?" 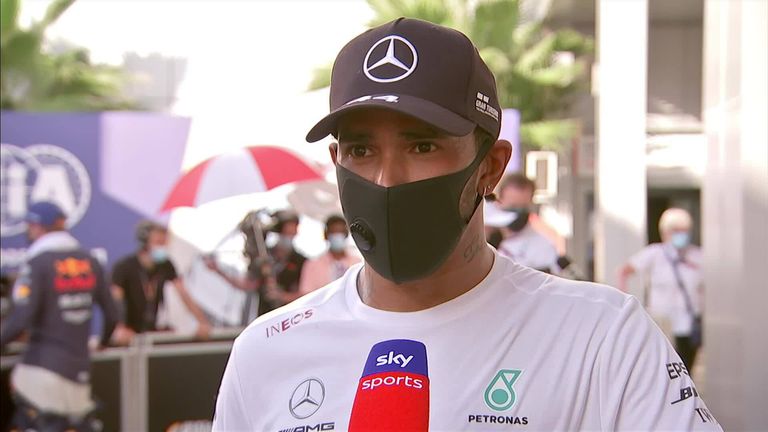 Although Hamilton rowed back from the apparent suggestion that he was being directly targeted in the later post-race news conference - saying "I don't necessarily think that it's for me" - he again said that he felt as though regulations were being changed amid Mercedes' F1 dominance "to keep the racing exciting".

In regards to Sunday's penalty, which saw Hamilton penalised with a combined 10-second sanction for a pre-race practice start in the wrong place in the pit lane, Masi said there had been a rules transgression.

"We have the stewards as an independent judiciary to adjudicate those, and therefore there was an infringement and it doesn't matter if it was Lewis Hamilton or any one of the other 19 drivers, if a breach has occurred of the regulations they will consider it on its merits," the FIA race director was quoted as saying by F1.

"And also further to that I would say adjudicate it equitably and fairly in the circumstances, taking all of the key elements into account." 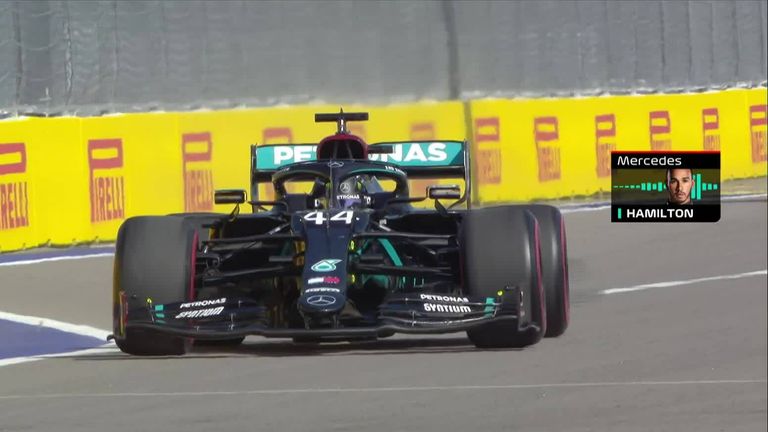 Hamilton had said he had made practice starts further down the pit lane before without penalty but, while explaining why the FIA mandated where drivers can make launches from in the pit lane, Masi added: "The practice start location is obviously very circuit specific and detailed in the event notes. So at every other event Lewis has, along with all the other drivers, complied with the requirements of where they perform a practice start in accordance with the race director instructions.

"I would say that the reason why we determine where the practice start location is is for the safety of all drivers, and also so everybody is aware of what is actually happening."

Mercedes boss Toto Wolff said the world champions ultimately had to "analyse why we made the mistake and take the penalties on the chin", but does believe that there is "some room for interpretation with the practice start rules".

The six-time champion said he felt as though Mercedes were under particularly scrutiny - citing the recent engine mode changes as one example.

"I don't necessarily think that it's for me, I think probably most teams - whenever a team is at the front, obviously they are doing a lot of scrutiny," said Hamilton.

"They are changing rules, such as the engine regs, lots of lots of things to get in the way to keep the racing exciting, I assume.

"I don't know if the rules - in terms of what happened today - was anything to do with it but naturally that's how it feels, naturally it feels like you we're fighting uphill but it's OK, it's not like I haven't faced adversity before so we just keep our heads down and keep fighting and keep trying to do a better job and be cleaner and squeaky clean."

Hamilton said he would go through the sport's regulations with Mercedes to ensure they are not punished again.

"I guess we'll go through the rule book and pick out areas where they can create rules, areas where penalties have never been given before and we'll try and figure out all the ones that they have and try to make sure that we cover ourselves in the ones that we are aware of," said the world champion.

"Like I said before, I don't think anyone's had the penalty for that before so we'll just work hard and… we've gone through seasons before without penalties so just have to make sure I give them no reason, not even a sniff to be able to do something."

Hamilton later had the two superlicence penalty points which had accompanied the original stewards decision removed after Mercedes said the world champion had heeded their instructions about where to perform his practice starts in the pit lane.

It means Hamilton reverts to eight, rather than 10, points on his licence for the last 12 months. Drivers receive a one-race ban if they accrue a dozen points across a rolling year.