Lewis Hamilton trails Max Verstappen by six points in the title race with six races remaining - starting with this weekend's United States GP; watch all the action live on Sky Sports F1, with qualifying on Saturday at 10pm and the race on Sunday at 8pm 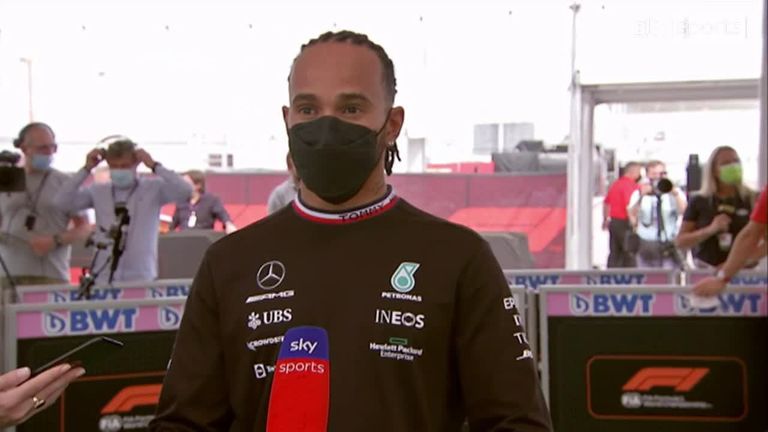 Lewis Hamilton says he is expecting a "very tight and close" battle with Max Verstappen this weekend despite Mercedes' apparent recent advantage over Red Bull, as the seven-time champion enthused over F1's return to the United States for the first time since 2019.

F1's incredible championship battle - with Verstappen leading by six points with six races remaining - will reignite this weekend with a US GP at Austin's Circuit of the Americas, the happiest of hunting grounds for Hamilton with five wins at the track, while also clinching two of his titles there.

Hamilton and Mercedes have also been installed as early favourites for the returning-for-2021 race after displaying very fast form in recent races, although while he acknowledges his team's improvement, Hamilton has played down any talk of a significant advantage.

"Of course we're trying to understand our car more and more and in the last race it was feeling great going into the weekend, and Valtteri (Bottas) did an amazing job to get maximum points for the team," Hamilton told Sky F1, referencing a Turkish GP he finished fifth in after an engine penalty.

"But I think we're coming here and over these next few races, it's still going to be very tight and close between us all. so we're just trying to focus on maximising what we have.

"We've not updated the car, we're just trying to finesse it and extract the most from it." 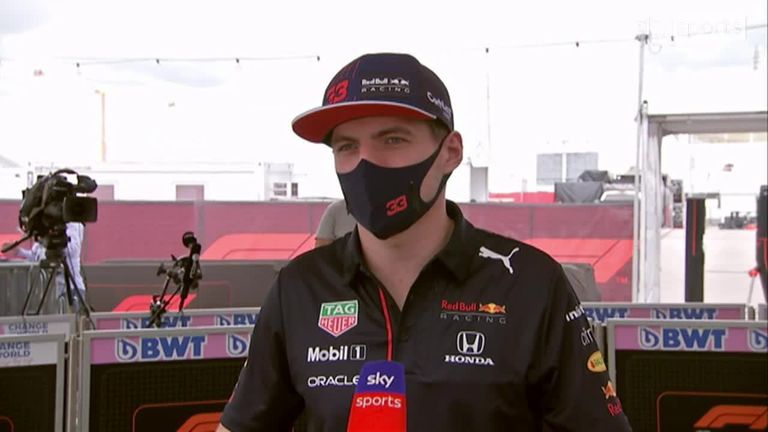 F1's title battle is now very much on a global tour with the US GP followed by races in Mexico, Brazil, Qatar, Saudi Arabia and Abu Dhabi. Many of those rounds have already been tipped to favour Mercedes or Red Bull, such as this weekend in Texas (Mercedes) and the next race in Mexico City (Red Bull).

"It's important to win every race, somehow," added Hamilton. "Maximising our points, that's our goal over these next six races.

"It's going to be incredibly difficult and there will be moments where we perhaps can edge them out and there may be places... I don't like to assume that Mexico is not going to be strong but they [Red Bull] are usually very strong in Mexico.

"A lot can happen in these six races so we'll just take it one race at a time, and give it everything we've got."

Hamilton on 'amazing' US return

Hamilton arrives at the US GP with championship deficit for the first time since his title defeat to Nico Rosberg in 2016, although he is certainly not letting that dampen his spirits.

Austin, and indeed North America, is back on the 2021 calendar after an enforced absence last year, and there is a capacity crowd expected for this weekend. "It's amazing to be back," said Hamilton, who sealed his 2015 and 2017 titles at COTA. "I've already a seen a really warm welcome some from of my fans and it's just a place of great, great memories,

"A beautiful city, we always have an amazing crowd here and great races. I'm really excited to have the fans back after two years."

Hamilton added it was also "a great track for wheel-to-wheel racing", which he predicts with Verstappen this weekend. "We've had lots of cool duels here," he said. "It's one of those tracks where you can actually follow and have good battles here, so I'm really excited."

Brundle: Mercedes and Red Bull on even ground 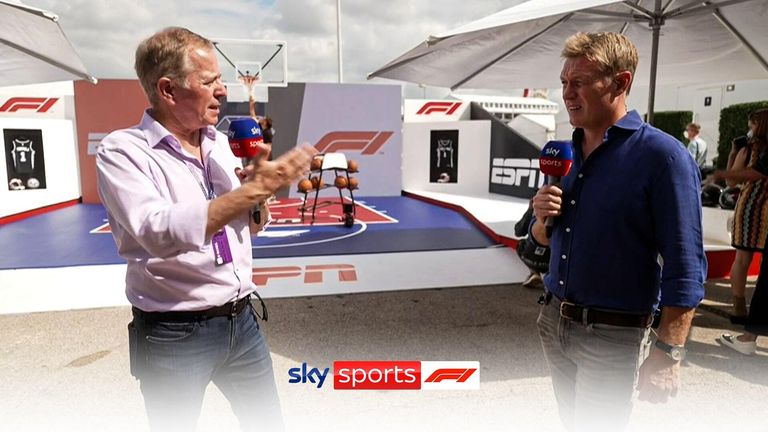 While not necessarily reflected in the points, Mercedes have outpaced Red Bull at the last three races and had a surprisingly large advantage in Turkey. Red Bull boss Christian Horner feels the world champions have made steps with their engine, although the team deny that - and Sky F1's Martin Brundle also doubts it.

"I think Istanbul was more that Red Bull had a bit of an off-weekend as well, to compound the issues. But there are concerns in the Red Bull camp that Mercedes have found some real pace, and I think it's aerodynamics."

He explained: "With the drag you have got when you are doing over 200mph, the extra engine power you need to go two or three miles-per-hour faster is huge. It's much easier with aerodynamics, especially with the engines frozen to a large degree.

"I would be surprised if it was the engine, maybe it's a little bit of everything. But there's no doubt about it, Mercedes are on great form. It was hidden a little bit with wet races and all sorts of engine penalties."

"I do feel that Red Bull and Mercedes will come here to a bumpy track with really twisty parts in the middle, on even ground."