"Obviously I didn't succeed, Lewis beat me, so it's better not to give him any advice!" quips Sebastian Vettel in press conference alongside Red Bull title challenger Max Verstappen ahead of this weekend's Monaco GP 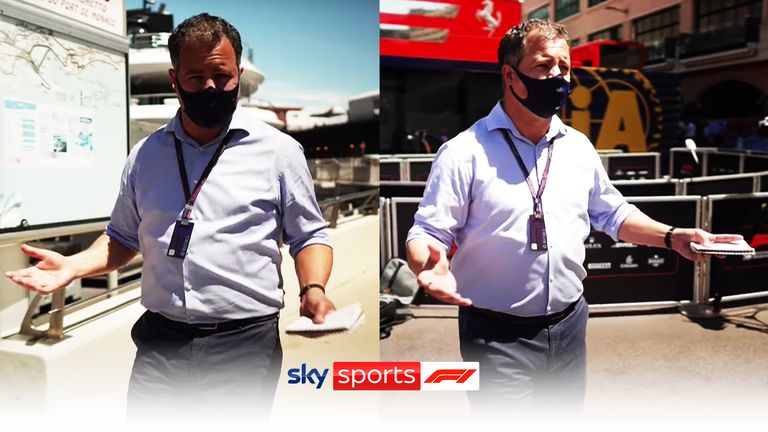 Sebastian Vettel joked he would not be offering advice to Max Verstappen after losing out against Lewis Hamilton in past title battles, as the former world champion gave his take on F1's 2021's developing duel.

The sport has arrived in Monaco for this week's legendary street race with all eyes still on the fight at the front of the field, which has produced wheel-to-wheel duels between Mercedes and Red Bull's respective star drivers in all four races so far.

While seven-time champion Hamilton is F1's perennial title-challenging force, it is a new situation for Verstappen who is eyeing his maiden crown this year.

The Dutchman's place as Mercedes' chief threat was once occupied by quadruple champion Vettel, who was paired with the Red Bull driver in Wednesday's press conference.

Vettel last went head-to-head against Hamilton in 2017-18 when the then-Ferrari driver led the standings at mid-season only to be overhauled in both campaigns.

Asked in the press conference if he had any advice to impart to Verstappen on how to battle against Hamilton, Vettel said: "No advice! "Obviously I didn't succeed, Lewis beat me, so it's better not to give him any advice!

"I guess he wants to succeed. It's a long year, there are a lot of races so, I don't know, it doesn't work like this. I'm not giving him any advice.

Vettel, currently adapting to a new life and car at Aston Martin since leaving Ferrari at the end of last year, believes the inter-team rivalry is good news for the sport.

"It's great if you are fighting for the lead and you have two drivers, two different cars fighting each other.

"We will see how it pans out over the course of the year."